Located on Southeast 37th Avenue and Hawthorne Boulevard, the five-story building covers four city lots and houses the theater and several storefronts. It was constructed by the Christman and Otis Development Company for Universal Studios and Multnomah Theater Corporation, a coalition of local independent theater owners.

The building was designed by Portland architect Lee Arden Thomas, who partnered with Albert Mercier on other theaters in Oregon, including the Italian Renaissance-themed Liberty in Astoria (1924), the Danish castle-themed Elsinore in Salem (1926), and the Spanish- and Roman-themed Hollywood (1926) and Near East-themed Oriental in Portland (1927). For the Bagdad, Thomas incorporated a Middle Eastern theme in nearly all aspects of the building's design—a response to the public's fascination with the recent discovery of King Tut's tomb in Egypt.

The Bagdad had a deep beige, stucco-over-concrete exterior and a red-tiled roof. A large marquee hung above the entrance, along with two enormous electric signs proclaiming BAGDAD—one on the roof and one spanning Hawthorne Boulevard.

Patrons entering the lobby were greeted by a decor reminiscent of a scene from Arabian Nights. The terra-cotta walls featured a mosaic of frescos highlighted with colorful stenciling. Gold, and wrought-iron lighting fixtures complimented the Mediterranean Revival-style interior. A gently sloped ramp to the balcony led to the 1,500-seat auditorium.

From 1926 through 1991, a succession of managers had considerable autonomy over the theater’s appearance and operation. In 1941, Ted Gamble renovated the interior and added a wraparound marquee and vertical sign capped with an onion-shaped dome. He booked vaudeville shows until 1948—the Will Mastin Trio with Sammy Davis, Jr., was one of the last groups to perform.

In 1973, Larry Moyer of Moyer Theaters bought the building and erected a divider wall at the balcony edge to make two separate theaters. He closed off a portion of the stage in the rear of the building and created an intimate theater called Back Stage. One Flew Over the Cuckoo’s Nest had its premiere at the Bagdad in 1975, attended by stars Jack Nicholson and Louise Fletcher and producer Michael Douglas.

Mike and Brian McMenamin bought the theater in 1991 and reopened it as the Bagdad Theatre and Pub. The balcony wall was dismantled to return the theater to a single screen, with seating for 590. Alternating rows of seats and long tables face the movie screen to accommodate the serving of food and beverages. Portland writer and director Gus Van Sant, Jr., had the screening of My Own Private Idaho at the Bagdad soon after it reopened. In 2006, the McMenamin brothers remodeled the back stage, renaming it the Back Stage Bar.

Ninety years after it was built, the Bagdad is as architecturally stunning as when crowds first poured in. Now, patrons enjoy first-run films, speakers, and live acts while relaxing with slices of pizza, burgers, and handcrafted ales. 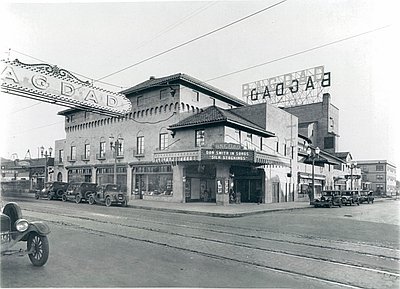 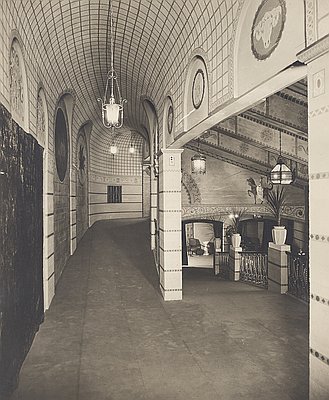 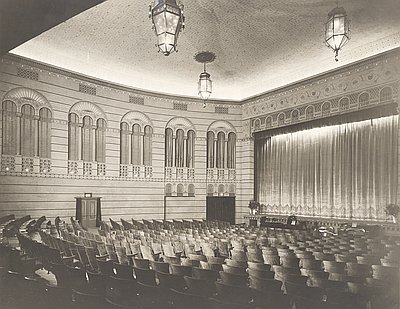 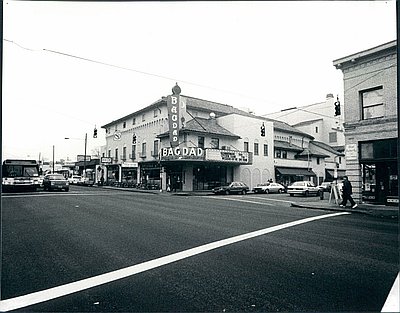 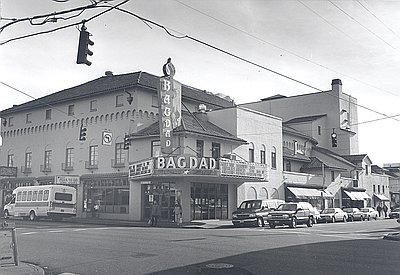 On July 17, 1926, Claude C. Jensen and John G. von Herberg, owners of a string of over thirty silent movie theaters from Los Angeles to Seattle, opened the 1,500-seat Hollywood Theatre with great fanfare as a companion to their ornate Liberty Theatre in Astoria, Oregon. Rose City Park residents …

One Flew Over The Cuckoo's Nest (film)

One Flew Over the Cuckoo’s Nest, a film based on the 1962 book by Oregon writer Ken Kesey, is regarded as one of the greatest films of all time. Made in Salem and Depoe Bay in the winter of 1975, the movie tells the story of Randle Patrick …