On July 17, 1926, Claude C. Jensen and John G. von Herberg, owners of a string of over thirty silent movie theaters from Los Angeles to Seattle, opened the 1,500-seat Hollywood Theatre with great fanfare as a companion to their ornate Liberty Theatre in Astoria, Oregon. Rose City Park residents in northeast Portland were so impressed with the building's beauty that they renamed their neighborhood the Hollywood District.

Jensen and von Herberg hired architects Bennes & Herzog of Portland and spent about $500,000 to create the Spanish Colonial Revival exterior and interior, modeled after the Roman Baths of Caracalla and the seventeenth-century Italian Basilica of St. Pietro of Lorenzo Bernini. Their goal: to transport moviegoers from the mundane into an exotic palace of magic and fantasy.

The opulent, two-story building was constructed during the golden age of theater palaces and featured eighteen-inch reinforced concrete walls, exotic exteriors—including a white, glazed terra cotta front—bright, gaudy interiors, and lavish furnishings. The fifty-foot stage with angled walls was ideal for vaudeville shows as well as a full-sized movie screen.

Opening-night patrons paid a quarter—a dime for children—to enjoy the comedy More Pay-Less Work, the theater’s own eight-piece orchestra, several vaudeville acts, and Cecil Teague on the $40,000 Wurlitzer organ. The crowds were so large that there were continuous performances from two o'clock in the afternoon until eleven o'clock that night.

Within two months of the opening, however, Jensen and von Herberg sold their theaters, including the Hollywood, to the North American Theater Corporation for a reported $6 million. The next year, West Coast Theaters—owned or leased by such major studio heads as Marcus Lowe, Louis Mayer and William Fox—purchased the building.

In the following years, the Hollywood Theatre hosted first-run films, vaudeville shows, war bond drives, civic events, and the popular children's radio program Uncle Bob and the Squirrel Cage. Talkies arrived in 1928 and widescreen Cinerama in the 1950s. For over a decade, the roomy stage was used for fashion shows and Junior Rose Festival coronations.

With the advent of television, theater attendance began dropping off in the 1960s and 1970s. In 1975, the Hollywood's balcony was sectioned off and the theater was divided into three smaller auditoriums. The original auditorium was left with about 385 seats. Many of the decorative walls were painted over, and the original light fixtures, carpets, and draperies were removed.

In 1977, Tom Moyer and Luxury Theaters operated the Hollywood as a mostly second-run theater, but attendance continued to slip. The building was placed on the National Register of Historic Places in 1983, which many people believe saved it from the wrecking ball. Two large theater chains, Act III and Regal Cinemas, had little luck running the Hollywood in the 1990s. In 1997, the theater was nearly engulfed in flames when a fire next door destroyed two buildings. By then, the roof leaked, transients camped out on the fire escape, and rodents outnumbered paying customers.

Preservationists were excited when the nonprofit Oregon Film and Video Foundation, now Film Action Oregon, bought the building in 1997 and began extensive fund-raising and restoration efforts. Under managers Richard and Ellen Bergstone Beer, the vaudeville-era dressing rooms reopened and the art deco interiors and fading wall images were recovered. The couple debuted more than two hundred films and short features, often from local artists. Today, the public is rediscovering the movie palace and is filling the seats for film festivals, comedy shows, lectures, dance recitals, and record releases. 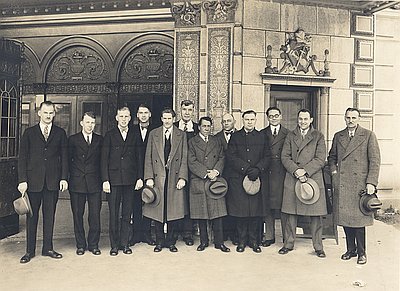 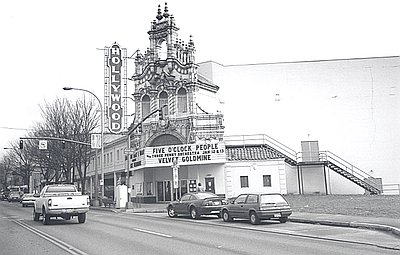 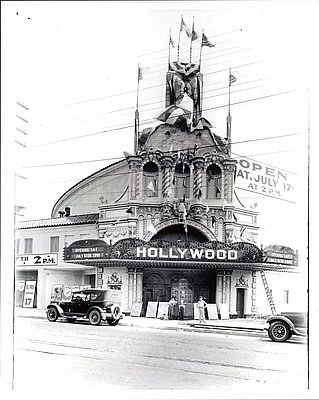 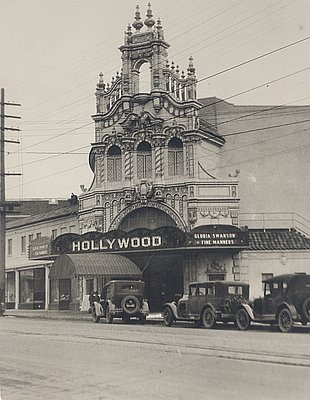 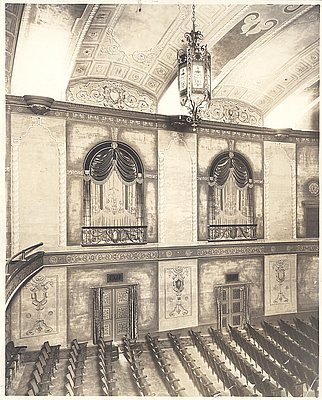 Between 1906 and 1942, Portland architect John Virginius Bennes designed many buildings in Portland, at Oregon State University (OSU) in Corvallis, and elsewhere in Oregon. Born on August 23, 1867, in Peru, Illinois, he moved with his family to Chicago at an early age. According to his American Institute of …