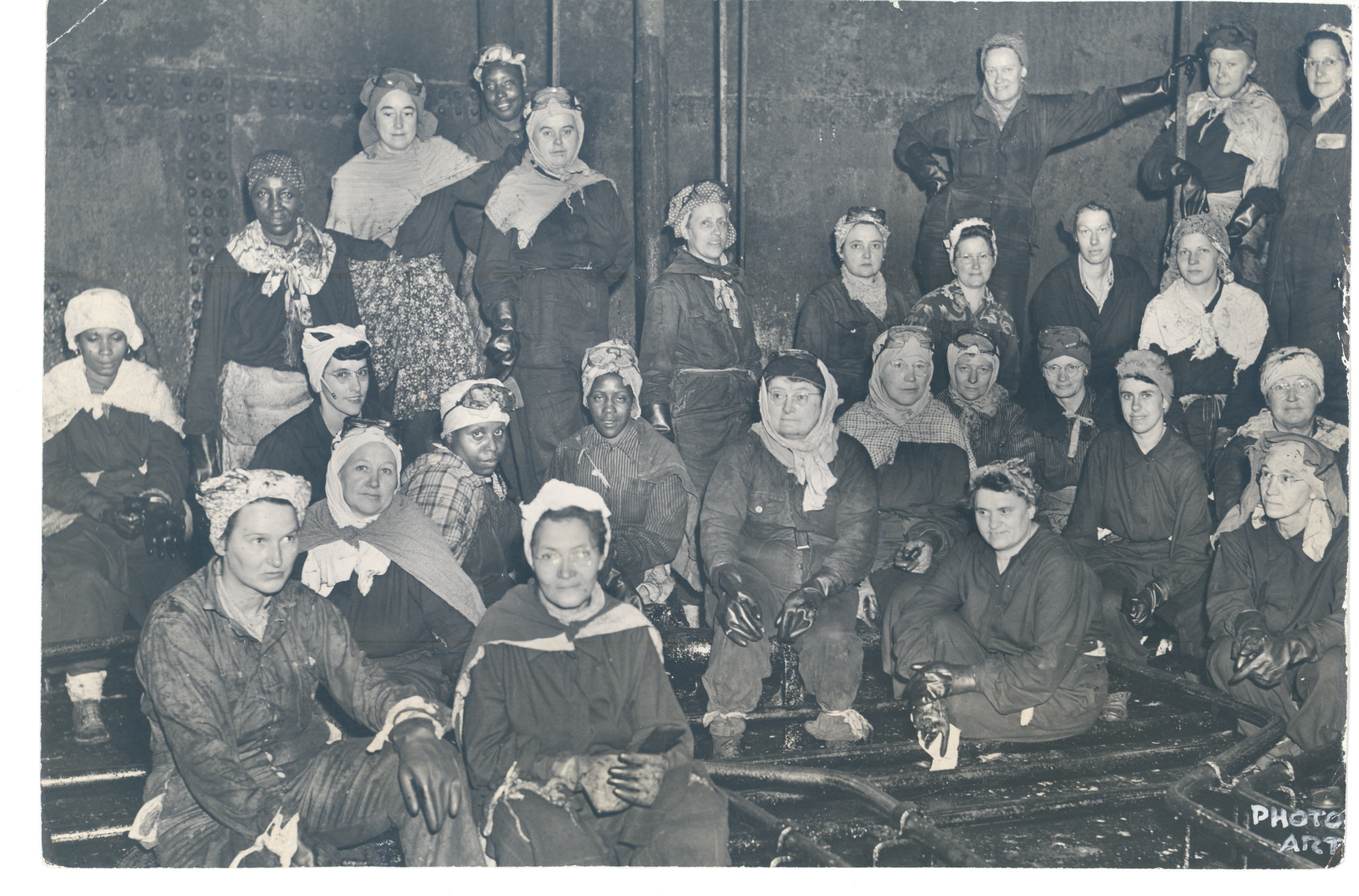 Many women found their lives changed by World War II, which transformed the nation’s workforce. Thousands of women took wage-earning jobs for the first time, a national increase of 57 percent between 1941 and 1945. At the peak of the Boeing Company’s wartime production effort south of Seattle, 46 percent of its 50,000 employees were women. At the large Portland’s Kaiser shipyards in 1944, 28,000 women comprised 30 percent of the workforce, with countless others working in smaller yards along the Columbia and Willamette Rivers. To accommodate families with children, day-care centers became an important part of urban life for the first time.

The Kaiser shipyards made an early commitment to hire women to fill construction positions at its Portland and Vancouver facilities. When the Oregon Shipbuilding Company hired two women welders in April 1942, it was the first time a U.S. Maritime Commission yard employed female workers to carry out production functions. As news circulated about the shipyard’s willingness to hire women, welding schools began training more women for the work. By early 1943, all of the major shipyards operated trainee welding programs in an effort to meet the labor shortage. Sociologist Karen Skold points out that the yards hired women at an earlier time and in greater numbers than elsewhere in the nation, a reflection of the region’s dire labor shortage. Women shipyard employees earned good wages and received equal pay with men for the same kind of work. Read the full essay here

After reading about and examining all of the photos and documents included in this packet answer the following questions.

To help you answer all of these questions visit the Oregon History Project Digital Exhibit: Women in the Shipyards, where you will find additional primary sources including photos, memorabilia, newspaper clippings, and government documents.