In 1942, after many men in Oregon had left the workforce to fight in World War II, thousands of women joined a different kind of army to work on Oregon farms. Farmers in Oregon had faced labor shortages during the summer of 1941 and expected the problem to be more severe in 1942, with the greatest need being in the Willamette Valley. In the spring of 1942, state officials registered nearly 100,000 women who said they were available for emergency farm work. The state recruited and trained women at Oregon State College (OSC) in Corvallis (now Oregon State University) and, from 1943 until 1945, worked with the Women’s Land Army (WLA) to place more than 78,000 women on Oregon farms.

Congress created the WLA in April 1943 as a division of the U.S. Crops Corps, under the U.S. Department of Agriculture. It was the largest part of the government’s Emergency Farm Labor Program, which also invited thousands of Mexican nationals to work on American farms as Braceros and recruited youth as Victory Farm Volunteers. Recruiters for the WLA appealed to women’s patriotism with publicity posters that called on women to “pitch in and help” and “harvest war crops.” Nationally, nearly 3.5 million women joined the effort.

OSC extension nutritionist Mabel Mack supervised the WLA in Oregon. Applicants had to be at least eighteen years old and healthy, and they could buy official uniforms or work in their own clothes. The women worked in both permanent and seasonal jobs, weeding, harvesting, canning, and operating farm machinery. In some places, the workers were transported to the fields in "Housewife Special" buses. The pay was low. In Oregon, members of the WLA earned between sixty and ninety cents an hour.

The WLA was just one of many ways that Oregon women contributed to the war effort. Many went to work in jobs that had traditionally been held by men. Women also planted family Victory gardens and were active in conserving resources needed for the war effort. 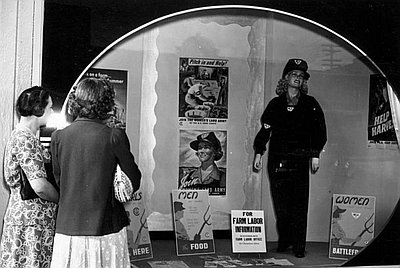 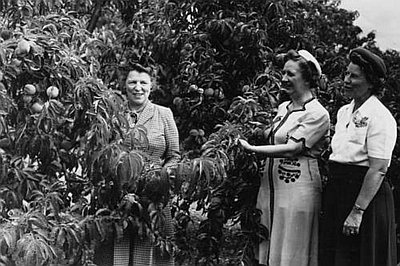 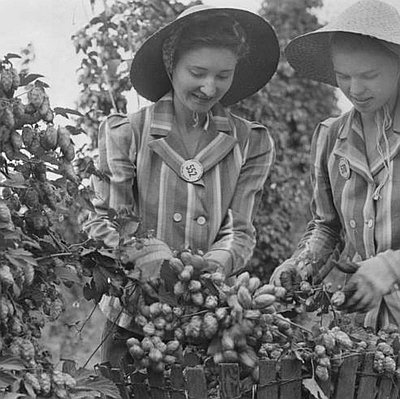 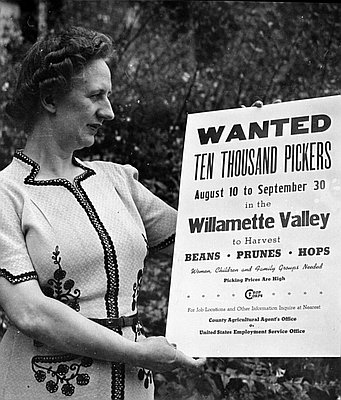 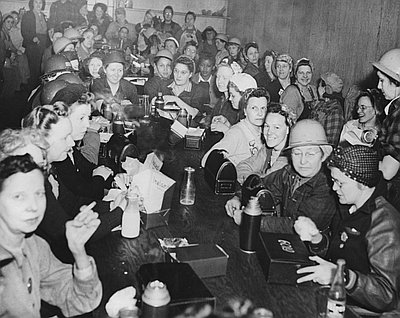 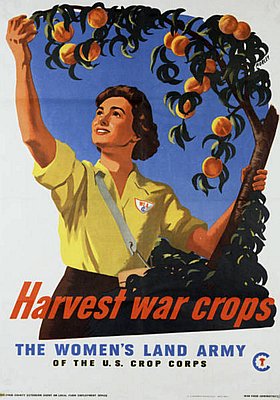