Artist Maude Wanker is perhaps best known for her prowess in watercolor. She was a founding officer of the Oregon Amateur Watercolor Society and the Master Watercolor Association, serving as president of both organizations.

Born in Oswego (now Lake Oswego) in 1882, Maude Walling showed artistic ability as a child. Her formal art education included intermittent attendance at the Museum Art School, the Art Institute of Chicago, the University of Oregon, and the National School of Art in Vienna, Austria. Beginning in 1933, Wanker began a series of paintings documenting historical sites and buildings in Oregon. Some of her nearly one hundred canvasses were exhibited in a solo show entitled Historical Landmarks of Oregon in 1935 at the Meier and Frank art gallery. Wanker had a painting accepted for exhibit at the prestigious 1939 National Exhibit of American Art in New York City.

In 1941, Wanker moved to Lincoln County, where she was the chief organizer of the Lincoln County Art Association. A year later, she founded the Lincoln County Art Center in Delake. The center became a well-known venue for many group exhibitions and one-person shows. Wanker taught composition, design, and painting at the center and gave private lessons in her studio. In 1943, Wanker and her husband, whom she married in 1901, opened the Paint Box Gallery in Wecoma, which is now a neighborhood in Lincoln City.

Maude Wanker worked tirelessly to promote art in her community and along the Oregon Coast. She was an active member of the Oregon Society of Artists, the American Artists Professional League, the Attic Club, the Lincoln County Art Association, the Oregon Amateur Watercolor Society, the Master Watercolor Association, the Oregon Watercolor Society, and the Cascades Artists Group. She was a prolific artist who exhibited in twenty states and won many awards for her work. She was listed in Who's Who in American Art for thirty years and was among the few Oregon artists who provided regional illustrations for the Ford Times publication. Her work is in the collections of the Oregon Historical Society, the State Capitol, the La Grande Library, and the Hallie Ford Museum of Art at Willamette University. 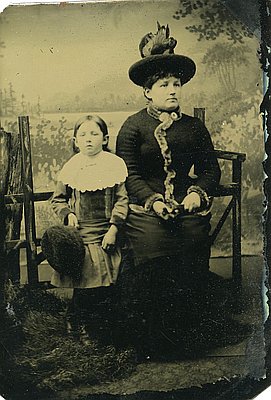