Union Peak, rising to an elevation of 7,709 feet, dominates the southwest corner of Crater Lake National Park. It is situated about six miles from the nearest portion of Mount Mazama's caldera, which holds Crater Lake. From places within the Rogue River Valley, Union Peak's unmistakable steep-sided, pyramid profile is visible along the skyline of the Cascade Range some sixty miles to the northeast, projecting well above Llao Rock and other high points that form the rim of the lake.

Union Creek originates from the snow that accumulates on the mountain's northwestern flank. Its frigid, crystal-clear waters, which drain westward about a dozen miles to join the main fork of the upper-most Rogue River, vary little in volume and temperature over the course of a year. Union Creek forms an important contributor to the superb water quality of the Upper Rogue River, a congressionally designated Wild and Scenic River.

Union Peak is an inner-core remnant of a volcano that developed between about seven and two million years ago, making it substantially older than nearby Mount Mazama. Over about two million years during the Pleistocene (Ice Age), the mountain was shaped by repeated glacial erosion, leaving the rugged, somewhat Matterhorn-like point that exists today. Herds of elk reside seasonally at the base of the mountain, and tiny pikas make their home in its scree slopes.

Union Peak was within the seasonal hunting-gathering territory of the Klamath Indians, with the Southern Molala and Upland Takelma making occasional forays there. The top of the mountain provides a dramatic viewpoint of the jagged rim of the caldera that holds Crater Lake, a place that was sacred to the Klamath people.

Although American settlers knew about Crater Lake by the mid-1850s, the first known ascent of Union Peak occurred in 1862 by U.S. Army soldiers from Fort Klamath. With the American Civil War of concern to Oregonians, the climbers christened the mountain Union Peak; the creek was named soon thereafter.

On the upper slopes of Union Peak, climbers during the 1880s noticed stacked-rock features that were likely created by Klamaths making solitary vision-quest visits to the mountain. Unfortunately, the climbers tore the structures apart searching for nonexistent treasures.

During the early twentieth century, the National Park Service erected a fire lookout on the top of Union Peak. The current trail to the summit was used to supply the lookout-manwith food and water during the summer.

Beginning in the 1860s, a wagon road connecting Jacksonville to Fort Klamath and other points east of the Cascades crossed Union Creek a short distance above its confluence with the Rogue River. After passing the site of present-day Prospect, wagons followed a dry, dusty route for ten miles north to Union Creek along the heavily forested pumice flat, paralleling and staying about a mile east of the Rogue's lava-bordered banks. Union Creek provided the first water for travelers' thirsty horses.

The crossing point at Union Creek was a favored spot to rest overnight before ascending the crest of the Cascades. By the late nineteenth century, the creek had become an important way-stop for tourists headed to Crater Lake.

In 1905, the U.S. Forest Service assumed control of the area where Union Creek flows into the Rogue River, and by 1925 the Union Creek crossing included a ranger station, store, tourist cabins, gas station, and Beckie's Café, which served huckleberry pie and other "good things to eat."

In the decades before World War II, the Forest Service permitted building of privately owned summer homes at Union Creek. During the Depression, Civilian Conservation Corps crews constructed a large campground, a rustic picnic shelter, and other facilities. In 1945, the Union Creek Lodge, built a few years before across the Crater Lake Highway from Beckie's, included among its guests Hollywood stars Dana Andrews, Susan Hayward, and Brian Donlevy, who were filming Canyon Passage nearby.

In 1980, the resort buildings, summer homes, and CCC-era Forest Service structures were listed on the National Register of Historic Places as the Union Creek Historic District. 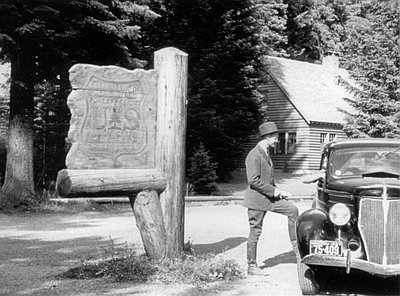 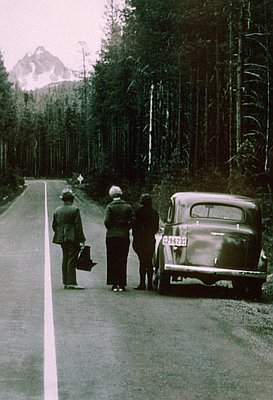 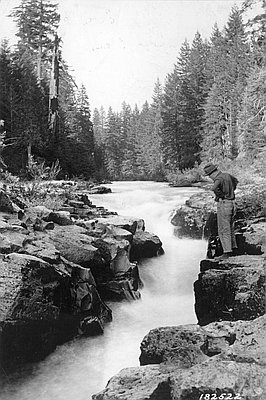 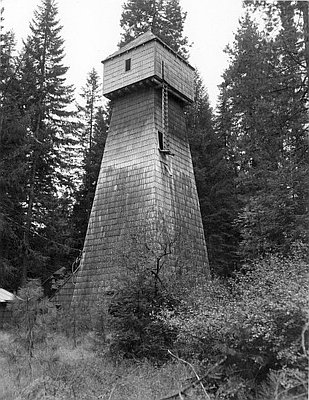 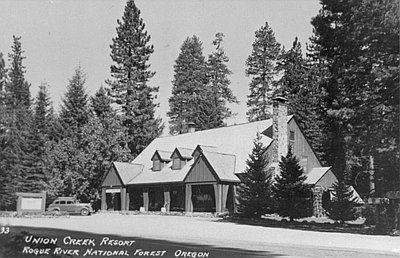