Controversial in her politics, yet honored in her lifetime as one of Oregon's pioneer doctors, Mary Anna Cooke Thompson practiced medicine in Portland for over forty years. Although she held no degree, Thompson began advertising in Portland newspapers in 1867 and was eventually known as "Portland's first woman physician."

Mary Anna Cooke was born in New York on February 14, 1825, the daughter of Horatio and Anna Bennett Cooke, both of England. When Mary was about twelve, the Cooke family moved to Chicago, where Mary married Reuben Thompson, a carpenter from Pennsylvania, on November 14, 1848. For the next eighteen years, the couple lived in La Salle, Illinois, where five children were born—three sons survived, two daughters died, and a niece was adopted.

An advocate for woman's rights throughout her life, Thompson first broke through the barriers to women in medicine while she was raising a family in Illinois. Although most medical schools were closed to women, Thompson persuaded two local physicians to let her study with them. With Dr. Frances Bry and Dr. Lyman B. Larkin as her tutors and their La Salle practices as her learning laboratories, Thompson prepared to become one of the first woman practitioners in Illinois. Her concern for the condition of women and their infants translated to an insistence on sanitation and rest in childbirth.

In 1866, the Thompson family traveled to Oregon by way of the Isthmus of Panama. In Portland, they joined Cooke relatives, including Mary's parents and several siblings, who had emigrated from Chicago before 1860. Thompson's last child, James R., was born in Portland in 1871. When her husband's health failed as the result of an injury, she continued to work as a physician and took in roomers. Reuben Thompson died in 1885.

Mary Anna Thompson's accomplishments extended beyond her medical practice to her advocacy for human rights. She was an articulate agent for political and economic change in the liberal and progressive tradition of Henry George. Active in the woman suffrage movement, Thompson was committed, with her friends Dr. Bethenia Owens-Adair and Frances Fuller Victor, to temperance and prohibition. Although Abigail Scott Duniway did not agree with Thompson that there should be a connection between temperance and prohibition and the woman suffrage movement, each recognized the strength of character and ability in the other.

During an extended speaking tour in the East in 1877-1878, Thompson addressed audiences in a variety of venues, participated in the National Woman Suffrage Association Convention in Washington, D.C., and spoke before the U.S. Senate Committee on Privileges and Elections. She called on President Rutherford B. Hayes at the White House and visited with co-workers and friends such as Frederick Douglass, Elizabeth Cady Stanton, Lucretia Mott, and Lucy Stone.

In 1910, at age eighty-five, Thompson still listed herself as a doctor. She died in Portland on May 4, 1919, six months after suffering a paralytic stroke. 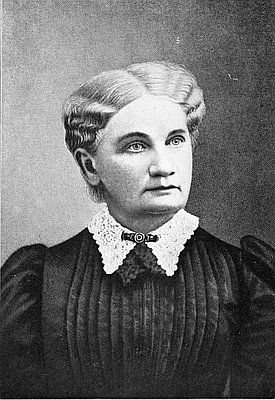 Bethenia Owens-Adair overcame seemingly insurmountable obstacles to become a social reformer and one of Oregon's first women doctors with a medical degree. Some Oregon women, such as Dr. Mary Thompson, called themselves "doctor" but had not attended medical school and did not possess degrees. A few others, such as …