Once called Wagner Creek, Talent is located in southwestern Oregon between Ashland and Medford. Situated near the confluences of Wagner and Anderson Creeks with Bear Creek, the town sits astride important travel routes, including the California Trail, the Applegate Trail, the California-Oregon stage road, the Southern Pacific Railroad, the Old Pacific Highway, and Highway 99.

Jacob Wagner filed the first Donation Land Claim along Wagner Creek in 1852. During the Rogue River War of 1853, Fort Wagner, a temporary fortification constructed on Wagner’s land by U.S. Army troops, provided shelter for a group of emigrants traveling on the Applegate Trail. While "forting up," the parents in the group demonstrated their intent to stay by planning for the education of their children. In May 1854, they built what is believed to be the first schoolhouse in the valley, near Bear Creek.

During the final Indian war of 1855-1856, John Beeson, a newspaper correspondent, accused whites of causing the hostilities for personal gain. He was forced to leave the valley in 1856, when his neighbors threatened him after intercepting an article he wrote for San Francisco newspapers. Beeson's wife and son remained in Jackson County while he lived on the East Coast, where he tirelessly pled for the Indian cause. His son, Welborn Beeson, kept a diary of events in Jackson County settlements, which is still used today to study the area’s history.

The community grew into an important agricultural center that kept the gristmills in Ashland and Phoenix busy. Still, many of Wagner Creek's first citizens—including Jacob Wagner, Albert Rockfellow, and James Thornton—preferred business ventures to farming and moved to Ashland.

In 1876, Aaron Patton Talent bought most of Jacob Wagner’s land and applied for a post office under the name of Wagner Creek. The approved application named the new post office Talent.

A.P. Talent surveyed and divided up parcels of his land to sell, opened a store, planted orchards, and built houses. He also served as postmaster. After the railroad came through the town in the mid-1880s, shops, a hotel and restaurant, a doctor's office, a two-story brick schoolhouse, a box factory, three churches, and a cannery were built. In 1910, when the population reached 250, the City of Talent incorporated. Fruit orchards proliferated during the early twentieth century, and the Talent Irrigation District was formed to bring water to the entire Rogue Valley.

Sawmills operated along Wagner and Anderson Creeks during the late nineteenth and early twentieth centuries. After World War II, a number of loggers were employed by the gyppo outfit, Skeeters Logging Company. In recent decades, with major population growth and dense residential development, Talent has become a bedroom community for Ashland and Medford.

In the 1880s, a Universal Mental Liberty Hall was built to provide a place for debate and social gatherings. Schoolteachers Willis J. Dean, Rosa Waters, and others were intent on teaching Wagner Creek students to think for themselves and to challenge traditional notions with scientific methods.

Many Talent residents practiced spiritualism, were skeptical toward conventional religions, and supported Free Thought. Spurred on by the Talent News in the 1890s and through the 1910s, many residents had populist and even socialist leanings. The citizens of Talent elected William Breese, by all but one of the votes cast, as the first Socialist mayor in Oregon. Shortly after women got the vote, Talent elected Leta Luke to serve as the first female city recorder. Two socially and politically savvy women, Mae Lowe and Alice Burnette, typed, mimeographed, and delivered their own publication, the Talent News Flashes, from 1934 to 1989. The Talent News and Review continues that tradition. 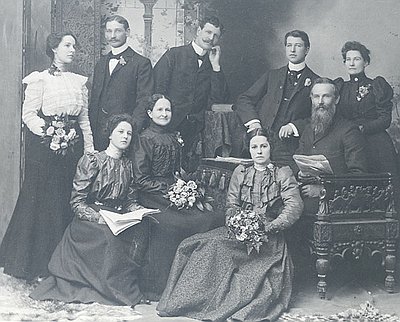 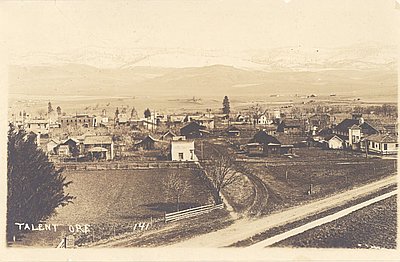 Oregon has over ninety separate streams named Bear Creek (far more, in fact, than the Beaver State has Beaver Creeks). Among the most historically notable is the Bear Creek located in central Jackson County, which flows northwesterly between the Siskiyou Mountains on the west and the Cascade Range on the …