Albert Starr is a boldly innovative surgeon whose precisely choreographed technique for inserting prosthetic heart valves into patients was adopted worldwide. Between 1958 and 1962, he and Lowell Edwards invented the first practicable prostheses for replacement of a cardiac valve. Their landmark contribution to surgery provided lasting remedies to patients whose lives were threatened by diseased heart valves.

Starr was born in 1926 in New York City. A precocious student, he accelerated through New York City’s public school system and graduated from Columbia University with a liberal education before his twentieth birthday. At the university’s College of Physicians & Surgeons, Starr concluded that he was suited to be a surgeon.

During an internship at Johns Hopkins Hospital in Baltimore, Maryland, he worked for Dr. Alfred Blalock, the legendary innovator of the “blue baby operation,” which restructured a deformed heart to improve its function. Blalock’s surgery was a breakthrough in the treatment of children with congenital heart disease, and Starr studied his skills as a surgeon and the way he led his team as he performed the complex procedure.

In 1952, Starr entered the U.S. Army Medical Corps and was deployed to Korea, where he performed battlefield operations in a mobile army surgical hospital. After his tour of duty, he returned to New York City, where he was trained as a general, thoracic, and cardiac surgeon at Presbyterian and Bellevue Hospitals.

Starr had been on the staff at Presbyterian Hospital for only six months when the thirty-one-year-old surgeon was recruited to implement an open-heart surgery program at the University of Oregon’s Medical School in Portland (now Oregon Health Sciences University). In the mid-1950s, exciting improvements in cardiopulmonary bypass machines enabled surgeons to open the heart and perform complex procedures in children with lethal congenital heart defects. Dr. Dick Sleeter, director of the Crippled Children’s Division at the Medical School, wanted children in Oregon to benefit from the new procedures, and he led the group that decided to hire a congenital heart surgeon.

Arriving in 1957, Starr used a $10,000 grant from the Oregon Heart Association to train an open-heart surgery team in the animal laboratory in Mackenzie Hall. In 1958, the team was ready, and Starr successfully closed a congenital hole in the inner wall of the heart of a child at University Hospital. It was Oregon’s first pediatric open-heart procedure. With that procedure, he embarked on a lifelong commitment to performing congenital heart disease surgery that provided afflicted children a chance at a normal life.

Just as Starr was engaged in implementing the congenital heart surgery program, M. Lowell Edwards, a retired engineer and inventor in Oregon, asked Starr to collaborate with him in testing a mechanical heart. Starr cautioned Edwards that an artificial heart was ahead of its time and persuaded him to focus instead on perfecting a mechanical valve that could replace diseased heart valves.

By 1960, after a series of modifications, Edwards and Starr had perfected an effective and durable prosthetic valve. Starr developed the surgical procedure for inserting the prosthesis, and he performed the first successful mitral valve replacement in September 1960. Within a year, he and Edwards had invented and successfully inserted aortic valve prostheses into patients. The Starr-Edwards prosthetic valve was a revolutionary breakthrough that would remain the standard for over three decades.

In the early 1960s, thousands of patients sought life-saving heart valve surgery in Oregon. In 1964, Starr expanded the scope of his practice and established a Cardiac Surgery Team at Providence St. Vincent’s Hospital. He continued his work at University of Oregon, with an emphasis on performing surgical correction of congenital heart disease. In December 1985, he led a team at Oregon Health & Science University that performed the first heart transplant in Oregon.

Throughout his professional career, Starr trained heart surgeons who perpetuated his work around the world. In 2007, he and his colleague Alain Carpentier received the Albert Lasker Award for Clinical Medical Research for “the development of prosthetic mitral and aortic valves, which have prolonged and enhanced the lives of millions of people with heart disease.” 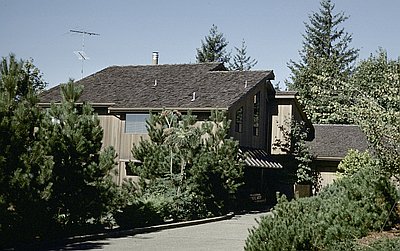 Miles Lowell Edwards was born in 1898 in Newberg, a town his grandfather Jesse Edwards had established in 1880 as a Quaker community. His father, Clarence Edwards, started the first electricity-generating business in town, and Lowell grew up climbing poles to repair his father’s power lines. As an adolescent, he …