Julian S. "Dutch" Reinschmidt, physician and educator, was a key figure in transforming rural health care in Oregon and led a radical restructuring of the medical curriculum of Oregon Health & Science University (OHSU).

Born on October 24th, 1925, Reinschmidt was raised in Pensacola, Florida. He was interested in medicine as a child, but recognized that medical school cost money and his family had little of it. When he was eighteen, Reinschmidt enlisted in the U.S. Army, serving in World War II from 1943 to 1946. Like many other young men of his generation, he used the GI Bill to pursue an education that was otherwise out of reach.

Reinschmidt enrolled at Vanderbilt University, earning a bachelor’s degree in 1950 and a medical degree in 1953. He also acquired the nickname "Dutch" during college. He completed an internship at Colorado General Hospital in Denver and a general surgery residency at the University of Colorado Medical Center.

In 1956, Reinschmidt established a family practice in the small town of Tekoa, Washington, forty miles from the nearest hospital. He enjoyed the practice, but encountered the isolation, lack of professional support, and economic challenges familiar to many rural physicians. He left Tekoa in 1959, but his experiences there were the beginning of a long commitment to rural medical education.

Through practice in Eugene, Oregon, Reinschmidt earned a reputation for his work in medical education. In 1970, he was appointed director of the Oregon Regional Medical Program (ORMP), a federally funded program that disseminated new knowledge about diseases and treatments to practitioners throughout Oregon. Over the years, he built a network of instructors and supporters, creating courses that were developed and tailored to the needs of physicians in each area.

In 1976, Reinschmidt joined the School of Medicine at the University of Oregon Health Sciences Center (present-day OHSU). As head of the Division of Continuing Medical Education, he built on the model he had established for the ORMP. Hundreds of physicians traveled to Portland for continuing education sessions, and Reinschmidt organized courses in Oregon’s smaller cities. The result was a model continuing education program for medical practitioners.

In 1970, the Carnegie Commission recommended that academic health centers partner with rural communities to create a network of Area Health Education Centers (AHEC) across the country. Reinschmidt envisioned OHSU as the center of a partnership of Oregon rural education centers but was unable to find institutional support. When Peter Kohler was named president of OHSU in 1988, he brought previous experience with AHECs and a commitment to statewide rural medical education. Reinschmidt finally had the support he needed.

At a landmark 1988 conference in Joseph, academics, legislators, and rural health providers met to define needs for an AHEC. Reinschmidt was appointed to direct a task force to establish the program. Federal funding was awarded in 1990, and the first AHEC was established in LaGrande in 1991. It was followed by centers in Bend, Lincoln City, Roseburg, and Lake Oswego. Reinschmidt was director of Oregon Area Health Education Centers from 1990 to 1994.

In the 1990s, Reinschmidt worked with over two hundred OHSU faculty to develop a new curriculum that focused on the integration of disciplines; early exposure to clinical practice; and primary care experience in urban and rural settings. In the new curriculum, students were required to spend six weeks working with rural primary care doctors.

In 1993, Reinschmidt was named Professor Emeritus of Public Health and Preventive Medicine and Senior Associated Dean Emeritus in the medical school. He died of leukemia on June 16, 1998. In 1997, OHSU established the J.S. Reinschmidt Endowment Fund for Excellence in Medical Education to honor his contributions to Oregon medicine. 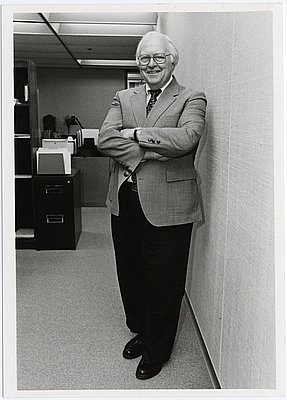