Smith Rock State Park encompasses 652 acres near Redmond and Terrebonne, in the semi-arid High Desert of central Oregon. This landscape of rock spires, cliffs, and canyonlands lies along the northern edge of the Crooked River caldera, a 26-mile long, 17-mile wide volcanic depression formed through a series of super-volcanic eruptions between 29.7 and 27.5 million years ago. Eruptions from the Crooked River caldera deposited massive volumes (>140 cubic miles) of tuff and rhyolitic lavas, dikes, and domes. All of these volcanic features are now well exposed in the rock walls of Smith Rock State Park.

Approximately 400,000 years ago, more recent lava flows erupted from Newberry Volcano, twenty-five miles south of present-day Bend, and flowed north, largely covering the caldera-filling tuff and diverting the Crooked River up against Smith Rock. Both older and younger rocks at Smith Rock State Park have been deeply eroded, sculpted, and incised by the modern-day Crooked River.

Some geologists have proposed that the Crooked River caldera records some of the oldest caldera-forming eruptions related to the passage of the Yellowstone volcanic hotspot from the coast of the Pacific Northwest to the modern Yellowstone caldera in Wyoming during the past 50 million years. The Crooked River caldera also contributed a significant amount of volcanic material to the Turtle Cove Member of the John Day Formation, which hosts one of the world’s most complete and well-preserved fossil records of Cenozoic terrestrial plants and animals.

Smith Rock is the traditional homeland of several Native American groups, including the Tenino (Warm Springs) and Northern Paiute people. The Northern Paiutes referred to the environs of Smith Rock as the Animal Village, a reference to the abundance and variety of plants and animals in the area. Emigrant nonindigenous settlers began to occupy the area in the late 1800s.

The namesake feature of the modern state park is Smith Rock, a 3,200-foot elevation ridge and 600-foot-tall cliff overlooking a major bend of the Crooked River. The naming of Smith Rock is the subject of debate. One popular interpretation suggests that it was named after Private Volk Smith, a U.S. Cavalry soldier who fell to his death there during a battle with the Northern Paiute in 1863. Alternatively, Smith Rock may have been named in honor of John Smith, Linn County sheriff (1855-1859), Oregon state legislator (1862), and Indian agent to the Warm Springs Indian Agency (1866-1886). An August 10, 1867, letter in the Albany States Rights Democrat, from members of an expedition over Santiam Pass to present-day Prineville, describes the conspicuous formation of Smith Rock and claims that the landmark was named for its discoverer, John Smith.

Smith Rock became part of the Oregon State Park system in 1960 through purchase and land donations, primarily because of its majestic landscape, unique geology, range of habitats, and variety of wildlife and plant communities. Park wildlife includes mule deer, river otter, beaver, and other small mammals. Notable birds of prey include prairie falcons and eagles, and rattlesnakes are found in some areas of the park. Native plant species include desert paintbrush, arrowleaf balsamroot, yellow desert daisy, and purple sage.

The park, which attracts approximately 747,000 visitors annually, has become an iconic image of central Oregon and the Oregon state park system. Visitors participate in an array of activities, including rock climbing, hiking, trail running, camping, horseback riding, mountain biking, wildlife viewing, and photography. The American Alpine Institute has singled out Smith Rock State Park as “famous for sport climbing” in America, and the park attracts climbers from all over the world who challenge themselves on more than 2,000 climbing routes of all degrees of difficulty. 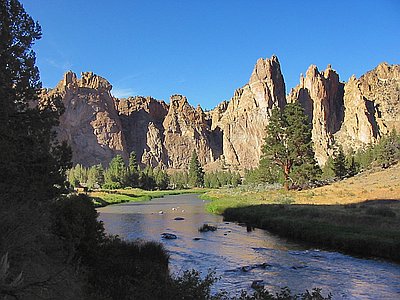 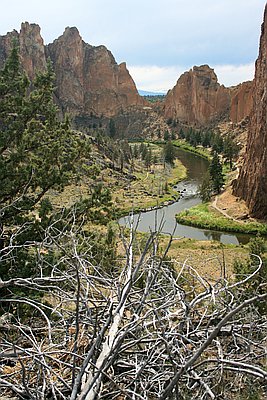 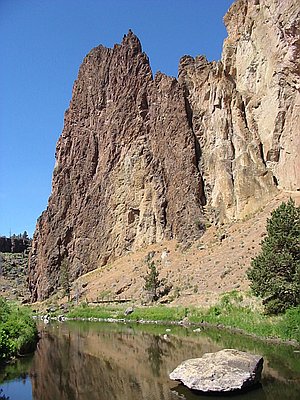 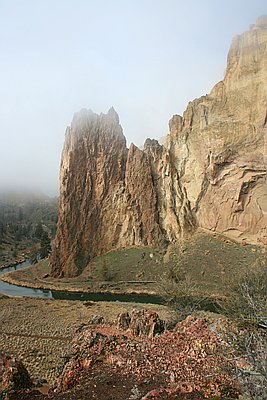 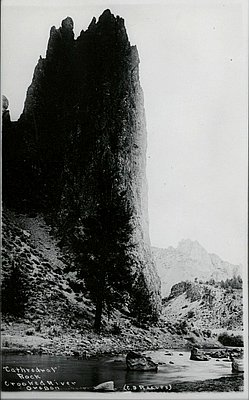 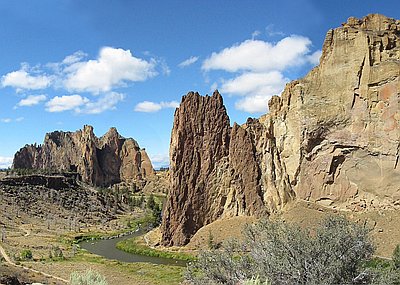 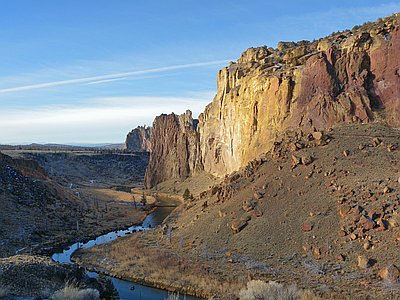 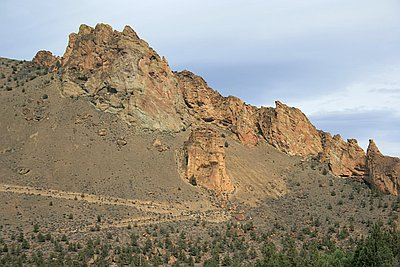 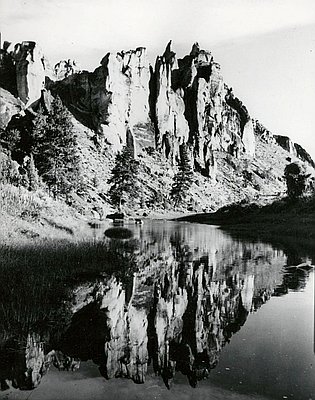 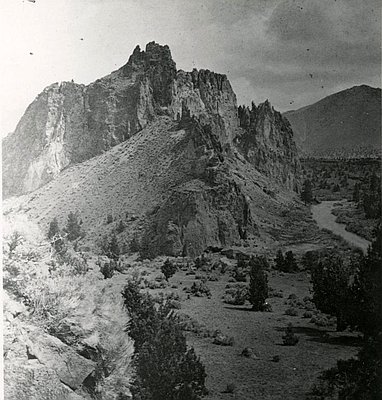 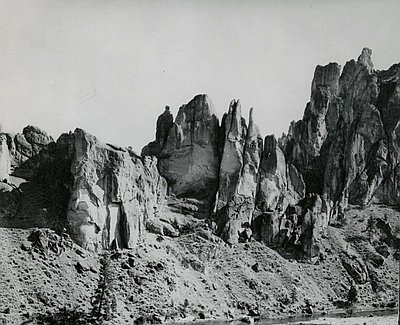 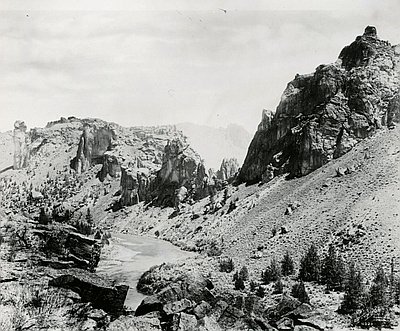 Newberry Crater, as it is commonly known, is a large shield volcano east of the Cascade Range in central Oregon. The area was named for Dr. John Strong Newberry, a naturalist with a U.S. Army expedition in 1857-1858 whose purpose was to survey railroad routes through the region. The over …