Seen from a ridge top, the green fields of Sitkum spread out like the placid surface of a lake. In fact, the valley floor once was a lake, formed 3,000 years ago when a massive landslide blocked the upper East Fork of the Coquille River. After hundreds of years, the lake filled with sediment. Today, Sitkum contains about 850 acres of rich, sandy loam that support herds of domestic cattle and wild elk, as well as forty to fifty people.

Brewster Valley in eastern Coos County, where Sitkum is located, was named after Horace Brewster, who came through the isolated area in 1870 as part of a scouting party of eight men and two women. Sitkum is Chinook Jargon (Chinuk Wawa) for “half” and refers to the community’s position halfway between Roseburg and Coos City. The Coos Bay Wagon Road, punched through in 1872, was the shortest route for freight and mail to travel between these settlements.

The same year the road opened, John Alva Harry and his wife Chloe (Cook) Harry set up a roadhouse that they called Sitkum—later known as the Halfway House—where travelers could eat and spend the night. The Sitkum post office opened in 1873, and the community built a grade school in the early 1870s. In 1915, the mail stages switched to a less steep road along the Middle Fork of the Coquille River. This route was favored by more and more traffic, and eventually there was little need for travelers’ accommodations in Sitkum.

In 1935, Ivan Laird, along with his brother-in-law Julius Benham and his brother Kenneth Laird, formed L.B. and L. Logging Company. The business accumulated 5,000 acres of timberland and at times had a hundred men on the payroll. In 1945, the Lairds closed their Sitkum logging camp and sold the company to Coos Bay Lumber Company. Ivan Laird went on to serve as a state representative in the 1951 and 1953 sessions, and he helped found the Coos-Curry Electric Co-op, which brought electricity to Sitkum and many areas of Coos and Curry Counties.

Starting in 1933, the Civilian Conservation Corps maintained a camp in Sitkum. Until the camp emptied in 1942, hundreds of men built trails and roads, strung telephone wire, and fought fire, especially in 1936, the year fires burned throughout Coos County, including Sitkum.

In 1946, Maria Clopton Jackson, a Portland philanthropist and widow of Oregon Journal publisher Charles Samuel “Sam” Jackson, helped an organization called Save the Myrtle Woods purchase forty-two acres of land on Brummit Creek in Sitkum for a park. In 1950, the property became the Maria C. Jackson State Park. For the dedication, Jackson was chauffeured in a black limousine over miles of winding gravel road. No longer maintained, the park survives as a Myrtlewood Grove of Interest.

In 1959, the Sitkum School District consolidated with the Myrtle Point School District. The grade school closed in 1962 and the post office in 1964. In 1985, voters approved funding for the Dora-Sitkum Rural Fire Protection District.

At the turn of the twenty-first century, energy and information began to surge beneath Sitkum’s soil, as a fiber optic line plowed through in 1999 and a natural gas pipeline burrowed alongside it in 2003. After all the dust and digging subsided, Sitkum remained, as ever, a quiet valley filled with fertile bottomland and surrounded by steep mountains, rocky bluffs, and tall trees. 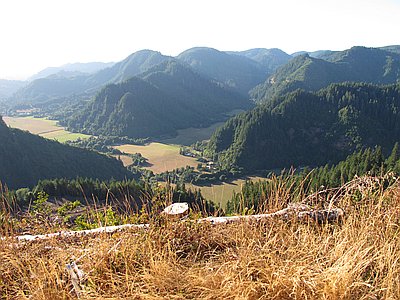 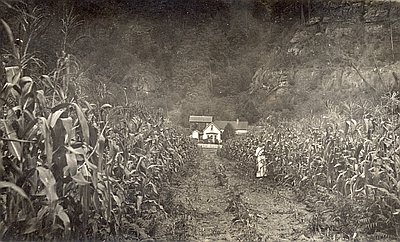 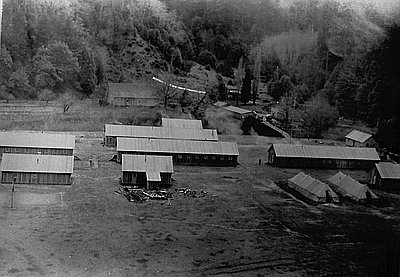 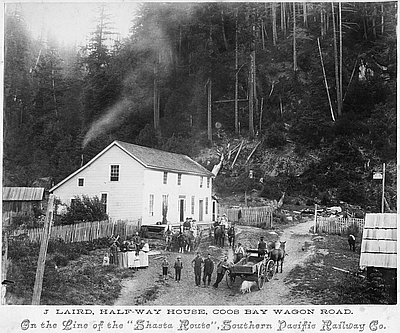 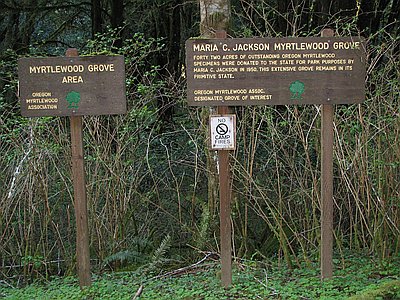 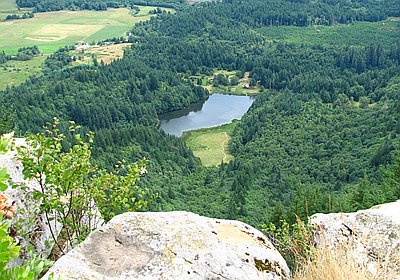 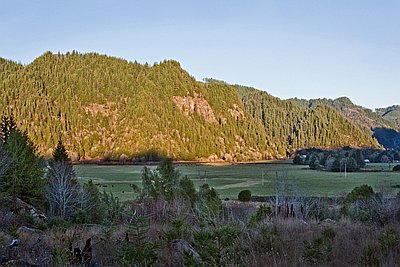 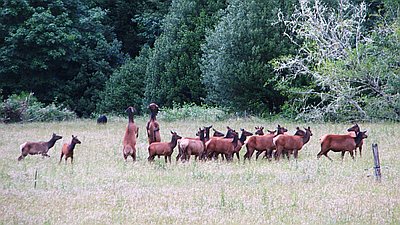