Shanghaiing in Portland and the Shanghai Tunnels Myth

Since the 1970s, a myth has grown up that propounds the existence of a secret network of tunnels beneath the streets and buildings of the Portland waterfront. The tunnels are said to have been constructed to support the illegal practice of forcibly supplying crews to outbound sailing ships in the late nineteenth and early twentieth centuries. The practice was known as shanghaiing, and the alleged tunnels are known today as Shanghai tunnels.

While historians have found no evidence to substantiate the existence of a tunnel network, the myth has persisted. The tunnels are said to have run between buildings and under streets in the downtown waterfront area and to have extended west as far as Northwest 23rd Avenue and along the east bank of the Willamette River. Some 1,500 or more men are said to have been abducted annually, and some people have claimed that the tunnels were used to facilitate kidnapping women for prostitution. The existence of the tunnels is alleged to have been purposefully suppressed, in order to protect Portland’s genteel reputation.

Shanghaiing describes the practice of kidnapping a man for service aboard a sailing ship. A shanghaied sailor, usually drunk or incapacitated by knockout drops, was delivered by a “crimp” to a ship’s captain shortly before sailing time, for which the crimp collected a fee, often known as blood money. The practice arose out of the web of international maritime law and practices in the nineteenth century, when a captain ruled his crew through a labor contract. Sea captains could be desperate to replenish their crew strength if sailors found that “jumping ship” and abandoning their contract while in port was an escape from continued servitude. During the first flush of the California gold rush in 1849, crews often deserted en masse in San Francisco, where the lures of fortune and climate gave rise to a port that became infamous for shanghaiing.

Portland’s development as a major Pacific Coast port came late in the nineteenth century, as wheat became a lucrative export crop. The wheat arrived by riverboat and rail from the Columbia River basin, and a fleet of sailing vessels arrived in late summer. The ships took on wheat for Liverpool, England, and for ports in Asia and Europe. By the time a ship had arrived in Portland, the arduous sail across the Atlantic and around Cape Horn from Europe or across the Pacific often induced disaffection among the crew. Soliciting crews for the return voyage was the responsibility of a ship’s captain, and in Portland, as in many other West Coast ports, a captain could use a crimp to fill his roster.

The extent of shanghaiing in Portland is unknowable, but data compiled by seamen’s protective organizations, such as the Sailors’ Union of the Pacific, indicate that it was primarily a problem on ships in trans-Pacific trade and that it was common in West Coast ports on Puget Sound, the Columbia River, and especially San Francisco Bay. The development of large, steam-powered ships that required trained crews to operate and that were financed, built, and managed by international corporations, hastened the demise of sailing ships, as did reforms in international maritime law and its enforcement. Steamships also provided better working conditions and more stable employment for seamen, with the result that shanghaiing had ceased by the end of World War I.

In 1933, journalist Stewart Holbrook broadcast stories of shanghaiing and bawdy times on the Portland waterfront in a series of romanticized articles in the Sunday Oregonian. His stories, several of dubious authenticity or attribution, contributed to the emergence many years later of stories of a network of underground tunnels used for the shanghai trade. In the 1970s, articles appeared in Portland newspapers featuring Michael P. Jones, manager of the Transit Bank, a social service agency in the Old Town area, who was identified as the person who discovered the long-hidden tunnels.

While Jones noted that tunnels had been built for activities such as moving merchandise between building basements and as exits from gambling dens and houses of prostitution that might experience police raids, he emphasized their role in the shanghai trade. He said that he had been exploring Old Town basements since 1969 and had prepared a map of a network of tunnels. Stating that he was writing a book about Portland’s shanghai trade, he began offering tours of the “shanghai tunnels.” Such tours have been carried on under the auspices of Jones’ Cascade Geographic Society since 1979.

Historians of the Old Town district have confirmed that shanghaiing and crimping occurred there, along with other criminal and unsavory activities, but they have not found evidence of any network of tunnels linked to them. Those who tour the so-called shanghai tunnels today walk into a basement, not through any iniquitous tunnels. 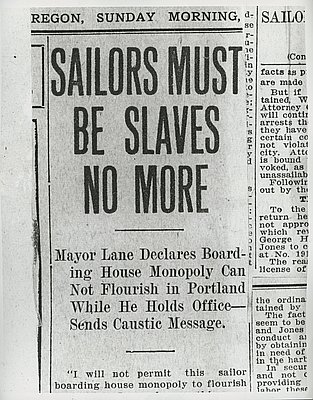 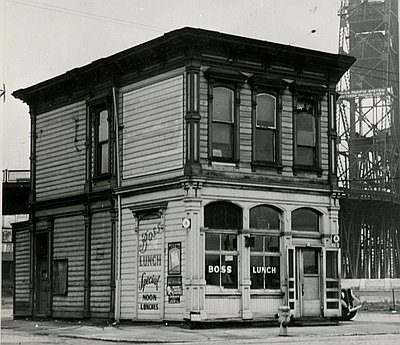 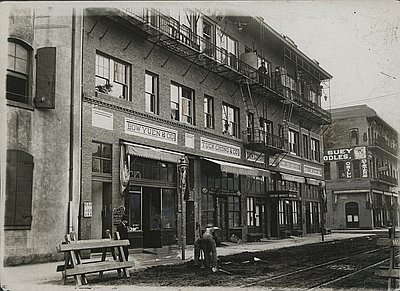 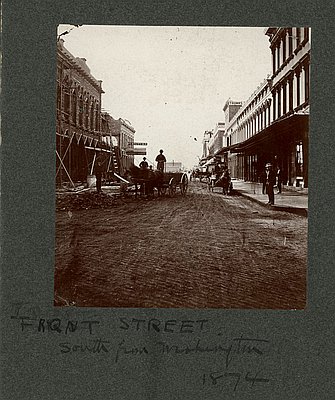 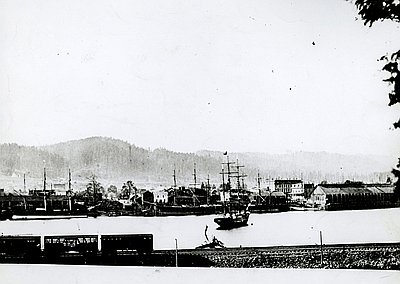 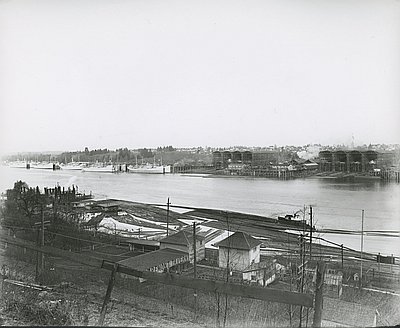 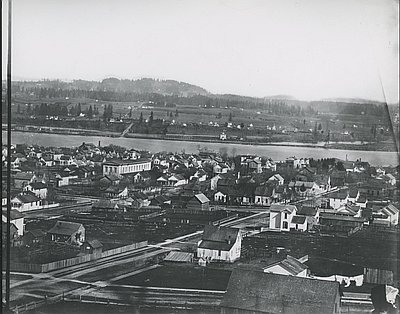 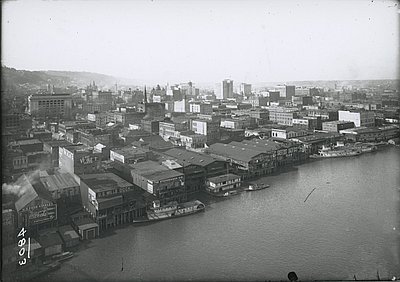 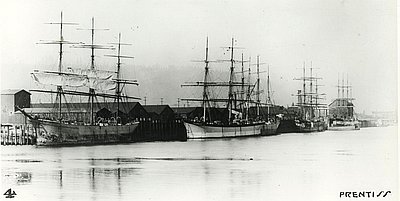 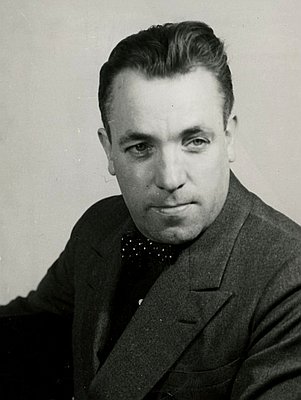 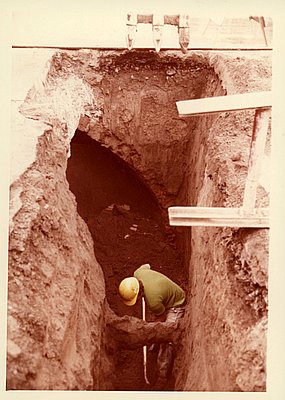