For more than thirty years, Russell Sadler’s commentaries were heard on radio and television stations across Oregon, southwest Washington, and northern California. His weekly columns appeared in many regional newspapers, including the Portland Oregonian, the Eugene Register-Guard, and the Medford Mail-Tribune, and occasionally were reprinted in the New York Times and Washington Post. Sadler covered every Oregon legislative session between 1971 and 1991.

Russell Sadler was born in Cleveland, Ohio, on August 17, 1942. After two years of study at the Carnegie Institute of Technology, he finished his undergraduate work at the University of Oregon in 1965-1967 and earned a bachelor’s degree in journalism. He had nearly completed a master’s degree in public administration when he was offered a job covering the 1971 legislative session for KUGN radio and KVAL television in Eugene. Soon, KUMA in Pendleton and KXL in Portland added Sadler’s commentaries to their programming, and eventually his clients consisted of six radio stations and five television stations.

During his career, Sadler wrote and spoke in support of such causes as gay and lesbian rights, the Death with Dignity/Doctor-Assisted Suicide law, and environmental issues.

Sadler made legal history when Court of Appeals Judge Jason Lee ran for an open seat on Oregon Supreme Court in 1975. He requested Lee’s disciplinary records from the Oregon State Bar under the two-year-old Oregon Public Records Disclosure Law. The bar refused to release Lee’s files, even when ordered to do so by the state’s attorney general, and Sadler sued. Marion County Circuit Judge Jena Schlegel held that disciplinary records prior to the passage of the 1973 Public Records law carried an “implied offer of confidentiality,” while disciplinary cases after the passage of the law were public records. The decision kept Lee’s records confidential. Sadler appealed. In Sadler v. Oregon State Bar (1976), the state Supreme Court ruled in Sadler’s favor, and all attorney disciplinary records thereby became a matter of public record. Oregon became the first state in the nation to provide complete access to all records, including grievances from clients.

Sadler now lives aboard a thirty-foot trawler in Friday Harbor, Washington, and serves as a naturalist aboard the San Juan Expeditions whale-watching vessel Odyssey during the spring and summer. He spends the rest of the year in Oregon making documentaries and working on other historical projects. In 2010, he assisted retired Secretary of State Norma Paulus in the writing of her memoirs. 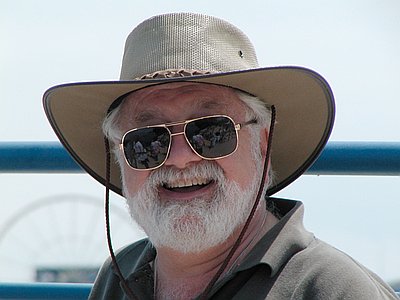