The Rogue River Bridge spans the mouth of the Rogue River between Gold Beach and Wedderburn at milepost 327.64 on the Oregon Coast Highway (U.S. 101). Known as the Isaac Lee Patterson Bridge after the Oregon governor who promoted its construction, the bridge was completed in 1932. It is one of six major bridges designed by Conde B. McCullough, Oregon’s state bridge engineer from 1919 to 1937, as part of a project to span the three bays and three river estuaries that relied on outmoded ferry service along the highway.

During the highway’s initial construction in the 1920s and early 1930s, McCullough designed many shorter spans along the route, many as reinforced-concrete arches. The Rogue River Bridge was the first of the big six bridges to be built because tidal action on the Rogue made ferry operation there especially challenging. Also, with the Rogue spanned, the state hoped to capture California tourist business on Oregon's south coast.

On the Rogue River Bridge, McCullough applied a technique for pre-stressing the arch ribs developed in the early twentieth century by French engineer Eugène Freyssinet. It was an experiment of sorts, completed in cooperation with engineers from the U.S. Bureau of Public Roads, the predecessor of the Federal Highway Administration. The Freyssinet technique employed temporary jacks in the arch ribs during construction to introduce stresses while the concrete cured. This permitted the use of less concrete and steel in the arch ribs, which saved money. More apparent to the motoring public was that the Freyssinet technique permitted McCullough to design a bridge with slender, even delicate arch ribs that also allowed him to embellish the bridge with Classical designs and scored concrete to give the illusion of cut-stone construction.

McCullough also introduced elements to his bridges that followed the Art Deco style. On the Rogue River Bridge, twin-battered spandrel columns fill the space between the tops of the arch ribs and the road deck. They take on a stylized Tuscan form, with simple pedestals and capitals, but also include Art Deco vertical scoring and horizontal banding. Elaborate elbow-like brackets support the sidewalks and railings, and entry pylons grow out of the batter piers at each end of the main structure. For the passageways, McCullough designed simple Palladian windows in the east and west walls, and he set off the semicircular arched doorways with stylized Egyptian sunbursts. The pylons were capped with small, two-tiered obelisks, reminiscent of those at the temple of Ramses II at Luxor.

In 1982, the American Society of Civil Engineers designated the Rogue River Bridge a National Historic Civil Engineering Landmark because of McCullough’s use of Freyssinet’s pre-stressing technique. In 2005, the bridge was listed on the National Register of Historic Places. 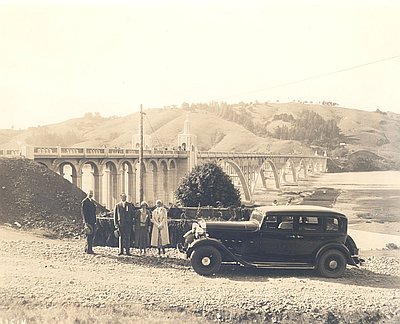 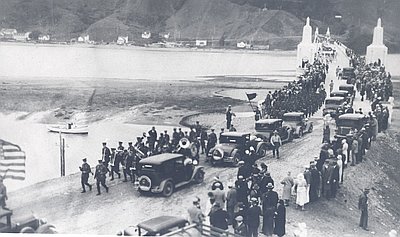 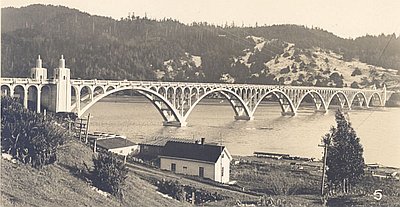 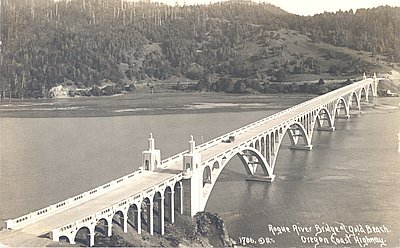 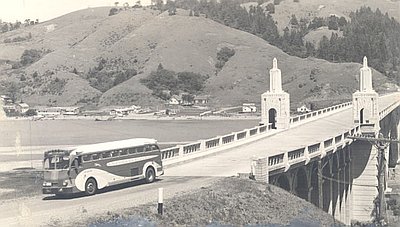 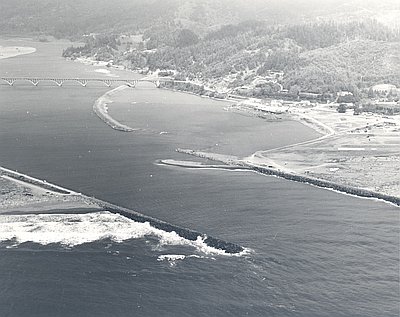 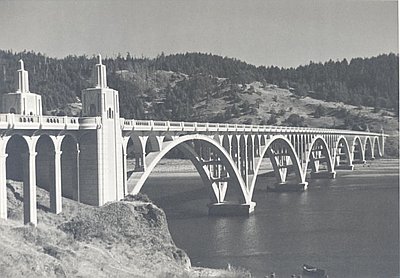 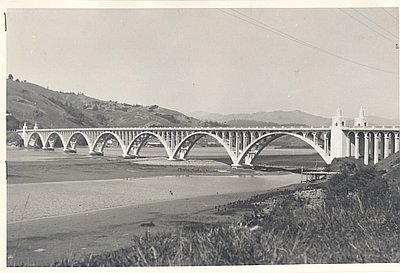 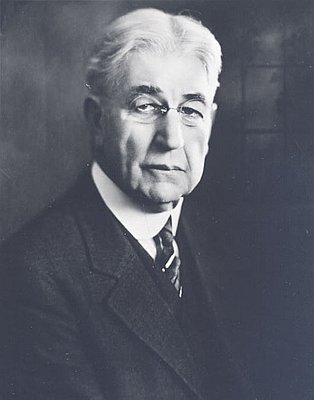 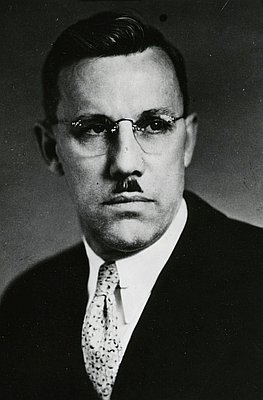 Conde B. McCullough, born in Dakota Territory in 1887, was raised and educated in Iowa, earning undergraduate and graduate degrees in civil engineering from Iowa State College. McCullough moved to Oregon in 1916 to teach structural engineering at Oregon Agricultural College (now Oregon State University). In 1919, he went to …