Due to the state of disrepair of the Portland Ice Hippodrome in 1951, professional hockey left Portland for nine years, until a bond to build new Portland venues was passed in the mid 1950s. Included were plans for a new zoo and a public arena on the east side of the Willamette River.

The arena, the Veterans Memorial Coliseum, would spark interest in the minor-league Western Hockey League, and a savvy young promoter, Harry Glickman, began talks to bring the ailing New Westminster Royals Canadian team to Portland. Work on the Coliseum was not finished, so the team (the future Portland Buckaroos) loaned its players to the Victoria, British Columbia, Cougars club in 1959 and 1960. Five players, trainer Berlyn Hodges, and coach Hal Laycoe began preparing for the first season in Portland.

After retaining the remainder of the team through trades and free agency, the Portland Buckaroos started the season on the road. A sports writer in Montreal wrote that it was the worst professional team ever fielded in hockey, but the team evened its road trip in points and, by Christmas, was filling every seat at what had become known as the Glass Palace and competing with the best of the other seven WHL teams.

The Bucks' success sent them to the playoffs, where they beat teams from Spokane, Vancouver, and Seattle in the Patrick Cup for the championship. In the fourteen years that the Buckaroos competed in the WHL, they were league leaders eight times, played in the finals six times, and captured the Patrick Cup three times (1960, 1965, 1971).

Between 1960 and 1974, the Portland Buckaroos were the most successful hockey team in professional hockey. Their success was due to several factors. The team owned the players' contracts, maintained continuity in its players and coaches, and had strong fan support.

At the end of the 1973-1974 season, the Western Hockey League folded when both the NHL and the new World Hockey League launched teams in major cities once occupied by the WHL. The Buckaroos continued in the new North West Hockey League from the 1974-1975 season to the 1975-1976 season until that league folded. The team also played both the Russian and American Olympic teams in 1975 and 1976 in non-league scrimmages.

Strong support for hockey and the Buckaroos in Portland encouraged an ownership group led by Brian Shaw to bring the Canadian Junior Hockey team, the Edmonton Oil Kings, to Portland in 1976-1977. They were renamed the Portland Winter Hawks. 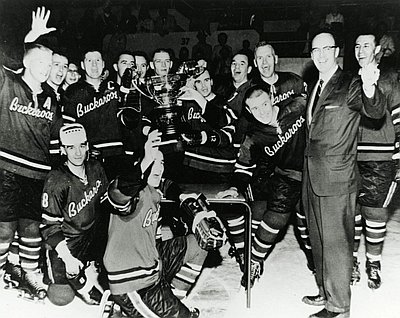 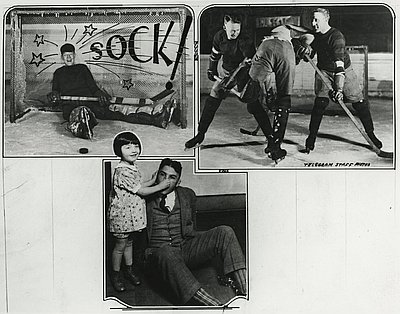 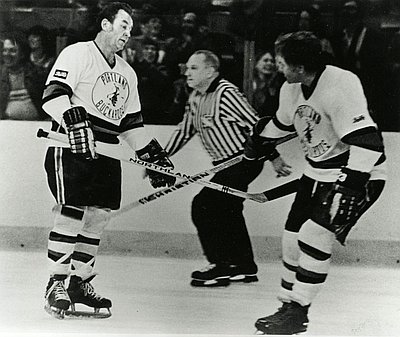 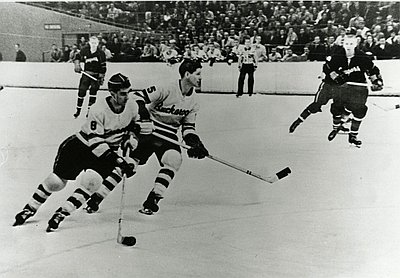 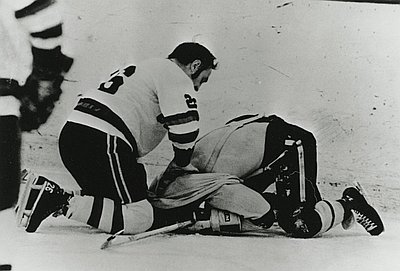 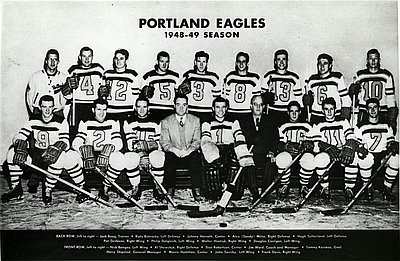 Schaefer, Dan. Kings of the Road: The Story of the Portland Buckaroos. Portland, Ore.: Filmbyframe, 2010. Documentary.

The Rosebuds, Portland’s first professional ice hockey team, was the first United States-based franchise to compete for the Stanley Cup. A member of the Pacific Coast Hockey Association (PCHA), the Rosebuds began as the New Westminster (B.C.) Royals and moved to Portland in 1914 in pursuit of a bigger arena. They played …

Founded in 1976, the Portland Winterhawks are a junior hockey team based at Memorial Coliseum and the Moda Center. Following the dissolution of the popular Portland Buckaroos minor league team in 1975, former Edmonton Oilers coach Brian Shaw moved the Edmonton Oil Kings, a Western Hockey League (WHL) team, to Portland …