Before he gained fame as commander of the cavalry forces of the Army of the Potomac during Gen. U.S. Grant's overland campaign during the Civil War, Philip Henry Sheridan served in Oregon on the Columbia River and at the Grand Ronde Reservation.

In August 1855, Sheridan commanded a cavalry detachment assigned to a survey team that was laying out a railway route from Fort Reading, California, to Portland. In October, he served under Maj. Gabriel Rains in firefights against Yakama bands in central Washington Territory.

Sheridan laid over at Fort Vancouver during the 1855-1856 winter until ordered in late March to command forty dragoons and Oregon volunteers to aid Ninth Infantry soldiers, who were under attack by Yakama, Klickitat, and Cascade fighters at the blockhouse at the Middle Cascades of the Columbia River. Over two days, sixteen white settlers were killed in the so-called Cascade Massacre. Sheridan arrived at the scene and captured a nearby group of Cascade people, including men, women, and children. He arrested nine of the men (including Chief Chenoweth), who claimed innocence. Charging that the men’s guns had been fired recently, Sheridan turned the nine over to Col. George Wright, who used the evidence to convict them of treason and summarily execute them.

In April 1856, Sheridan took command of Fort Hoskins on the Coast Reservation and Fort Yamhill on the Grand Ronde Reservation. His companies had been assigned to the reservations to prevent Indians who had been relocated there from returning to their homelands and to keep lawless settlers away from them. The forts were strategically placed to guard the mountain passes and to protect access to and from the reservations.

In 1856, Sheridan and Superintendent of Indian Affairs Joel Palmer located a site in King’s Valley for Fort Hoskins, the middle post of the Coast Reservation. Early the next year, Sheridan arrived at Fort Yamhill from Fort Vancouver with a detachment of thirty-two men from Company D, 3rd Artillery and Company H, 4th infantry. They remained at the reservation for six weeks, until Company K arrived to relieve them. Sheridan was permanently reassigned to Company K and was given the task of building quarters for the men and officers there. He employed civilians and Indians as laborers during the construction.

Company K remained at Fort Yamhill for four years. Sheridan was promoted to captain in May 1861, and Company K was relieved by the Ninth infantry on June 20, 1861. After his relief arrived at Fort Yamhill on September 1, 1861, Sheridan gained promotion to captain and left Oregon to enter the Civil War. While at the Grand Ronde Reservation, he and another officer had purchased 1,200 acres near the reservation. He sold the land in 1867 but kept his own house.

Lt. Gen. Sheridan returned to Oregon in 1875, now a Civil War hero, with his wife Irene Rucker and his brother Col. Michael Sheridan. He stayed at the Chemeketa Hotel in Salem and met with Oregon Governor Lafayette Grover, an old friend. He then visited the Grand Ronde Reservation and the site of Fort Yamhill, which had been decommissioned in 1866.

In November 1887, a physician diagnosed Sheridan with terminal heart disease, prompting him to finish his memoirs by March 1888, two months before he collapsed from a heart attack. In honor of his service, the army bestowed a four-star general rank on Sheridan on June 1, 1888. He died two months later, on August 5. His name is memorialized in Oregon by the city bearing his name in Yamhill County, which holds the annual Phil Sheridan Days in June. 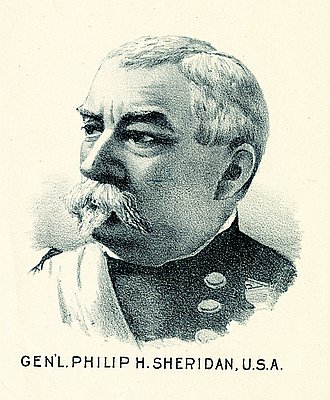 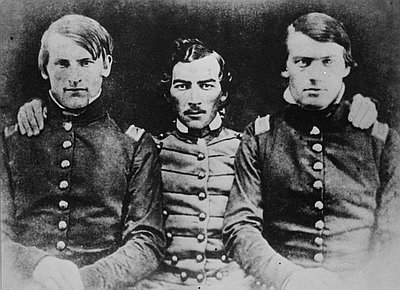 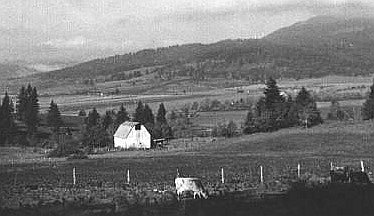 The Fort Yamhill Blockhouse is one of the few architectural remnants from the era of wars and treaties with Native people in western Oregon, from 1849 to 1860. The U.S. Army constructed the building at Fort Yamhill, near present-day Valley Junction, in March-April 1856. In 1911, preservationists moved the structure …

The South Yamhill River divides the city of Sheridan, a town of about 6,000 people in Yamhill County. In 1847, Absolom “Ab” Faulconer settled on the north side of the river, and his relatives, William Chapman and the Graves family, settled on the south. A few years later, someone nailed …