Linus Pauling, who was born, raised, and educated in Oregon, became one of the world’s leading scientists and the only person to win two unshared Nobel Prizes. Among his many achievements, he defined the nature of the chemical bond, discovered basic protein structures, and pinpointed the cause of sickle-cell anemia. His work advanced the fields of structural chemistry, x-ray crystallography, electron diffraction, quantum mechanics, biochemistry, molecular psychiatry, nuclear physics, anesthesia, immunology, and vitamin studies. Pauling also helped corral nuclear testing and changed world attitudes toward nutrition. The author of eleven books and hundreds of papers, he received 47 honorary degrees and more than 500 scientific awards and medals.

Pauling was born in 1901 in Portland and spent much of his early childhood in Condon. His father, Herman Pauling, a pharmacist, died when Pauling was nine years old, throwing Pauling, his mother Lucy Isabelle ("Belle") Darling Pauling, and his sisters Pauline and Lucile into poverty. To make ends meet, his mother ran a boarding house on Hawthorne Boulevard in Portland.

As a child, Linus Pauling became fascinated with chemistry and spent hours in a makeshift laboratory in the basement of the boarding house. He dropped out of Washington High School and disobeyed his mother, who wanted him to go to work, to study chemical engineering at Oregon Agricultural College (now Oregon State University) because it charged no tuition. When his funds ran out, he student-taught chemistry to earn his living expenses. While at OAC, he fell in love with one of his students, Ava Helen Pauling;they were married in Salem in 1923.

Pauling earned his Ph.D. at the California Institute of Technology (Caltech) in Pasadena, where he became a renowned faculty member and eventual head of the chemistry division. While he and his wife traveled in Europe on a postdoctoral fellowship in the late 1920s, he learned about quantum mechanics from its discoverers, including Niels Bohr, Wolfgang Pauli, Arnold Sommerfeld, Werner Heisenberg, and Erwin Schrodinger. He brought the new physics home with him and applied it to understanding the forces that tie atoms together into molecules.

Pauling’s work revolutionized chemistry in the 1930s and 1940s. The impact of his bold theories was amplified by his outgoing personality, strong belief in himself, memorable lecturing skills, persuasive papers, and best-selling textbooks. One of his works from this period, The Nature of the Chemical Bond (1939), became one of the century’s most influential science texts.

After first using quantum theory and x-ray crystallography to understand the structure of molecules, Pauling related those structures to their functions. This approach served to dramatically increase scientists’ understanding of biomolecules such as hemoglobin and antibodies. Decades of work yielded countless new insights and at least two great triumphs: a groundbreaking theory of the cause of sickle-cell anemia, in which for the first time a defect in a molecule was linked directly to a human disease; and a series of historic papers describing at the atomic level the secondary structure of proteins (i.e., the alpha helix and beta pleated sheet). Pauling’s work inspired two young researchers named James Watson and Frances Crick to solve the structure of DNA (Pauling’s own attempt failed). For his career achievements, Pauling was awarded the Nobel Prize for Chemistry in 1954.

Pauling performed a variety of war-related research during World War II, with studies ranging from artificial plasma to rocket propellants. After the war, shocked by the Hiroshima bomb and with the strong support of his wife, he focused on political issues, working tirelessly to slow the spread of nuclear weapons. Through the 1950s he established himself as one of the world’s leading activists against the testing and proliferation of nuclear weapons—picketing, debating, making speeches, publishing opinion pieces, joining activist groups, and writing petitions. The U.S. government branded him a Communist, which he was not, and put him under FBI surveillance. His passport was revoked, he was called before investigatory committees, and some scientific funding was halted. Pauling responded by speaking out more widely. In 1962, he won the Nobel Peace Prize. Stung by what he perceived as politically motivated ill-treatment at Caltech, Pauling resigned his position at the school in 1963 and moved to Santa Barbara, then San Diego, and finally Palo Alto.

After a period of intellectual nomadism, Pauling became interested in the effects of vitamin C on human health, and in 1970 he published the bestselling book Vitamin C and the Common Cold. Three years later, he founded a research institute to study the health effects of vitamins and other nutrients. His work was generally attacked or discounted by the mainstream medical community, although he spurred millions worldwide to change their dietary habits. Sales of vitamin C soared. The debate continued after Pauling’s 1994 death from cancer.

The importance of Pauling’s achievements has been honored with a commemorative U.S. stamp, the award of two national medals for science, and the naming of Linus Pauling Middle School in Corvallis. All of Linus Pauling's papers, and those of his wife, were given to Oregon State University, where The Linus Pauling Institute continues to conduct important research. 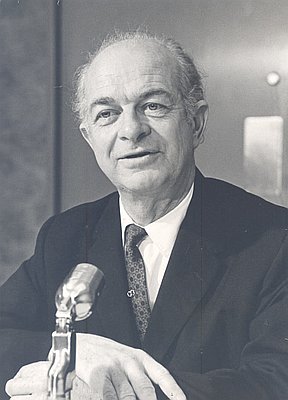 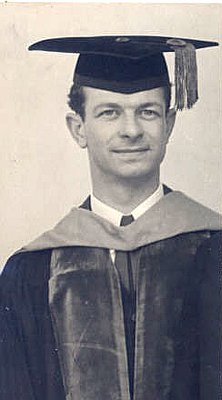 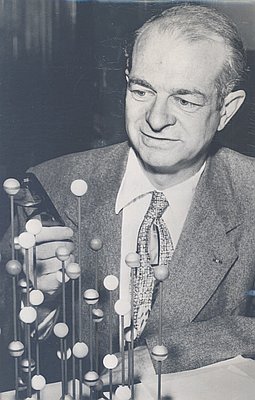 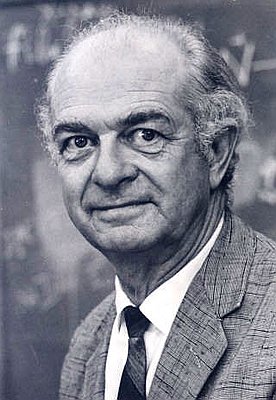 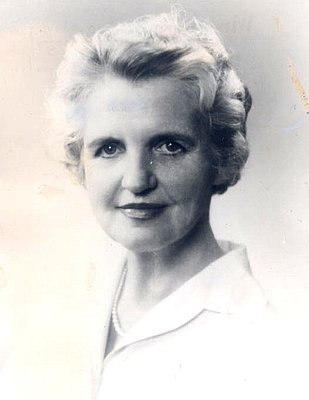 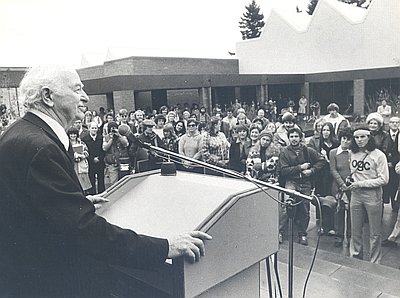 Pauling, Linus. The Nature of the Chemical Bond and the Structure of Molecules and Crystals; An Introduction to Modern Structural Chemistry. Ithaca, N.Y.: Cornell University Press, 1960.