Oregon’s forests were extremely dry in August 1966. Hot east winds began a month earlier than normal. On Friday, August 19, winds blew harder and continued into the following day. Weather forecasters rated fire danger as “extreme” for western Oregon. One veteran Department of Forestry fire manager went to his Salem office on Saturday morning to wait for the inevitable fire report.

On August 20, road construction workers were using equipment on Oxbow Ridge, twenty miles southwest of Eugene. The equipment threw sparks, igniting the dry forests. The fire spread quickly to the west, and initial attack crews could not contain it.

Fire behavior specialists estimated that the fire consumed 2,000 acres an hour. The Oregon Department of Forestry mobilized a fire-management team, a thousand firefighters, and equipment. Steep terrain and heavy fuels made fighting the fire challenging, and heavy smoke limited the use of aircraft. Governor Mark O. Hatfield visited the fire to pledge the state’s support.

The fire burned so hot that hardwoods along the Siuslaw River not burned by the fire were killed by the intense heat. A four-man crew from a Springfield mill, dispatched to the wildfire, drove through the burned area just as a burned tree fell, pushing the vehicle off the road. One of the men was killed, the only fatality and serious injury during the fire.

It took a week for crews to contain the fire, the first large Oregon wildfire controlled without a major weather change. Some 42,274 acres burned, about 66 square miles, including 24,359 acres managed by the Bureau of Land Management, 17,601 acres owned by International Paper Company, and 915 acres of other private land. At that time it was the fifth largest wildfire in Oregon since 1910, exceeded only by the three Tillamook fires of 1933, 1939, and 1945, and the 1936 Bandon fire.

Merchantable timber from the Oxbow Ridge fire was salvaged, and reforestation and forest management changed the landscape.

The Department of Forestry sued to collect $1 million in costs from the Umpqua River Navigation Company, owner of the equipment that had caused the fire. The Douglas County Circuit Court dismissed the state’s case, but the Oregon State Supreme Court reversed that decision. A subsequent appeal to the U.S. Supreme Court was denied, and the department collected $559,000 in fire-fighting expenses. Private landowners sued the navigation company and either won their suits or settled out of court. 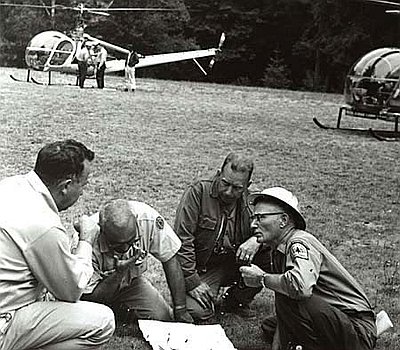 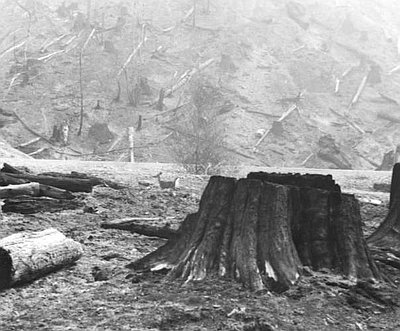 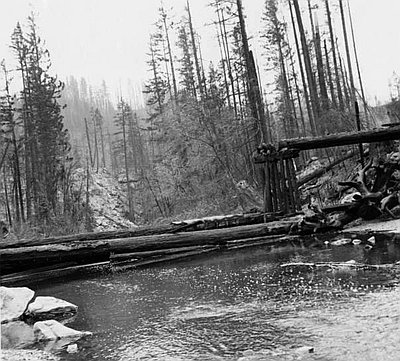 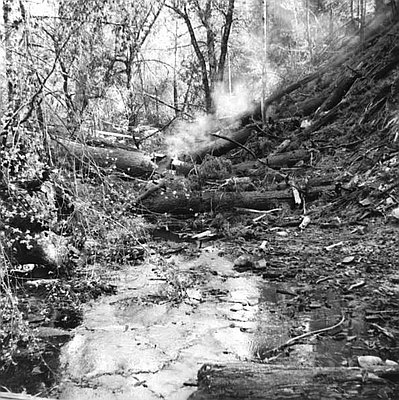 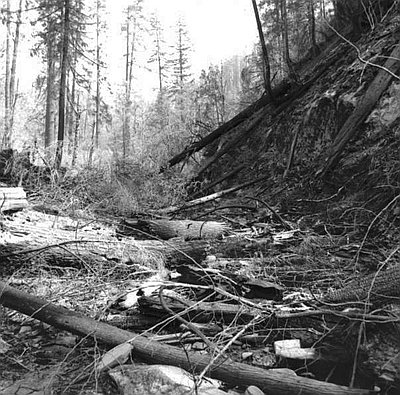