The National Tsunami Warning System provides advance warning of earthquakes in distant locations that generate tsunamis with the potential to reach the Oregon coast. The warning is crucial in giving people enough notice to evacuate to higher ground along the Tsunami Evacuation routes that have been established in Oregon’s coastal communities.

On March 27, 1964, at 5:36 p.m., one of the largest earthquakes ever recorded hit Alaska. Measuring an estimated 9.2 on the Richter scale, it released at least twice as much energy as the 1906 San Francisco earthquake. The Alaska earthquake claimed 131 lives, 119 of them attributable to the effects of the ocean and about one-third due to the open-ocean tsunami (4 at Newport, 12 at Crescent City, and about 21 in Alaska). Local waves killed at least 82 people.

The tsunami, traveling at five hundred miles an hour, reached the Oregon coast about four hours after the earthquake, destroying cars and homes in Seaside; wrecking wharves, houses. and the Elk Creek Bridge in Cannon Beach; and tearing out docks and smashing boats in Gold Beach. In Beverly Beach, near Newport, four children were swept out to sea. The waves caused as much as a million dollars in damage in Oregon, the greatest destruction in the estuary channels, where wave heights were amplified—10 to 11.5 feet in the Nehalem River, 10 to 11.5 feet at Depoe Bay, 11.5 feet at Newport, 10 to 11 feet at Florence, 11 feet at Reedsport, 11 feet at Brookings, and 14 feet at Coos Bay.

The U.S. West Coast/Alaska Tsunami Warning Center was established in 1967 as a result of the earthquake, when state and federal officials realized the need to provide timely and effective tsunami warnings and information for the coastal areas. In 1982, the center’s area of responsibility was enlarged to include issuing tsunami warnings to California, Oregon, Washington, and British Columbia. In 1996, the center’s responsibility was again expanded to include all Pacific-wide potential tsunami sources that could affect the West Coast. In October 2013, the center changed its name to the National Tsunami Warning Center.

The center is staffed during normal weekday hours, and two personnel are on standby and must respond within five minutes during weekends and holidays. Regional warnings, based on seismic data, are issued within fifteen minutes of a coastal earthquake over magnitude 7. Warnings outside the area of responsibility are issued in coordination with the Pacific Tsunami Warning Center in Ewa Beach, Hawaii. A warning means that all coastal residents in the warning area who are near the beach or in low-lying regions should move immediately inland to higher ground.

Messages from the National Tsunami Warning Center are sent out over the National Warning System, the NOAA Weather Air satellite system, the Federal Aviation Administration, and the National Weather Service circuits. Once a warning has been issued, tide gauges are monitored to confirm the existence or nonexistence of a tsunami and its degree. The center has access to more than ninety tide sites throughout the Pacific Basin.

The ability of any warning system to save lives and reduce property damage depends on getting the word out to the public and ensuring that they respond to the emergency. For that reason, the National Tsunami Warning Center operates a community preparedness program and a TsunamiReady program that advises and trains citizens and emergency managers. The most recent warning occurred on March 11, 2011, following an earthquake in Japan. 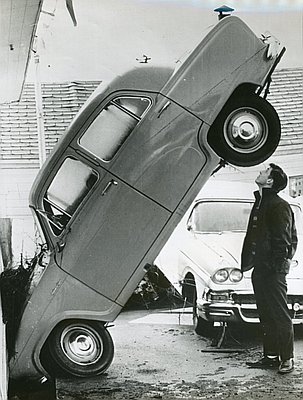 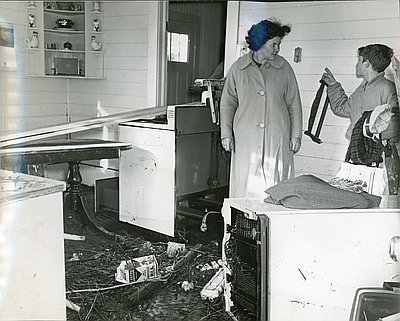 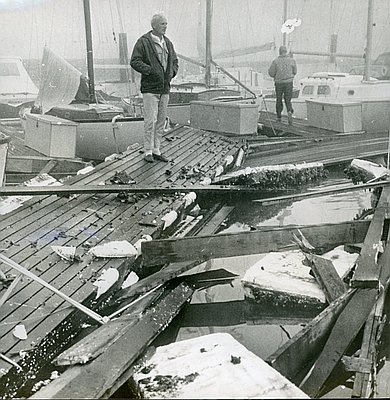