Talk of building a long-distance electric interurban railway south from Portland along the west bank of the Willamette River began in the 1890s. The proposed route would parallel the Southern Pacific Railroad’s tracks through the Willamette Valley. The short-lived Oregon Traction Company began grading for such a line in 1905, but it was the Oregon Electric Railway that brought the plan to fruition.

Thomas S. Brooks, Henry L. Corbett, and R.W. Lewis incorporated the Oregon Electric (OE) Railway on May 14, 1906. Charles F. Swigert, a street railway magnate in Portland, would become president. Their efforts came to the attention of James J. Hill, a powerful railway executive known as the Empire Builder, who purchased the OE in 1910. Hill added the line to a corporate family that included the Spokane, Portland & Seattle (SP&S), the Great Northern, and the Northern Pacific Railways.

On New Year’s Day 1908, Oregon Electric trains began operating between Portland and Salem. Branch lines were built to Forest Grove that year and to Woodburn in 1909. On the Fourth of July, 1912, Albany welcomed the Oregon Electric to town; and on October 17, 1912, the mainline was completed to Eugene. A final branch line between Albany and Corvallis went into service on March 25, 1913.

The Oregon Electric’s 122-mile Willamette Valley route was Oregon’s longest electric interurban railway, and many of its trains served Portland suburbs. A dozen trains a day catered to commuters, students, and shoppers in Hillsboro, Forest Grove, Beaverton, Wilsonville, and Tualatin. On weekends, reduced-fare excursions operated between Portland and Salem. Four to five trains ran through to Eugene each day.

To compete with major steam railroads, the Oregon Electric ordered the highest quality interurban cars available. Their "traction orange" color, a bright orange that had become a trademark of the industry,was changed to Pullman green after the Hill interests took control. Rolling stock included combination baggage, smoking, and passenger motorcars; observation-buffet cars; and elegant passenger trailers. For a few years, there were also specially built interurban sleeping cars. Because it did not take all night to make the trip between Portland and Eugene, these cars were shunted onto side tracks so patrons could sleep until morning.

In the beginning, operating costs were reasonable, but reductions in service had to be made when passenger volume did not develop as expected. After a peak year in 1920, competition from automobiles, trucks, and buses steadily eroded revenue. Passenger service to Corvallis was discontinued in 1931 and to Forest Grove in 1932. All passenger service ceased on May 13, 1933. The Oregon Electric survived as a freight railroad into the 1990s. Electric locomotives were used until July 10, 1945. 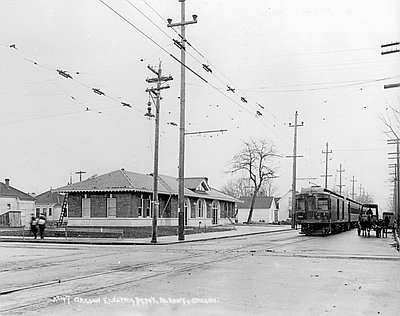 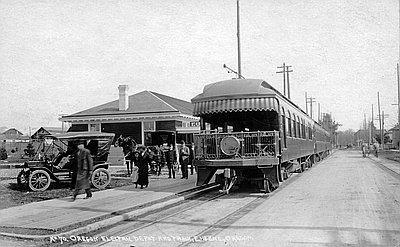 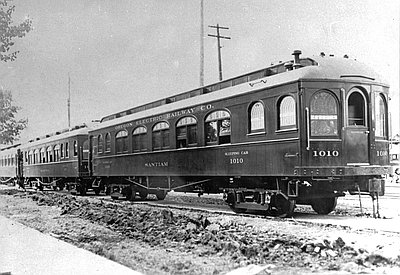 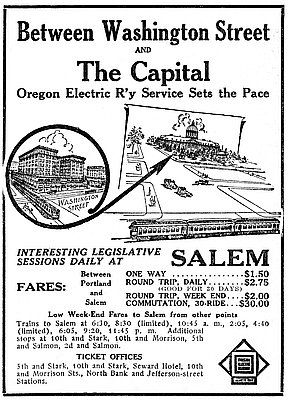 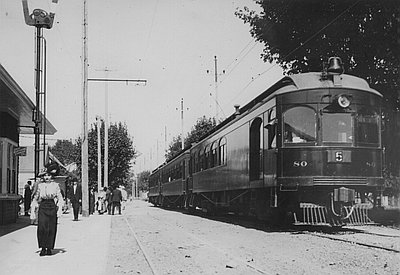 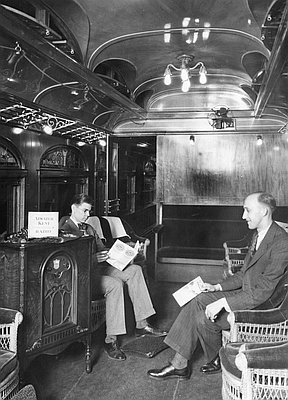 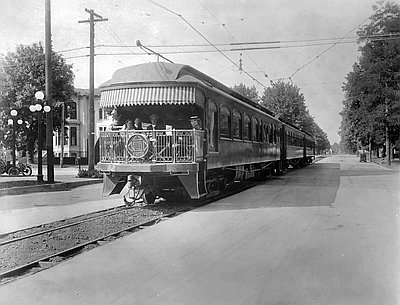 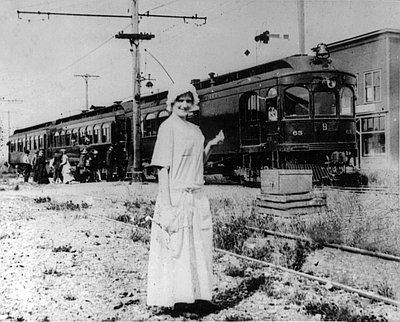 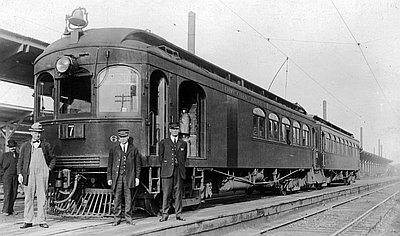 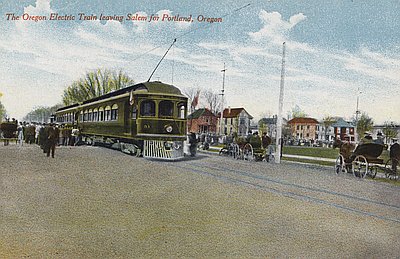 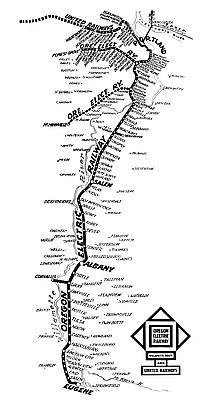 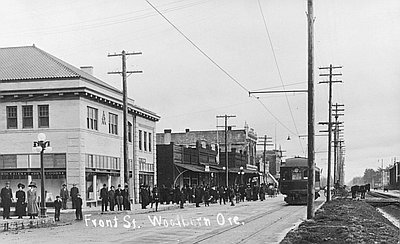 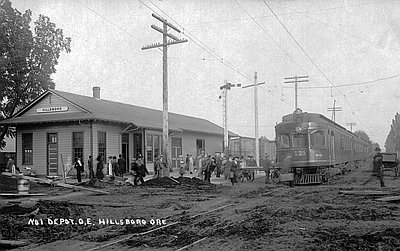 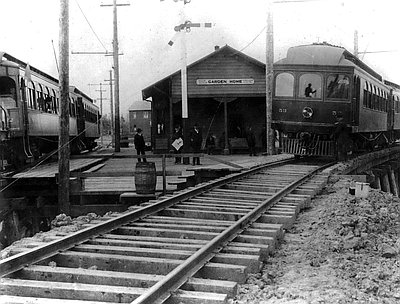 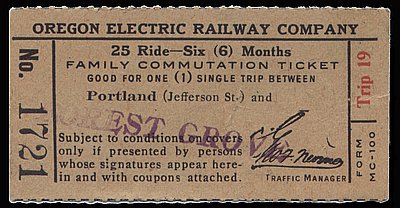