Mountain View Cemetery, established in 1904, was a fashionable burial site for prominent Ashland citizens during much of the twentieth century. The cemetery consists of two parcels of land at the intersection of Normal Avenue and Ashland Street (U.S. Highway 66) in southeast Ashland.

As early as 1889, city officials wanted to create a new cemetery because the Ashland Cemetery, established in 1880, was running out of room. It was not until 1904, however, that the city was able to purchase ten acres north of what was then called Klamath Falls Road, land that had originally been part of the H.C. Willis Donation Land Claim. Three years later, Ashland Lodge #45 of the Independent Order of Odd Fellows purchased two acres just south of Klamath Falls Road for a cemetery. In 1924, they sold a portion of that land to the Ashland Memorial Mausoleum Association for the construction of a mausoleum. In 1932, the Lodge deeded the rest of its burial ground to the city, and that land became part of Mountain View Cemetery. With additional land acquired in 1921 and 1922, Mountain View Cemetery grew to about nineteen acres.

The cemetery is laid out on a level site in a grid pattern, with graves oriented east to west. The design of the cemetery incorporates aspects of the picturesque nineteenth-century garden cemetery, primarily in the earliest section of the north parcel with its individualized plots and vertical markers. Grave markers range from the simple and unadorned to elaborately sculpted monuments that feature symbols of fraternal organizations and other popular motifs, such as the Gates of Heaven opening, doves, foliage, and drapery. The design also incorporates aspects of the lawn cemetery type, a more uniform and efficient style with flush horizontal markers, seen in the south parcel and in the more recent areas of the north parcel. The grounds are planted with grass, and there are many mature trees.

Many first-generation white settlers were buried in Mountain View Cemetery, including members of the Emery, Neil, and True families. The cemetery is most significant, however, as the final resting place of people associated with the development of Ashland following the arrival of the railroad. Burials include those of Eli K. Anderson, a businessman and orchardist; Gwin S. Butler, a philanthropist: Charles C. Chappell, a retired New York stockbroker and local real estate developer; Henry G. Enders, a businessman and community leader; and Francis G. Swendenburg, a physician.

The Ashland Memorial Mausoleum, designed by California builder George D. Mason, was erected in 1924 in the center of the IOOF burial ground. The rectangular, concrete mausoleum, with its façade facing north, is in the Egyptian Revival style, popular after the discovery of the Tomb of Tutankhamen in 1922. The battered walls and doorframe, gorge and roll cornice, and flat roof are characteristic of this style, as are the stepped forms at the corners and elsewhere. The bronze doors, the relief of a wreath over the entrance, and the cross plan of the interior are all derived from early Christian prototypes.

The interior of the mausoleum features Alaskan white marble wainscoting on the walls and crypts and three stained-glass windows made by the Povey Brothers Studio in Portland. The window in the chapel on the south side depicts the risen Christ appearing to Mary Magdalene, while the windows at the ends of the east and west wings feature abstract and floral designs. The Povey Brothers also supplied the clear beveled glass for the entry doors. A second open-air mausoleum, Resthaven, was constructed in the north parcel of the cemetery in 1949 by the Siskiyou Investment Company.

The original ten-acre north parcel and the two-acre south parcel were placed on the National Register of Historic Places in 1994. 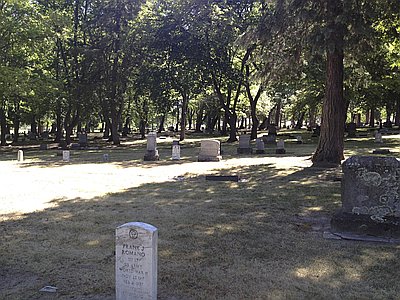 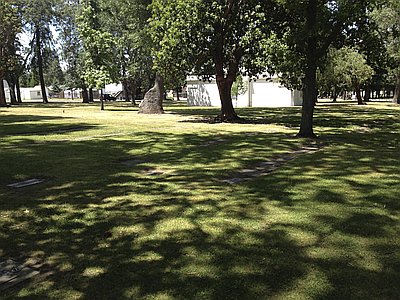 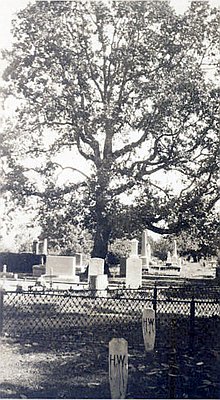 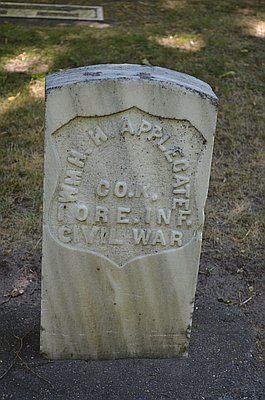 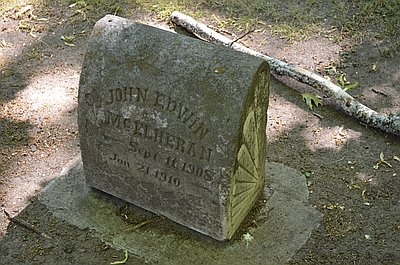 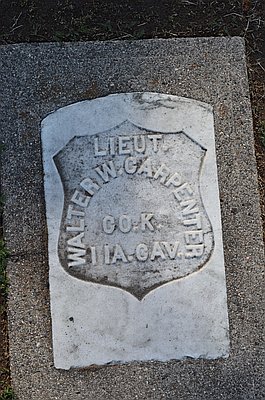 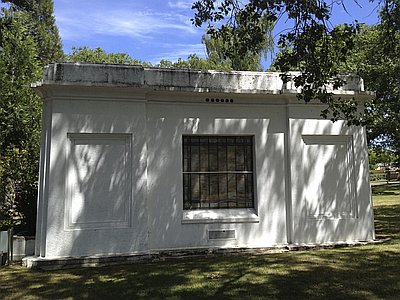 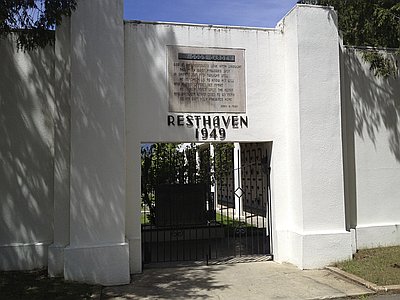 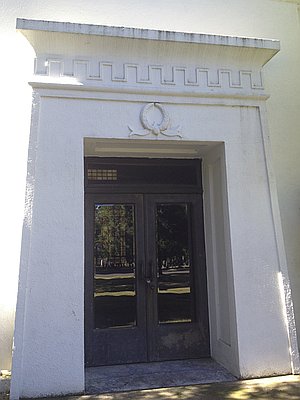 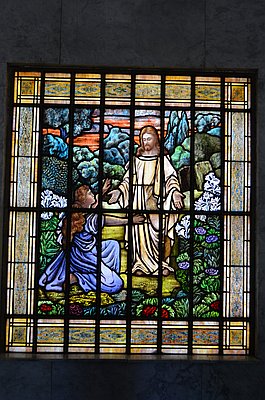 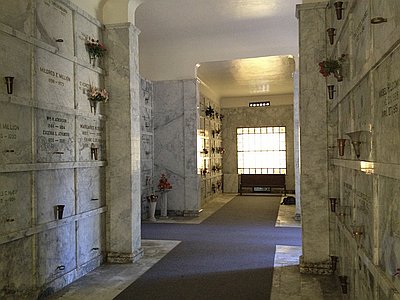 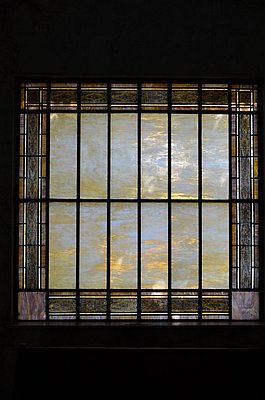