The Morrow County Courthouse in Heppner is one of the oldest continuously operating courthouses in Oregon. Named for pioneer merchant and legislator Jackson L. Morrow, the county was created on February 16, 1885. Heppner was named the county seat in an election held the following June, and local citizens paid for a two-story wooden structure that became the first county courthouse.

By 1902, residents needed a more substantial building. They offered $2,000 toward its construction if it was built on the same site as the original building, up a hill and away from the center of town on Court Street. Heppner's earliest residents would have remembered the flood of 1883, when Willow Creek overflowed its banks and destroyed much of the town, and pressure from citizens may have influenced the decision to keep the courthouse on high ground.

Although other sites were considered, the original location was selected, and Edgar M. Lazarus, a native of Baltimore, Maryland, was named as the architect. Lazarus also designed a number of other distinguished public buildings in Oregon, including Apperson Hall (1898-1899) on the Oregon State University campus and Vista House (1916-1918) in the Columbia River Gorge. The style of the courthouse is baroque and American renaissance (1876 and 1917), which focused on an interpretation of classicism.

Baroque elements of the building include the imposing round dormers and domed cupola on the central clock tower. Classical features include the cornice around the top of the building and two draped female statues on columns that flank the entrance. Brothers Laurence and Louis Monterastelli created the statues for the building and cut dark blue basalt for trim on the exterior. The basalt was from A.W. Osmin’s quarry, about three miles from Heppner, and the light-colored trim stone was probably from Elgin and Baker in eastern Oregon.

The design of the courthouse as a whole is eclectic. The tower divides the façade into halves, each side with two bays and two windows on two floors. The entrance to the building is in the clock tower, and the clock has faces on three sides. The cupola contains a bell that still strikes regularly on the hour. Service elements, including the furnace chimney, coal chute, basement stairs, and jail annex, were located at the back of the building, where there are no decorative features. The interior has a large main hall and a wide oak staircase with turned balusters and square newel posts.

The building was constructed quickly. Excavation began in early May 1902, the foundation was laid during the first week of June, and framing and stonework were nearly finished by the end of September. Heating equipment installation and interior plastering were completed in December, and the clock and bell were installed in February 1903. The Heppner Gazette reported on March 12, 1903, that the building was finished and county officers had moved in. The cost was $56,900 (approximately $1.6 million in 2019 dollars). Just three months later, the courthouse provided temporary shelter to people who had been left homeless by the Heppner flood of 1903.

Except for the basement, which has been remodeled, the courthouse has not been modified since it was completed. The Morrow County Courthouse, which continues to operate as a courthouse, was listed in the National Register of Historic Places in 1985. 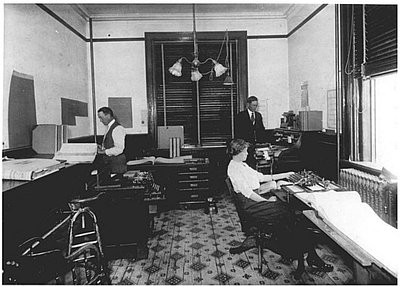 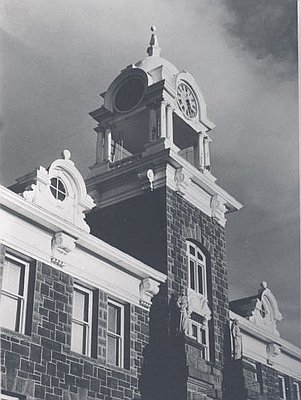 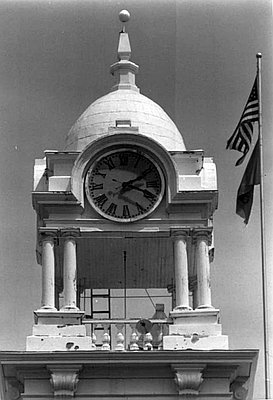 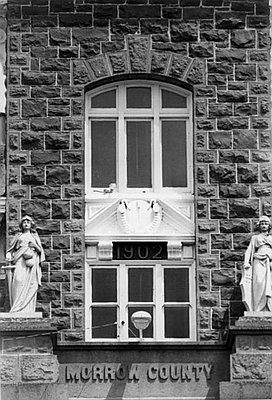 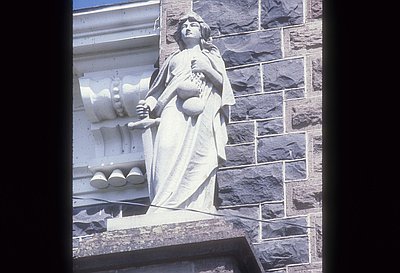 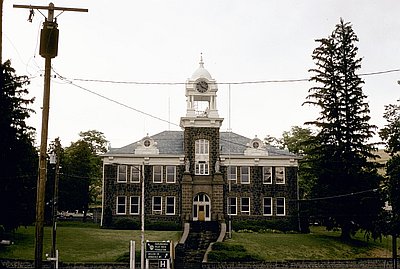 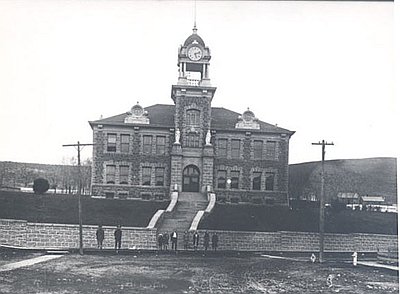 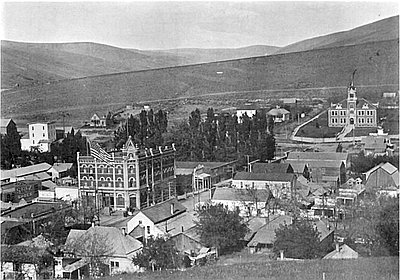 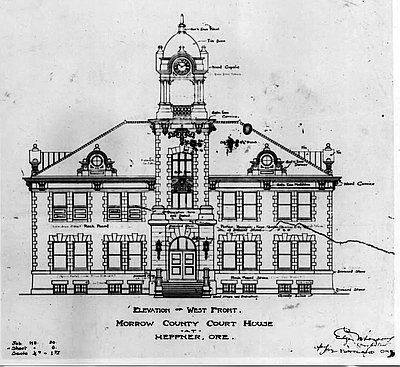 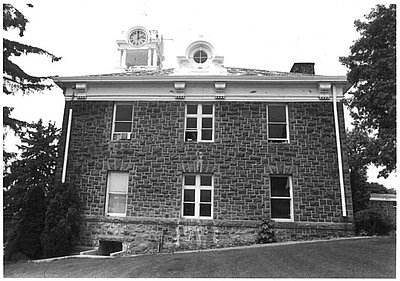 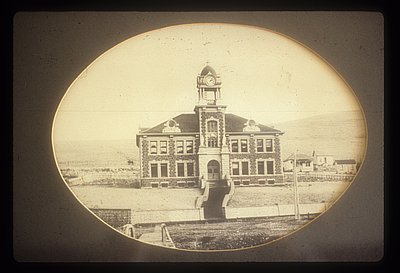 The Crook County Courthouse in Prineville was completed in 1909, built with native basalt from a quarry west of town. With a basement, two main floors, an attic, and a three-story clock tower, it was one of the tallest buildings in Oregon at the time. Its construction not only came with …

In the rolling wheat fields of north-central Oregon's Morrow County lies the city of Heppner. Willow Creek meanders through the center of town, a stream that normally runs only ankle deep by mid-June.

After leaving its head-waters in the Blue Mountains, Willow Creek enters a narrow valley through the undulating, …