During a period of social and racial turmoil in the late 1960s, the Black Student Union at Oregon State University staged a protest, walking off campus on March 5, 1969, because football coach Dee Andros had kicked African American linebacker Fred Milton off the team for sporting a mustache and goatee. Andros, a demanding, old-school coach, would not tolerate players who breached disciplinary rules, including those related to hair. After a forty-minute meeting between coach and player, neither side would budge, with Milton arguing that Andros’s prohibition of facial hair violated his human rights. The fact that this occurred during the off-season made no difference to Andros, although it was known that some white players sported long sideburns during the winter.

Andros’s decision made national news and connected OSU to other racially charged incidents on college campuses and riots taking place in the Black neighborhoods of many major American cities. The incident highlighted the issue of racial and cultural differences at the university and in the conservative Corvallis community of about thirty-five thousand people. Although the football team had been integrated for several years, no Black players on the men’s basketball team had scholarships until 1966.

Fred Grady Lee Milton, the student at the center of the turmoil at OSU, was born on March 30, 1948, in Sparkman, Arkansas, where his father worked as a sharecropper. After moving at least twice in Arkansas during Milton’s childhood, the family moved to the Tri-Cities area in Washington, where Fred starred in football, track, and wrestling. He graduated from Columbia High School in Richland and then attended Wenatchee Junior College.

Milton joined the OSU Beavers football team in the fall of 1967, playing the middle linebacker position and excelling on the 1967 team that defeated nationally ranked University of Southern California and Purdue University. Sports writers dubbed the team the Giant Killers, giving the squad a beloved place in Oregon sports history.

The events of early 1969 clouded that achievement, as opposing assemblies gathered on the OSU campus in support of either Andros or Milton. At dueling rallies on February 26, four thousand students and coaches congregated in the main quad in front of the Memorial Union in support of the Great Pumpkin, Andros's nickname. Another thousand people gathered in a campus meeting hall to support Milton and the Black Student Union.

The consequences for Oregon State University were severe. Of the fifty-six or fifty-seven Black Student Union members enrolled for the winter term, only eighteen registered for the spring term. Of the five Black athletes on the football team, only two turned out for spring practice, and the coaching staff was unable to recruit any Black players that year. “Recruiting black players,” sports historian and OSU professor Michael Oriard has argued, “would remain more difficult for years to come.” Although Andros was immensely popular among OSU’s mostly white students, his inability to acknowledge the racial and cultural changes that were affecting the nation and the school hindered the university’s efforts to achieve greater cultural diversity for years.

Fred Milton went on to play football for and graduate from Utah State University. He married fellow student Loretta Todd in late 1969 and played briefly in the Canadian Football League after his graduation. Milton settled in Portland, where he worked for IBM and Liberty Mutual Insurance. He later worked for the Model Cities Program in Portland’s Office of Economic Opportunity, and joined Multnomah County chair Gladys McCoy’s staff, where he carried out special projects related to African American youths. After working in city government for fifteen years, Milton turned to youth sports, founding the Portland Inner-City Sports Club in 1993.

The football injuries that had ended his playing career resurfaced as Milton aged, forcing him to curtail his activities. He was awarded the Nike P.L.A.Y. Jackie Joyner-Kersee volunteer award for his commitment and promotion of youth sports, and in 1992 he was inducted into the Oregon Sports Hall of Fame. Milton died on January 11, 2011. 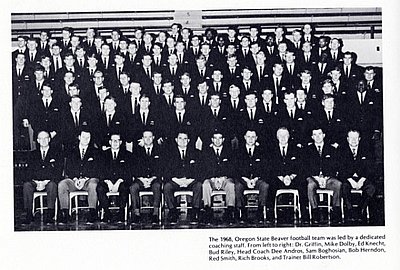 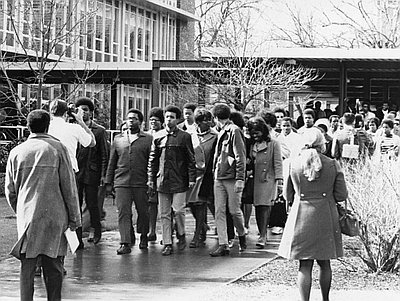 When Harvey Wade “Swede” Halbrook stepped on the basketball court at Oregon State College (now Oregon State University) in 1953, the seven-foot-three athlete attracted instant national attention as the world’s tallest basketball player. His legacy also lives on in the many achievements he has listed after his name in the state’s record …