The Medford IOOF Cemetery, also known as the Eastwood Cemetery, was founded in 1890 by the Medford Lodge of the Independent Order of Odd Fellows (IOOF). The cemetery is located on about twenty acres at Siskiyou Boulevard and Highland Drive in the southeastern suburbs of the city. It was moved to the oak-studded, hillside location after a flood damaged the original site, which had been established in 1887. The IOOF Lodge purchased the land, part of the William Barneburg Donation Land Claim, for $700. The Barneburg family had buried two family members at the highest elevation on the site in 1878 and 1883.

The cemetery is mostly laid out in a conventional grid pattern, with the original entrance at the northwest corner, marked by a gateway with large pillars. The oldest graves, which were moved to the cemetery from the earlier site, are located near the original gateway. Other early graves, primarily of lodge members and their families, are in an area that is organized concentrically around the original Barneburg family plot. This area, known as the IOOF Circle, is radially subdivided with alleys oriented to the four cardinal directions.

Most of the burial plots in the cemetery are defined by low concrete coping, often with urns or arborvitae marking the corners. A few plots are enclosed by wrought iron fencing bearing the insignia of the Stewart Iron Works in Cincinnati, Ohio. Grave markers, carved by local artists such as James Carr Whipp, proprietor of the Jacksonville Marble Works, were cut from imported marble or locally quarried granite. The markers range from small, plain stones to elaborately sculpted monuments featuring symbols of fraternal organizations and popular motifs such as a lamb, which was commonly used to mark a child’s grave.

Many significant people in Medford’s history are buried in the cemetery, including Iradell J. Phipps (1838-1913), who donated land for the Medford townsite, and Joseph H. Stewart (1838-1911), who established the commercial fruit industry in southern Oregon. Japanese pioneers are buried in the cemetery, as well as veterans of the Black Hawk War, the Civil War, the Spanish American War, World War I, and World War II.

In 1925, a rectangular, concrete mausoleum, designed by builder George D. Mason from California, was added to the cemetery just south of the IOOF Circle. The ground plan features a vestibule at the entrance on the north, a chapel on the south, and wings that project to the east and west. The interior is ornamented with Alaskan white marble wainscoting on the walls and crypts, and a stained-glass window depicting Christ appearing to Mary Magdalene is attributed to the Povey Brothers Studio in Portland.

A 1947 addition on the north side obliterated the classical style façade of the mausoleum, although the original bronze doors were preserved. Buried together in the same crypt are brothers Harry (1888-1950) and David Holmes (1881-1959) (originally Harry and David Rosenberg), founders of Bear Creek Orchards and the Harry & David fruit-packing business.

Because of declining membership and financial difficulties in the 1960s, the IOOF Lodge requested that the City of Medford take responsibility for the cemetery. In 1972, the cemetery was deeded to the city. It was placed on the National Register of Historic Places in 1989. 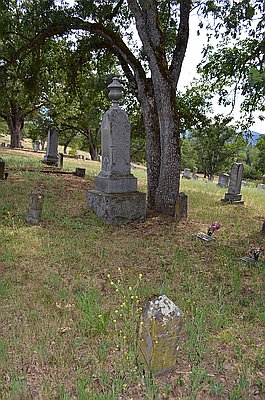 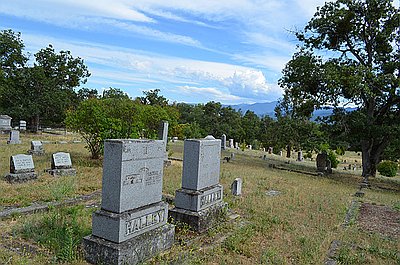 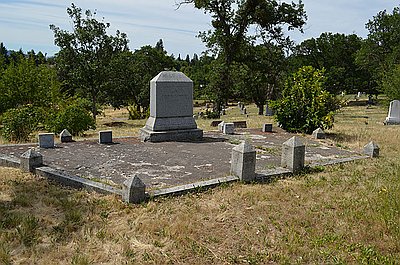 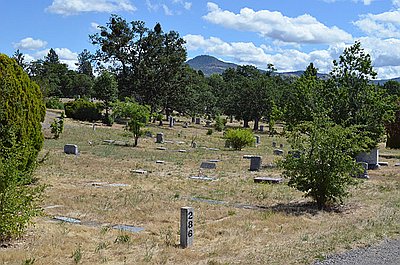 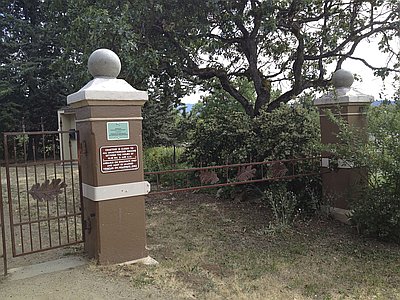 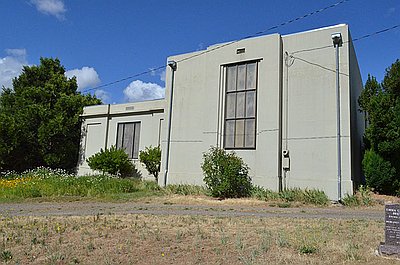 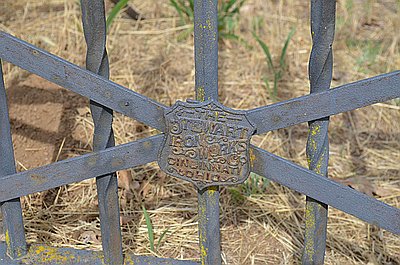 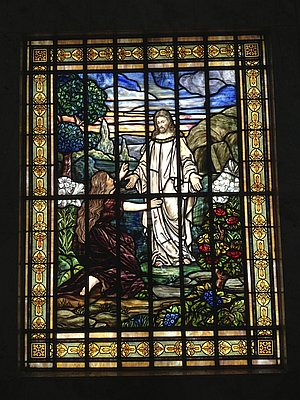 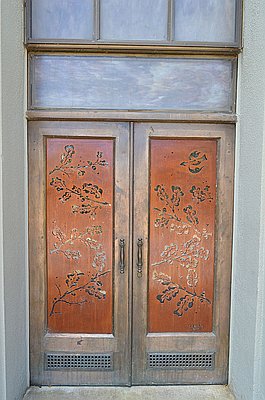 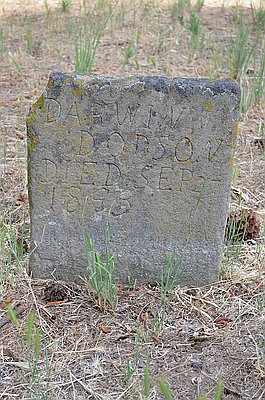 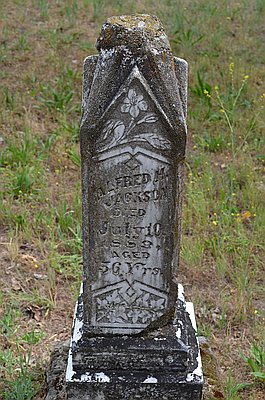 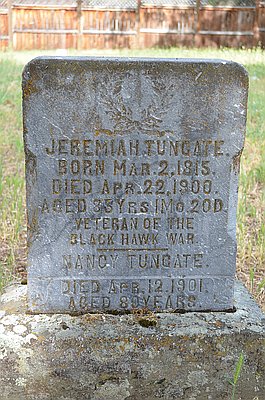 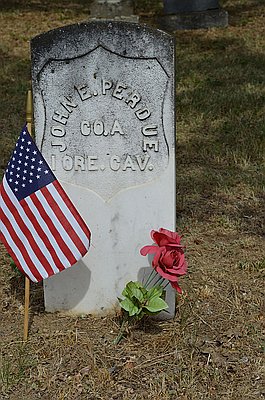 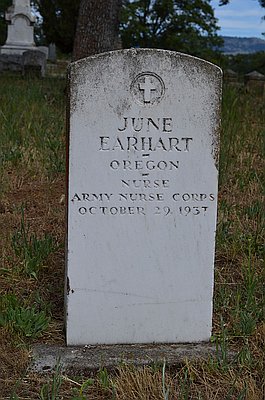 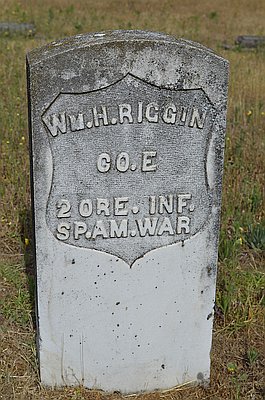 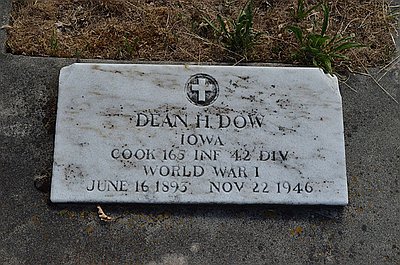 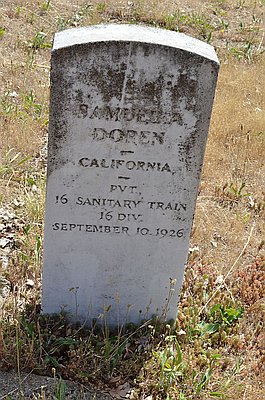 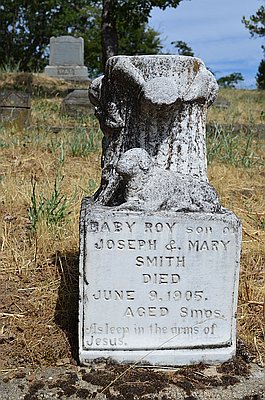 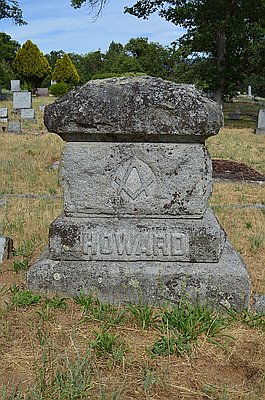 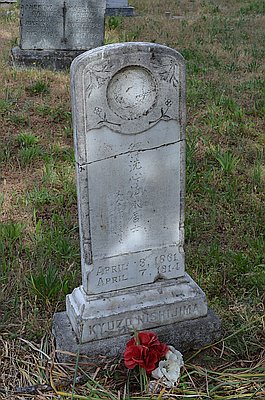 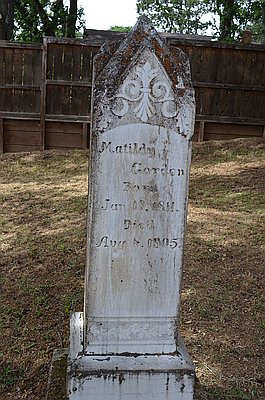 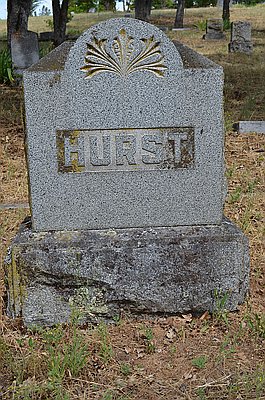 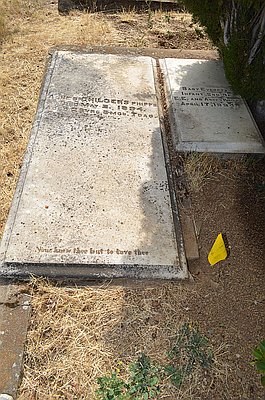 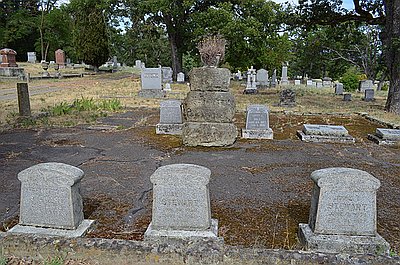 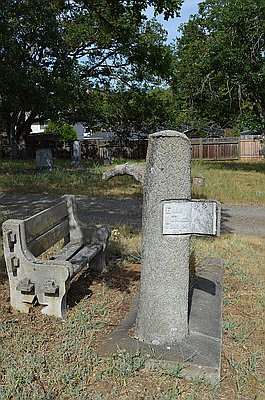 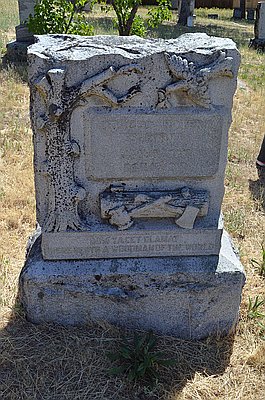