One of ten children born to a farming family near Salem in 1874, McNary lost both parents when he was a child and was raised by his older sister. He attended Stanford University and then returned to Salem to enroll in Willamette University’s School of Law. In 1902, he married Jessie Breyman, a member of a prominent Salem family. She was killed in an automobile accident in 1918. In 1923, he married Cornelia Morton, and the two adopted a daughter, Charlotte. Throughout his political career, McNary found refuge at his Salem farm, Fir Cone, where he raised nut and fruit trees and was recognized as a horticulturist.

After graduation and admission to the Oregon State Bar, McNary practiced in Salem with his brother John until he was named deputy district attorney of the Third Judicial District in 1904. In 1908, he became the dean of the Willamette Law School.

Governor Oswald West named McNary to fill a vacancy on the Oregon Supreme Court in 1913, but he lost the 1914 Republican primary and left the court in January 1915. He continued his involvement in Oregon politics, however, and became chair of the state Republican Party in 1916. In 1917, Governor James Withycombe appointed him to the Senate to fill the seat left vacant by the death of Senator Harry Lane. The following year, he was elected to the office.

In the Senate, McNary quickly attracted the attention of his colleagues when he spoke out forcibly in favor of United States membership in the League of Nations. Veteran Senator Henry Cabot Lodge, a Republican from Massachusetts and one of the League’s leading opponents, nevertheless admired McNary and opened the way for his appointment to the Agriculture and Forestry Committee.

In 1924, McNary became the committee’s chair and quickly moved to introduce bills dealing with issues important to Oregon voters. He and New York Congressman John D. Clarke secured passage of the Clarke-McNary Act, which encouraged forest fire protection, reforestation, and the expansion of national forest lands. With Republican Representative Gilbert N. Haugen from Iowa, he initiated a bill designed to address the postwar recession in agriculture by providing for government purchase of crop surpluses. Over three years, the two managed to get the bill through Congress only to see it vetoed by President Calvin Coolidge. The bill is recognized as the prototype for subsequent agricultural subsidy legislation.

In the face of the growing influence of the Ku Klux Klan in Oregon, in 1922 McNary endorsed Governor Ben Olcott for reelection, a candidate the Klan opposed. He supported the governor despite warnings that his stand could endanger his own reelection in 1924. In fact, McNary considered not running in 1924 in lieu of a cabinet or district court appointment, but the prospect of Klan opposition helped him make the decision to run.

Confronted with the Great Depression, the Democratic takeover of the U.S. Senate, and the election of Franklin D. Roosevelt, Senate Republicans chose McNary to be minority leader, a position he held until his death in 1944. In that role, McNary opposed the conservative Republicans who sought to block every measure of Roosevelt’s New Deal. He found common ground with Roosevelt in their mutual support for public power and trade unions, and McNary’s legislation led to the building of the Grand Coulee and Bonneville hydroelectric dams. Nevertheless, McNary successfully fought Roosevelt’s effort to pack the Supreme Court.

McNary held decidedly isolationist views on foreign relations, strongly favoring the Neutrality Act and consistently opposing any measure that might lead to American involvement in a foreign war. The Nazi invasion of France, however, persuaded him that measures must be taken to aid the British. He worked with Roosevelt to formulate and pass the 1940 Lend-Lease Bill that proved so important to Britain’s survival.

Despite his relationship with the president, McNary accepted the Republican nomination on the Wendell Willkie ticket in 1940. That fall, in The Nation, Democrat and future senator Richard Neuberger characterized McNary as “probably the most progressive individual” on a Republican presidential ticket since Theodore Roosevelt. He had often complained, Neuberger continued, that the management of the party was “in the hands of men who have been directing it away from social and governmental reforms demanded by the masses.”

After McNary died of a brain tumor in February 1944, Time magazine wrote: “In ‘Charley Mac,’ Republicans had a tactician who knew when to hold his pack, in order to let the Democrats knock each other out.…No one on the scene can rival Charley’s cloakroom finesse; his likeliest successors are men more apt to give open battle on the floor.” 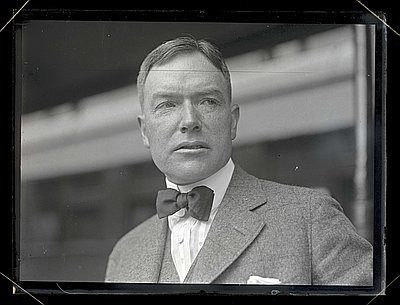 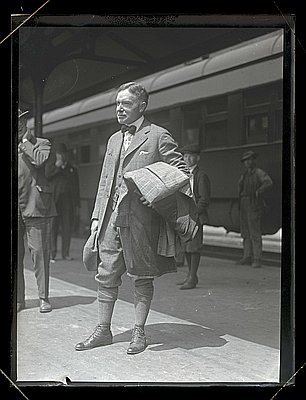 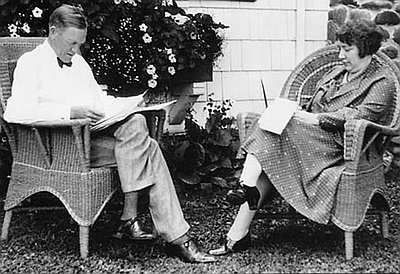