Sidney I. Lezak was Oregon’s longest-serving U.S. Attorney, holding the position for twenty-one years, under five presidents. He also was known as the “Godfather of Mediation” for his work in alternative dispute resolution in Oregon and served as a mentor to many. He was affable, gregarious, and motivated by a desire for public service, and his commitment to social justice lives on through the many lives he touched.

Lezak was born in Chicago on November 8, 1924, to immigrant parents from Czarist Russia. He served as an aerial navigator in the U.S. Army Corps Air Forces from 1942 to 1945, earning the rank of second lieutenant. He received a Distinguished Flying Cross and five Air Medals, which he, in his typical humor, attributed to completing his missions and not dying. Lezak earned a bachelor’s degree in philosophy in 1946 and a law degree in 1949, both from the University of Chicago. In 1949, he married Muriel Deutsch, who became a professor of neurology at Oregon Health Sciences University and the author of Neuropsychological Assessment (2012). They had three children.

Lezak had three careers. The first, from 1953 to 1961, was in private practice in Portland with the firm of Bailey, Lezak, Swink & Gates. He primarily represented unions, including the Longshoremen, the Teamsters, and the Boilermakers. His second career, from 1961 to 1982, was as U.S. Attorney for the District of Oregon, serving under Presidents John F. Kennedy, Lyndon B. Johnson, Richard Nixon, Gerald Ford, Jimmy Carter, and Ronald Reagan. His longevity in a political position through so many administrations is historic and was due in large part to his ability as an administrator, his skills in legal diplomacy, and his reputation for running his office honestly and free of partisan politics. He was a Democrat and self-proclaimed liberal who had the support of Oregon’s Republican congressional delegation.

Known for his work on cases involving land and mail fraud, pyramid schemes, and Indian treaty rights, Lezak was also well known for his opposition to the Vietnam War. While he was charged with prosecuting so-called draft dodgers, he did not object to finding flaws in the draft boards’ paperwork, and he helped conscientious objectors find suitable nonmilitary work assignments. Lezak tendered his resignation when President Nixon was elected, but it was rejected. He finally resigned under President Reagan because he did not agree with the Justice Department’s agenda, especially the priority of focusing on arrests for drug crimes rather than white-collar crime.

In 1982, Lezak launched his third career with a speech to the City Club of Portland on alternative dispute resolution (ADR), “Let the Forum Fit the Fuss.” Informed by the intractable disputes he had mediated in the U.S. Attorney’s office, he had a passion for finding less expensive, more satisfying, and lasting ways for people and entities to solve legal disputes. His primary tools as a mediator were his sincere interest in people, his sense of humor, and his gentle powers of persuasion.

Lezak’s advocacy for ADR put Oregon at the national forefront of a new and emerging field. Over his twenty-five-year career in ADR, he was known as the Godfather of Mediation and the Johnny Appleseed of Dispute Resolution. In 1987, he served on an advisory committee to establish the Oregon Dispute Resolution Commission and was named its first chair in 1989. He helped establish mediation programs at all three Oregon law schools and was a popular teacher. In 1994, the Oregon Mediation Association established the Sid Lezak Award of Excellence. He was the first recipient. Two years later, the ADR section of the Oregon State Bar established the Sidney I. Lezak Award for outstanding contribution to the field. He was an influential leader in the International Academy of Mediators and received the president’s award in 2004; the Academy established the Sidney Lezak Award in 2010.

Known for his enthusiasm, big smile, and bow tie, Lezak was an exuberant personality. He encouraged public service and work for social justice and civic involvement. He was also an advocate for women in the professions. In 1972, he resigned as president of the City Club of Portland after its membership voted to deny admission to women; they were admitted the next year. He was a mentor and friend to many law students and young lawyers. Known as Uncle Sidney, he advised summer law clerks in the U.S. Attorney’s office at every stage of their careers, opened doors, and made connections.

Sid Lezak died in 2006 at the age of eighty-one. His legacy lives on through the Lezak Legacy Fellowship at Lewis & Clark Law School. 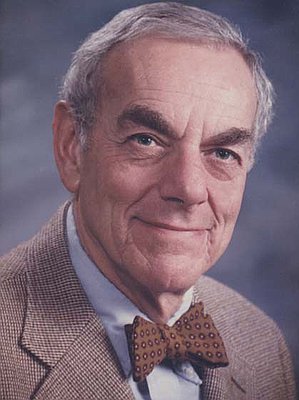 City Club of Portland is Oregon’s largest civic affairs group. It is a nonprofit, nonpartisan, educational, and research-based organization dedicated to public policy, community service, and leadership development. Through its Friday Forums, citizen-based research reports, and other programs, City Club examines issues of importance to the Portland metropolitan region, the …

In 1883, British scholar Richard Hopwood Thornton and Matthew Paul Deady, Oregon's sole federal district court judge, took steps to found a night law school for Oregon. In 1884, they persuaded the University of Oregon to establish the school in downtown Portland, with Thornton as professor-in-charge. Law classes began that …