One of America’s best-known photographers, Dorothea Lange captured some of the most evocative and recognizable images of Oregon during the Great Depression. From 1935 to 1939, she worked as a field investigator and photographer with the Resettlement Administration, a New Deal agency that was subsumed by the new Farm Security Administration in 1937. In the late summer and fall of 1939, Lange traveled through the Pacific Northwest, producing over five hundred photographs of the people and rural environment of the Columbia Basin, Willamette Valley, the Rogue River Valley, the Klamath Basin, and Malheur County. These photos, along with Lange’s terse yet observant captions, provide a rare glimpse of the social and cultural realities of rural Oregon during the Depression.

Dorothea Margaretta Nutzhorn was born on May 25, 1895, in Hoboken, New Jersey. Determined to be a camera artist, Lange found work as a photographer’s assistant in New York studios and took classes at Columbia University with Clarence White, a noted fine-art photographer and educator. After adopting her mother’s maiden name, she moved to San Francisco in 1918, where she established a studio specializing in portraits of the social elite. In 1920, she married western artist Maynard Dixon (1875-1946); the couple had two sons.

By the early 1930s, Lange’s populist sensibilities took her into the streets to record images of poor, unemployed, and migrant families. Her photos caught the eye of Berkeley economist Paul Schuster Taylor, who arranged for her to work as a field investigator and photographer for the newly formed Resettlement Administration. Lange and Dixon divorced in 1935, and she married Taylor the same year. Together, the couple crafted an illustrated study of Dust Bowl migrants, published in 1940 as An American Exodus: A Record of Human Erosion.

According to fellow RA and FSA photographer Arthur Rothstein, the purpose of the agency’s photography project was to “document the problems of the Depression, so that we could justify the New Deal Legislation that was designed to alleviate them.” Roy Stryker, head of the RA’s Historical Section, stipulated that no photograph should ridicule its subject or present a cliché. He also instructed photographers to temper their depictions of rural poverty with images that suggested the persistence of traditional values and familial bonds. Lange focused on migrant families in her work for the project. Her photograph Migrant Mother (1936), taken in Nipomo, California, remains one of the most iconic images of the Depression.

In August 1939, Lange arrived in Grants Pass to begin documenting farming operations, small towns, and labor camps throughout Oregon, Washington, and Idaho. Her field notes describe her subjects’ lives and places and capture her subjects’ attitudes and humor. Her Oregon images reflect Lange’s view that all individuals—farmers, farmworkers, and small-town residents—were or could become citizens with the hope of creating a just and egalitarian society. Lange also detected widespread fear and hostility in Oregon toward labor organizers and the New Deal. And although she believed in the potential of federal projects, she also documented the anger and resentment many Oregonians felt toward the federal government.

Lange’s photographs of Merrill, Oregon, in October 1939 were her last as an FSA employee. On October 28, Stryker fired her, claiming budgetary issues. Returning to her home in Berkeley, she completed her field notes and finished her assignment on November 30, 1939. Violating an FSA stricture, Lange used real names in the captions for her Malheur County photographs to give dignity to her subjects. In 1940, many of her Oregon photographs were published in the Northwest Regional Council’s book, Caravans to the Northwest, which was adopted as a textbook in public schools in Seattle, Spokane, and Portland.

Dorothea Lange continued to take remarkable photographs, documenting the World War II incarceration of Japanese Americans in 1942, working on assignment for Fortune and Life magazines in the 1940s and 1950s, and traveling to other countries. Shortly before her death from cancer on October 11, 1965, John Szarkowski, the curator of photography for New York’s Museum of Modern Art, proposed a major Lange retrospective, the first for a woman photographer at that venue. 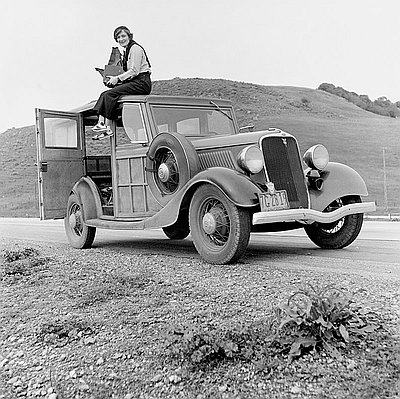 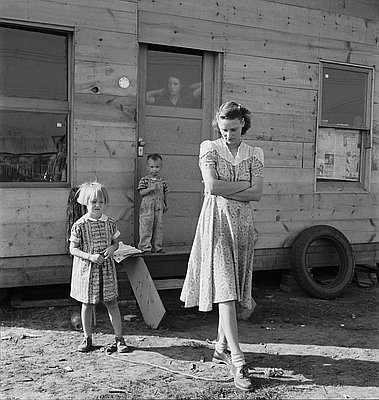 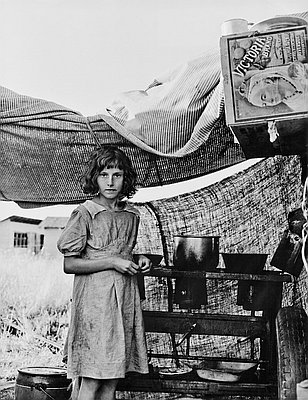 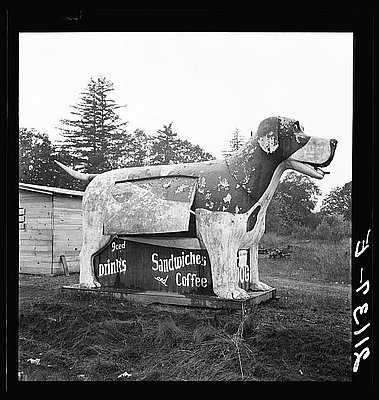 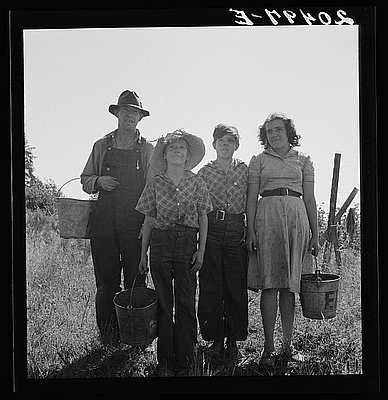 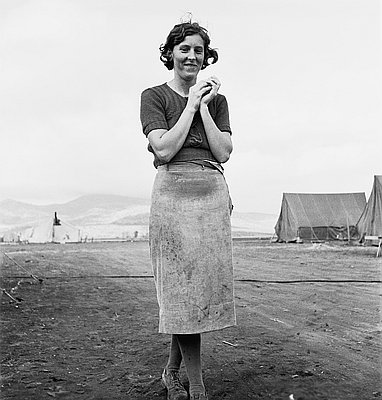 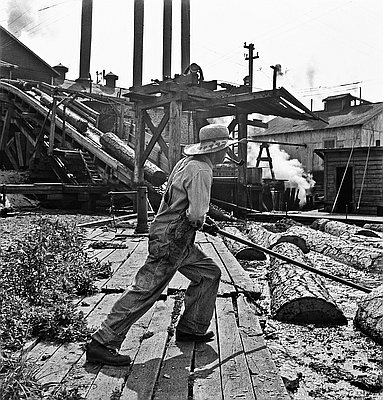 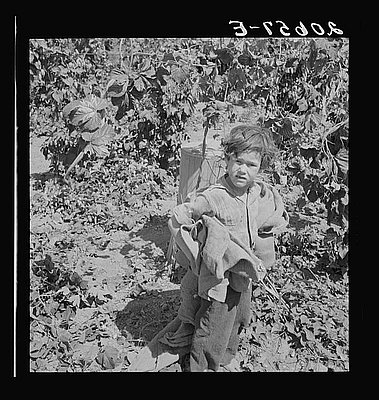 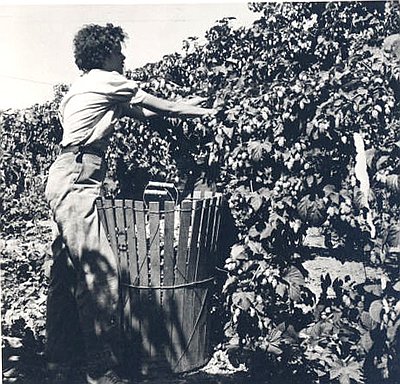 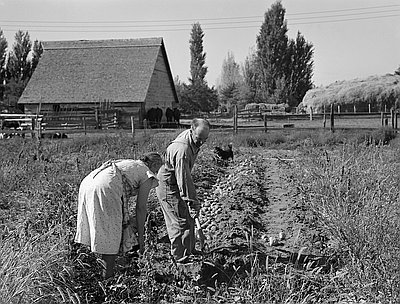 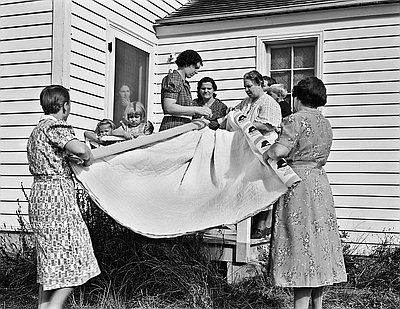 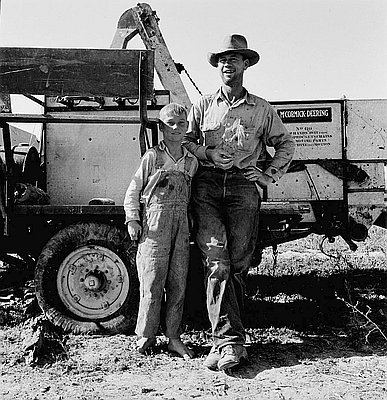 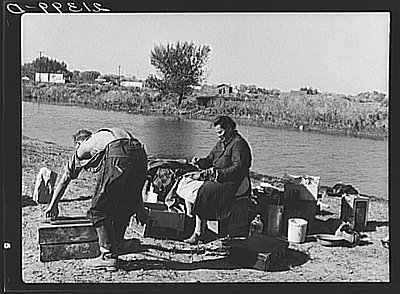 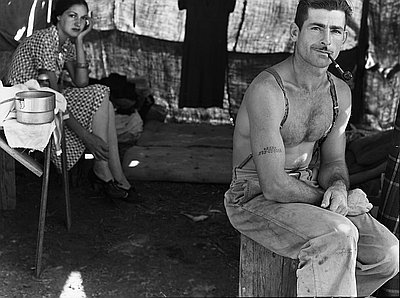