Charity Lamb was the first woman to be convicted of murder in Oregon Territory. On Saturday, May 13, 1854, she struck her husband Nathaniel in the back of the head with an axe while he was eating supper with their five children. The Oregon Weekly Times, Oregon Spectator, and Oregonian newspapers branded her “a monster” and characterized the act as “cold-blooded,” “inhuman,” and “revolting."

On September 11, Lamb appeared in the U.S. District Court at Oregon City on a charge of murder. She stood before presiding judge Cyrus Olney, cradling an infant in her arms, as James Kelly, her court-appointed attorney, pled her “not guilty.” At trial, Lamb claimed what would one day be called extreme “wife abuse.” No such defense existed in law at the time, but its premise was couched in a combination of two legal defenses: insanity and self-defense.

Two of her five children, Mary Ann (age nineteen) and Abram (age thirteen), testified that their father had often beaten Charity with his fists and kicked her. At least one of the children reported that he had struck her with a hammer and that he had ordered her to get out of her sick bed and work. Charity testified that her husband had tried to poison her. He often had taunted her with threats of violence and had fired a gun in her direction to frighten her. Throughout the week prior to the murder, he had told her of his plans to abandon the family, kill her, and head to California.

Although the jury concluded that Charity Lamb had been distraught and had been threatened, they determined that her anxiety did not amount to legal insanity and that she had not faced immediate harm at the moment she killed her husband. Although she might have been justified in interpreting his threat as inevitable, it was not imminent. Reluctantly, the twelve-man jury—women were not allowed to be jurors at the time—found her guilty of second-degree murder. They urged the judge to be merciful, but the law mandated that she be sentenced to life in prison.

Charity Lamb’s baby was taken from her, and she was placed in the all-male territorial penitentiary in Portland. In 1862, she was moved to Hawthorne’s Insane Asylum in southeast Portland, where she died in 1879. Her birth date is unknown, but she was likely in her early forties at the time of her trial. Lamb was buried at the Lone Fir Cemetery in a grave that was one of many that were paved over in about 1930. 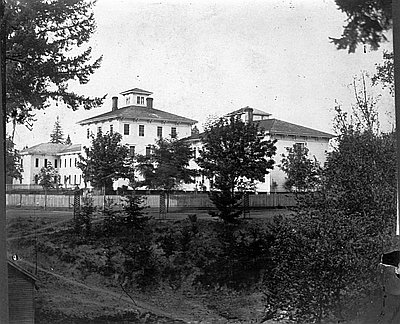 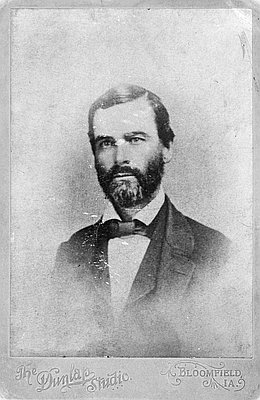 James C. Hawthorne was a well-known doctor in the mid-nineteenth century whose name served as euphemism for insanity in the popular press. An early settler of the City of East Portland, Hawthorne had a hand in financing the first bridge across the Willamette River and was elected to the city …