James C. Hawthorne was a well-known doctor in the mid-nineteenth century whose name served as euphemism for insanity in the popular press. An early settler of the City of East Portland, Hawthorne had a hand in financing the first bridge across the Willamette River and was elected to the city councils of Portland and East Portland. Hawthorne Boulevard in Portland and Hawthorne Avenue in Salem are named for him. Perhaps the greatest of Hawthorne’s accomplishments, however, was that he was the founder of Oregon’s first institution for the insane and its first practitioner of what was known as asylum medicine.

Hawthorne was born in Mercer County, Pennsylvania, in 1819 to James Hawthorne and Mary Donnell. The National Magazine reported in 1893 that he grew up on the family farm and was “thoroughly prepared for college” by home schooling, while other sources claim that he attended public schools. His medical education was described as an apprenticeship under a local physician before he attended the Medical University at Louisville, Kentucky; but the records at the University of Louisville, which absorbed the archives of the city’s historic medical schools, do not record him as a graduate or an attendee.

In 1850, Hawthorne settled in gold-crazed Auburn, California, about thirty-five miles northeast of Sacramento. He set up a medical practice, invested in profitable gold mines, and was elected as a member of the Whig Party to two terms in the California State Senate, where he voted with the American/Know-Nothing majority. In 1856, he made the fortuitous decision to not run for re-election, as his party was ousted in a corruption scandal the following year. He switched to the Democratic Party and moved to Portland.

Hawthorne settled east of the Willamette River, buying up a large portion of James Stephens’s donation land claim across from Portland. Multnomah County soon awarded him a contract to maintain the county’s poor farm on Canyon Road. By July 1859, he and his business partner Dr. A.M. Loryea were advertising a hospital. They were some of the first doctors in Oregon to use surgical anesthesia.

In 1861, Hawthorne and Loryea opened the Hawthorne Asylum on Southeast 12th Avenue and Salmon Street, the first such treatment center in the Pacific Northwest. There they practiced modern “asylum medicine,” known as moral treatment, and followed the practices of reformers such as Thomas S. Kirkbride and Dorothea Dix.

The next year, the partners persuaded the legislature to fund mental health care for the poor by offering a contract for bid. Governor Addison Gibbs noted that because “no other persons applied for the contract and none other desired it," the bid offered by Hawthorne and Loryea was accepted at the maximum allowed rate of $10 per patient per week. Meanwhile, Hawthorne maintained a contract with the poor farm, whose residents were transferred to a separate wing at the asylum.

Hawthorne charged what were considered high fees for the care of patients, and his fees and affiliation with the Democratic Party caused discord in the legislature. Governor Gibbs and others investigated him for fraud and mistreatment of patients, but he was never found culpable of the charges and biennial inspection reports gave the asylum glowing reviews. Even mental health reformer Dorothea Dix visited the institution and spoke of it highly.

The population of the asylum grew from 63 patients in 1863 to 327 in 1881, with most patients' care paid for by the state. Private patients were also accepted, but their numbers never exceeded 5 percent. Patients arrived from across the state and eventually from neighboring territories. The patient population was 60-75 percent male and majority white. An 1880 statistical report revealed that 43 percent of patients were foreign born, although Oregon’s foreign-born population was only 17.5 percent.

Diagnoses of patients consisted of acute mania, dementia, epilepsy/epileptic mania, general paralysis (of the insane), idiocy, monomania, and recurrent mania, with chronic mania being the diagnosis for about 50 percent of patients (none of these diagnoses translate directly into modern terms). The 1868 Visiting Physician’s Report called out self-abuse as the root cause of disease for the majority of patients.

In 1862, Hawthorne married Emma Curry, the niece of former Territorial Governor George L. Curry, but she lived only a few weeks into the marriage. In 1865, he returned to the Sacramento area to marry socialite Rachel Louise Murray Hite. They had three daughters.

Hawthorne was involved in the promotion and financing of the first bridge across the Willamette River in Portland. In May 1870, he, Loryea, and Simeon Josephi incorporated the Portland Bridge Company, along with Bernard Goldsmith, mayor of west Portland; Philip Wasserman, upcoming mayor; and Henry Failing. The company launched with a combined capital of $200,000 to fund a bridge at Morrison Street. Construction was held up in court for over a decade, primarily due to opposition from shipping interests.

Just as Hawthorne’s career was built on understanding the human mind, so was it ended by it. He died in 1881 of an apparent cerebral hemorrhage and was buried in Lone Fir Cemetery next to his infant daughter. The Hawthorne Asylum remained open until the state opened its own facility in Salem in 1883. The asylum complex was abandoned soon after the transfer of patients, and it burned to the ground in 1888. 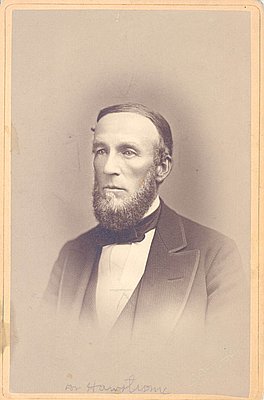 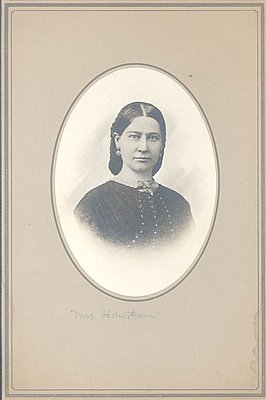 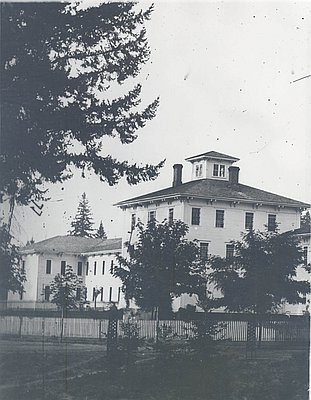 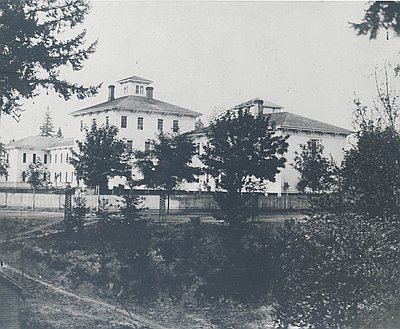 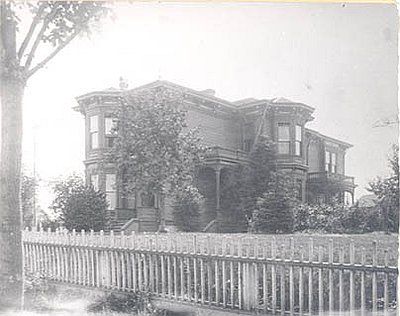