If you learned anything about writing in school, you may have University of Oregon Professor Albert R. Kitzhaber to thank. A researcher, teacher, and author, Kitzhaber was an early, important advocate for reform in teaching composition at the high school and college levels.

Kitzhaber made many significant contributions to English studies. Rhetoric in American Colleges 1850-1900 (1990), drawn from his dissertation, analyzed the early years of American composition teaching. His research, which was influential long before it was published, described a period during which, as he put it, the teaching of writing became reduced to "drudgery of the worst sort." The study set the stage for educational reform in the 1950s and 1960s, which connected the teaching of composition to such other fields as linguistics, education, and psychology. His work helped invigorate a research tradition in composition studies.

Kitzhaber was the chair of the Conference on College Composition and Communication in 1959. In the early 1960s, he conducted a major study of what was actually being done in college courses in Freshman English. Sponsored by the Carnegie Foundation and published as Themes, Theories and Therapy: The Teaching of Writing in College (1963), Kitzhaber's study made twenty-one recommendations for improving the way writing was taught in college. He advocated for those recommendations as president of the National Council of Teachers of English in 1964 and on national panels and committees.

Kitzhaber was also an architect of what became known as The New English. In the late 1950s, he directed a study of the curriculum in the Portland city schools, setting the stage for the inclusion of English in the post-Sputnik educational reforms. He and others obtained federal funding for Project English, which established a dozen curriculum research centers around the country. Kitzhaber directed the center at the University of Oregon and led the research and production of teaching materials, textbooks, and films. He was also one of the organizers and speakers at the 1966 Anglo-American Seminaron the Teaching of English atDartmouthCollege, where he argued that the study of English should be language-focused, student-centered, and grounded in research.

Kitzhaber was married to Annabel Reed Kitzhaber (1917-2005), an educator, author, and president of the League of Women Voters of Oregon. The Kitzhabers raised three children; their son John Kitzhaber served as governor of Oregon from 1995 to 2003, and was elected again in 2010. Albert Kitzhaber died in 2006. 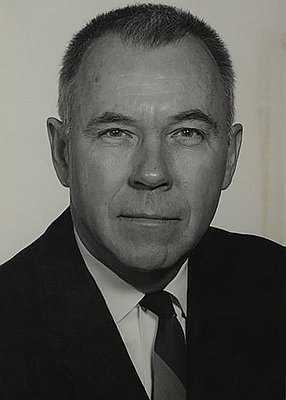