The town of Joseph, situated at the base of the Wallowa Mountains at the southern edge of the three valleys of the Wallowa River, is the cultural and tourism center of northeastern Oregon. The striking beauty of the town’s natural surroundings lent it the nickname Little Switzerland of America. That moniker may have originated with one of the town's signature festivals, the Alpenfest, which began in 1975 as an annual celebration of Swiss and Bavarian culture.

Before white resettlers arrived in the region, the place that is now Joseph was at the heart of the ancestral homeland of the Nimiipuu, or Nez Perce. Many members of the Wallowa band of the Nez Perce lived along the shores of Wallowa Lake, a mile to the south of present-day Joseph. The lake and surrounding region were deeded to the Nez Perce as a reservation in an 1855 treaty, but the discovery of gold in 1863 led the United States government to attempt to renegotiate.

The Wallowa band of the Nez Perce refused to sign the new treaty, which would have excluded them from their ancestral homeland. Mounting pressures from resettlers and the U.S. government eventually boiled over into the Nez Perce War, which concluded with the younger Chief Joseph (Heinmot Tooyalakekt) being captured as he attempted to seek asylum in Canada in 1877. After Joseph's surrender, the region around Wallowa Lake was officially opened to resettlement.

The name Joseph first appeared in the United States Post Office Directory in 1879, after postal authorities rejected the proposed names Silver Lake and Lake City because of duplication. The town of Joseph was named in honor of either Tuekakas, also known as Old Joseph, who had a reputation of being friendly to whites, or his son Heinmot Tooyalakekt.

The first postmaster, Matthew Johnson, who suggested the name, operated a small store to supply resettlers in the area. Other businesses soon followed, and Joseph became a supply center for farmers and stockmen who were moving into the Wallowa mountain valleys. By 1881, Joseph had a large mercantile store, a flourishing mill, and a schoolhouse. The town's first newspaper, The Chieftain, began publication in 1883; it relocated to Enterprise in 1893.

In 1887, the town was incorporated and platted. E.J. Forsythe was elected mayor, and the First Bank of Joseph and the town's first church (Presbyterian) were established. The city council authorized the construction of a waterworks system in 1888, and an electric light plant began operations in 1900.

Joseph was initially connected to the outside world by stage lines to Elgin and Lewiston, Idaho. In 1908, the Oregon-Washington Railroad and Navigation Company built a branch line to Joseph from the Union Pacific Railroad in La Grande. The town's timber industry launched in earnest after the establishment of the railroad line, and timber became the primary economic product of the region. The first major mill was the Joseph Planing Mill, on the banks of the Wallowa River, which was owned and operated by A.M. Hall & Son.

In 1900, Joseph had 237 residents, a number that tripled over the next decade. The town's population ebbed and flowed over the ensuing century, reaching its high point in 2018 with 1,120 residents.

Joseph's traditional industries of agriculture, livestock, and timber remain strong in the twenty-first century, complemented by bronze foundries and businesses that serve tourists attracted to the region by its access to outdoor recreational opportunities. The town is situated at the edge of the Eagle Cap Wilderness, Oregon's largest wilderness area, and is near the Hells Canyon Recreation Area, the Zumwalt Prairie Preserve, the Iwetemlyakin State Park, the Nez Perce Homeland Project, Wallowa Lake, and the Tamkaliks Celebration.

In recent years, Joseph has remade itself into an arts and culture destination. The Fishtrap writing center is located nearby, and annual events include the Festival of Arts, the Chief Joseph Days Rodeo, the Bronze, Blues, and Brews festival, and Alpenfest. A main street beautification project completed in 2001 revitalized the downtown.

Tennis great Margaret Osbourne duPont, who won a record twenty-five Grand Slams at the U.S. Championships, was born in Joseph in 1918. Actor Walter Brennan and historian Alvin Josephy both owned ranches outside Joseph for many years. The Josephy Library, named for Alvin Josephy and built on his book collection, operates as a regional arts and culture center. 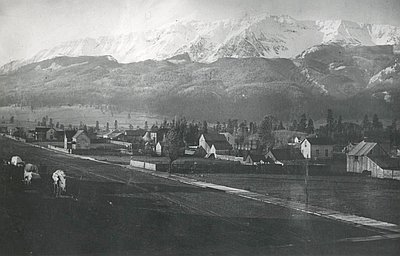 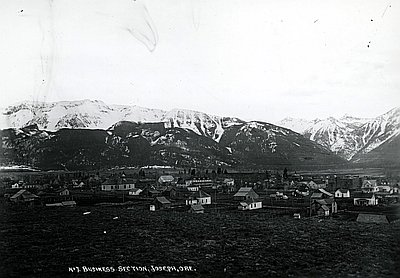 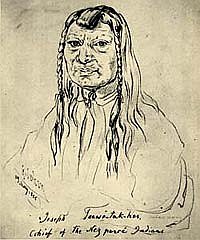 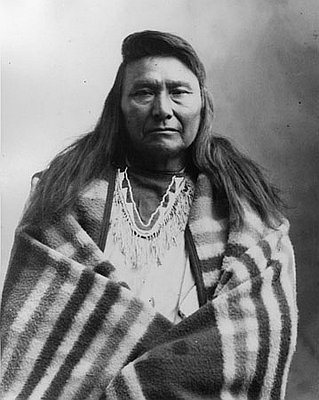 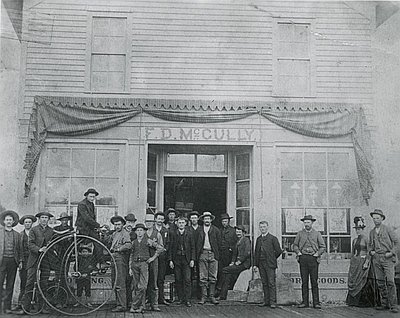 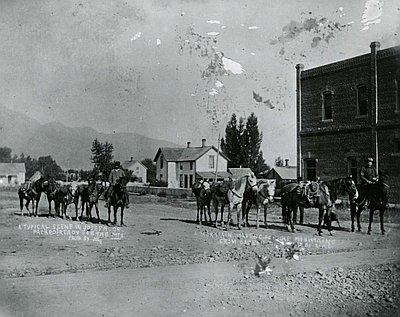 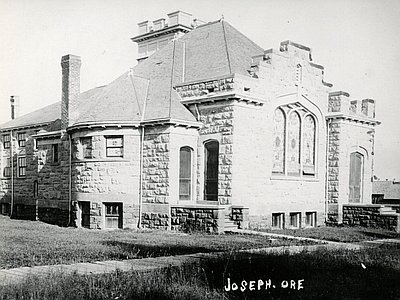 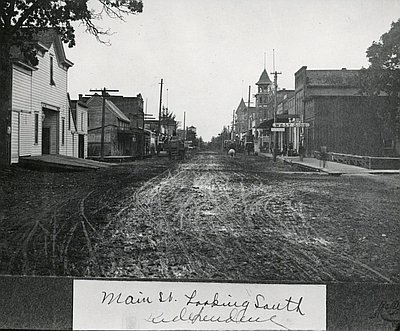 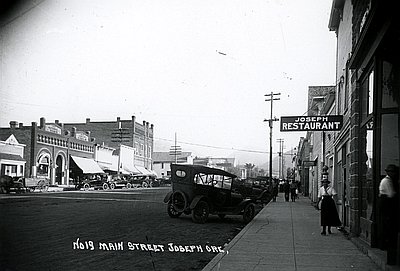 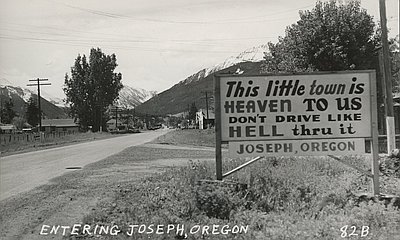 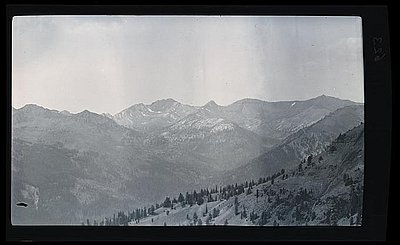 An Illustrated History of Union and Wallowa Counties. With a Brief Outline of the Early History of the State of Oregon. Spokane: Western Historical Publishing Company, 1902.

Alvin Josephy was born in Woodmere, New York, in 1915, and died in his Greenwich, Connecticut, home on October 16, 2005. For over half of his ninety years, he had a small ranch near Joseph, and he considered Oregon home. His last book was a memoir titled A Walk toward …

Heinmot Tooyalakekt (Thunder Rising to Loftier Mountain Heights), also known as Chief Joseph, was a prominent figure among the Nimiipuu, or Nez Perce. He is best remembered as a leader during the Nez Perce War of 1877. Although his role in that conflict is much misunderstood, Joseph participated significantly in …

Tamkaliks Celebration takes place each July in Wallowa as a celebration and recognition of Niimiipuu (Nez Perce) presence in the Wallowa Valley. The event began in 1990 when the City of Wallowa invited Taz Conner, a descendant of Tuekakas (Old Chief Joseph), to help plan a festival.

The first year, the …