Kwan Hsu arrived in Portland in 1964, a newly minted professor tasked not just with teaching at Portland State College (now Portland State University) but also with creating a new biophysics program in the Physics Department. When the United States normalized relations with China, Hsu’s connections on both sides of the Pacific Ocean placed her in a position to foster business and cultural connections between two very different worlds.

Born in Guang-Xi province, China, in 1913, Hsu grew up in Shanghai, one of the most cosmopolitan cities in Asia. Educated in Catholic missionary grammar and high schools, she spoke fluent French and English when she matriculated at the University of Shanghai, a four-year university founded and supported by Baptist missionaries from the United States. She graduated in 1936 with a bachelor of science degree with honors in physics.

Like many Chinese scientists in the early twentieth century, Hsu planned to study abroad for an advanced degree and then return home to help build the future of China. Her plans were interrupted by the outbreak of the Second Sino-Japanese War. She spent the next ten years negotiating the harsh realities of Japanese-occupied Shanghai as the sole breadwinner for her stepmother and two younger brothers. In 1947, Hsu finally arrived in the United States to pursue her dream of an advanced physics degree. Two years later, she was trapped in the United States when the government cut ties with the People’s Republic of China (PRC). It would be twenty-five years before she saw her family again.

Though originally intent on pursuing a doctorate in physics, after finishing her masters degree Hsu found her interest piqued by the expanding field of biophysics. As a student in exile in a nation that seemed uncertain if she was an intellectually valuable refugee or an enemy in waiting, Hsu persevered in her pursuit of higher education. In 1960, she graduated with a Ph.D. in biophysics from the University of California, Berkeley, having done her dissertation research at the prestigious Donner Laboratory.

Hsu arrived in Portland in 1964, where she would remain for the rest of her life. At the time, many universities were replacing retiring female faculty members with men or denying qualified women professors tenure-track positions. Yet, the Physics Department at Portland State College hired a female, naturalized U.S. citizen whose first language was not English to create and promote its new biophysics program. As a professor, Hsu taught biophysics and participated in research projects. Most of her research focused on the creation of artificial lipid membranes and, later, the properties of those membranes, creating stable models that could be grown in a lab and provide building blocks for future research. Hsu retired in 1978 but remained an active researcher and participant in the Physics Department until 1985.

It was outside the world of academic science that Hsu seemed to find her true home in Portland. She served on committees and subcommittees engaged in bringing international students to Portland State. She was active in the First Baptist Church of Portland and in the U.S. China People's Friendship Association. After the PRC and the United States normalized relations in 1979, Hsu quickly reestablished ties with family and friends in China. She was named the PRC’s cultural liaison to Portland and Oregon, tasked with fostering cultural understanding between the Chinese and Northwest communities and helping to nurture the nascent pan-Pacific trade connections so vital to the Northwest today. 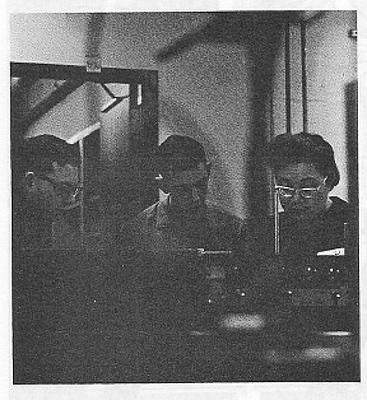