The Heritage Tree program in Portland celebrates and protects trees that are considered significant to the city for their “age, size, type, historical association, or horticultural value.” With approximately three hundred trees designated as Heritage Trees, Portland has one of the most extensive tree landmarking programs in the country. Heritage Trees are nominated by residents, reviewed by a volunteer Heritage Tree Committee that is part of Portland Parks and Recreation’s Urban Forestry Commission, and confirmed by the City Council.

The earliest landmarking of Portland’s trees occurred in the 1970s under the guidance of the city’s Historic Landmarks Commission. These trees, which were designated just as the commission would have named architecturally or historically significant buildings, included an American elm (1973) and a London plane tree (1975), both in downtown Portland. When the Portland Historic Landmarks Commission and the Portland Planning Commission designated the Ladd's Addition neighborhood a Historic Conservation District in 1977, the street trees were included as contributions to the historic character of the neighborhood.

It became clear in 1988, however, that landmarking alone was not enough to protect the trees. That year a developer planned to cut down a three-hundred-year-old Oregon white oak in the Corbett neighborhood as part of a plan to build eight row houses. Neighbors rallied to protect the tree, chasing away workmen while draping the oak in chicken wire and tire chains. The tree was saved, and the Friends of the Oak group suggested that the newly formed Urban Forestry Commission consider an ordinance that protected the city’s significant trees.

While the preservation of what were called Historic Trees strengthened under the Landmarks Commission, allowing for four new designations in 1993, the Heritage Tree program really blossomed once it was placed under the control of the Urban Forestry Commission later that year, thanks to the pioneering work of poet and Urban Forestry Commissioner Jane Glazer, City Forester Alex Wynstra, and activists throughout Portland. Within two years of the ordinance passing, the number of protected trees soared to seventy-four. By 2000, over two hundred trees had been designated, and since then more than a hundred additional trees have been added to the list.

In addition to the city ordinance, a statewide Oregon Heritage Tree program is administered by Oregon Travel Experience. The city ordinance provides enforcement should someone damage or cut down a Heritage Tree in Portland, while the state designation is largely honorary. Many cities and towns throughout Oregon, the nation, and even the world have Heritage Tree or Landmark Tree programs, not unlike Portland’s, though Portland’s is particularly robust due to the number of trees designated and the level of protection afforded to them.

Celebrating noteworthy trees in a city helps bring attention to the importance of the urban canopy and the community’s history that a tree has witnessed. As cities such as Portland change over time, Heritage Trees and other historic preservation programs help protect what the community and city cherish most. 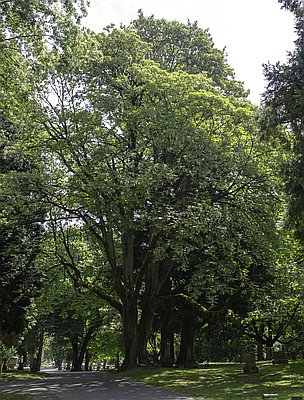 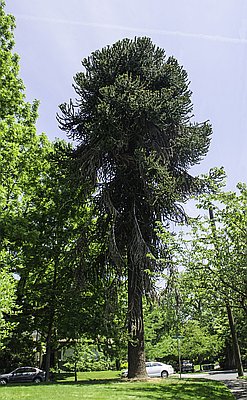 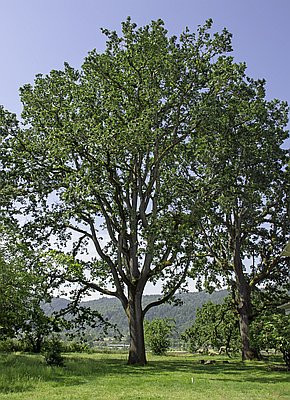 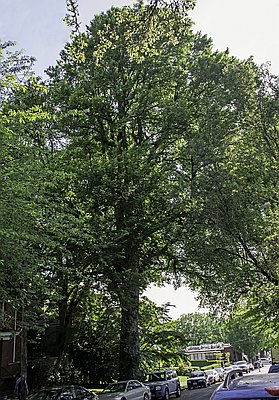 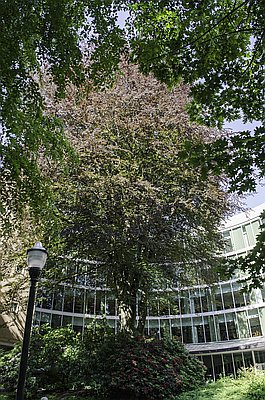 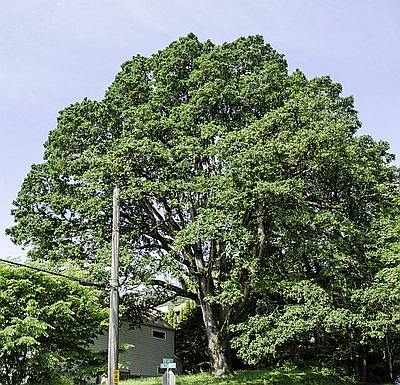 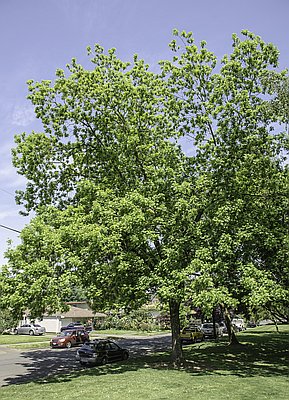 Ladd's Addition is a streetcar-era neighborhood in southeast Portland with a street and park plan that is unique among neighborhoods of comparable age in the United States. The plan for the neighborhood, which is located between Southeast Hawthorne and Division Streets and Southeast Twelfth and Twentieth Avenues, has been protected …

Oaks Bottom, Portland’s first urban wildlife refuge, is located on the east bank of the Willamette River opposite the upstream tip of Ross Island. More than 120 migratory or resident species of birds use the Bottom, including bald eagles, peregrine falcons, red-tailed hawks, merlin, and sharp-shinned and Cooper's hawks. …

Oregon white oak, Quercus garryana, grows along the Pacific Coast from southern California north through the interior valleys of western Oregon and the Puget Sound Lowland to southwest British Columbia, where it is called Garry oak. It also grows in the Columbia River Gorge, in eastern Oregon, and along the Columbia …