In the early 1900s, the booming economy of Haines earned it the title of the Biggest Little Town in Oregon. Although Astorian expedition leader Wilson Price Hunt and explorer John C. Frémont had traversed the area early in the nineteenth century, it was not until the mid-to-late century that miners and farmers began settling near present-day Haines. Located about twelve miles northwest of Baker City, Haines first became a mining center, and the 1870 county census listed a sizable Chinese population.

The economy began to change in 1884 with the completion of the Oregon Railway and Navigation Company (ORNC) line and the subsequent surveying of Haines from 120 acres of land donated by Israel David Haines, a lawyer, farmer, and two-time state senator from Baker City. The construction of the ORNC spurred the growth of the town, and by the late nineteenth century Haines was a major exporter of agricultural goods, shipping as many as 104 railroad carloads of cattle and hogs to Portland every week. By the early 1900s, Portland Fire Department horses had eaten nearly 5,000 tons of Haines hay, and the town had a railroad depot, a lumberyard, an icehouse, a creamery, stockyards, and two grain mills.

In 1909, Haines was incorporated, and the 1910 census recorded 861 residents. The town had grown to include a bank, a post office, a school, an opera house, two churches, five saloons, and a gallon house—a place where patrons greased their gallon jugs to reduce foam and maximize beer retention.

The completion of U.S. Highway 30 in 1935 and the increase in automobile travel brought the decline of the once lively economy of Haines, as it became easier to travel to the larger cities of La Grande and Baker. By 2011, the population of Haines had dropped to 415.

The town entered the public eye in the late twentieth century in a United Press International article on March 10, 1980. Mayor Dick Camp is quoted saying, “We’ve got whiskey in our water and gold in our streets…there could be no better place to live.” The endorsement refers to the Rock Creek whiskey still that was allegedly hooked to the city’s water supply, causing a clash with the Environmental Protection Agency, and to a small amount of gold that was found during road construction. The water was rumored to have “a slight bourbon taste.”

Each year, the town hosts the Haines Stampede and the Fourth of July celebration, events that date to before 1900. Haines’s proximity to Anthony Lakes Ski Resort and the Elkhorn Mountains make it a waypoint for tourists, although no hotels remain in the town. In February 2014, the Record Courier—established in 1901 as the Haines Record and moved to Baker in the 1930s—resumed publication in Haines.

Remnants of the thriving days in Haines are scattered throughout the town. The railroad depot is now a museum, and the Chandler Cabin, built in 1861, serves as a roadside historical marker. 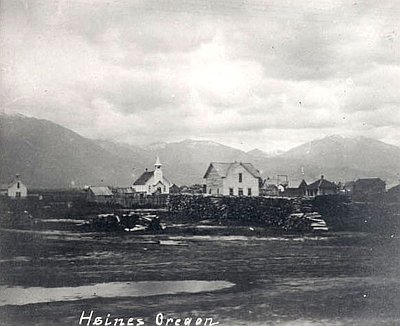 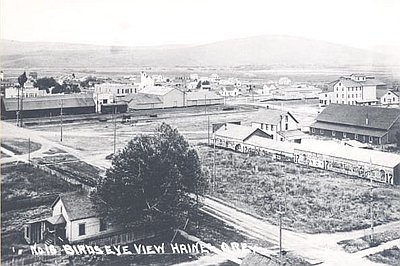 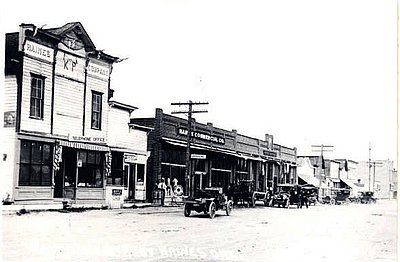 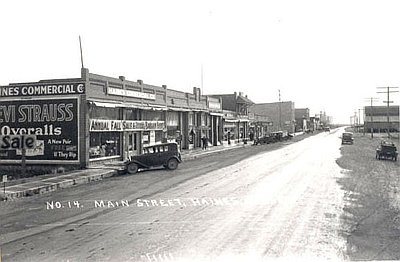 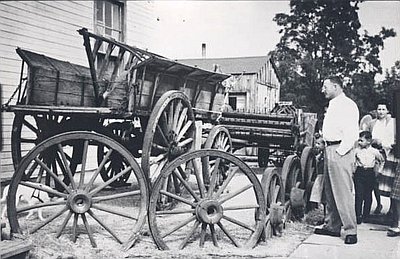 La Grande, the seat of Union County, is nestled in the eastern foothills of the Blue Mountains. Situated in the Grande Ronde Valley, La Grande is the third largest city in eastern Oregon, with an estimated population of 13,000 in 2012.