William Clark Gable’s path to Hollywood began shortly after he stepped from a boxcar near Bend in 1922. While in Oregon, he worked in a sawmill, in the hop fields as a picker, for the Meier & Frank department store in Portland, and for the Oregonian's classified-advertising department.

Gable (1901-1960) also took up acting, catching on with a series of small theater troupes, including the Astoria Players Stock Company. The Portland-based company traveled the lower Columbia River aboard a paddle steamer, stopping to play in towns such as Astoria, Ilwaco, Clatskanie, and Kelso. The theater group suffered defections and financial difficulties while performing at Astoria’s Liberty Theatre and eventually had to perform their way back upstream to Portland aboard milk barges before disbanding.

After a brief break from acting, Gable studied under Josephine Dillon at the Little Theater in Portland in 1923-1924. One of his fellow students was James Beard. Dillon saw potential in Gable, and when she moved to Hollywood, her protégé followed soon thereafter. They were married in late 1924 and divorced in 1930.

Although Gable became one of the most sought-after movie stars in the country from the 1930s through the 1950s, he repeatedly returned to Oregon. He particularly liked to stay at the Weasku Inn along the Rogue River and the Wolf Creek Inn north of Grant's Pass, fishing and relaxation destinations for Gable and his wife Carole Lombard before her death in 1942. After the war, Gable returned to his favorite places in the state, though less frequently. Although best known as a leading man throughout his career, he played characters such as Jack in an adaptation of Jack London's Call of the Wild, which enabled him to work in outdoor settings similar to those of his young, pre-theater days. 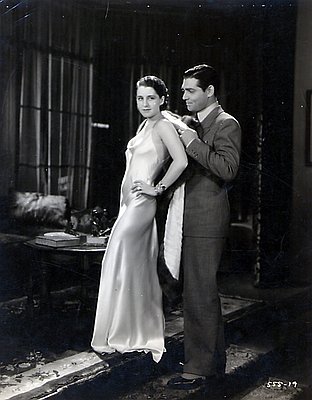