Jerry F. Franklin’s early experiences in Oregon and Washington forests inspired his career as a forest ecologist. A research forester and chief plant ecologist for the U.S. Forest Service in Corvallis and professor of forest sciences at Oregon State University, he was an early advocate for applying New Forestry methods of ecosystems theory to the management of old-growth and other forest stands in the Pacific Northwest. Franklin developed an innovative approach that linked American forestry with broader initiatives to monitor, understand, and manage ecosystems in an integrated, global network of scientific cooperation. He was appointed professor in the University of Washington’s School of Forestry in 1986, and in 2016 was named professor of ecosystem analysis (as of 2016-2017) in what is now the School of Environmental and Forest Science.

Franklin was born in Waldport, Oregon, in 1936 to Edward P. and Lucyle A. Franklin, who owned and operated the town's grocery store. The couple had to sell out during the Depression years, and by 1940 the family (including Jerry and his sister Nona C. Franklin) had relocated to Camas, Washington, where Edward found work at the Crown Zellerbach paper mill through 1970. Family camping trips near Government Mineral Springs on the Gifford Pinchot National Forest sparked the younger Franklin's fascination with old-growth forests, an interest that led to his focus on research forestry.

Franklin’s connection with Oregon forests deepened after 1956, when he went to work for the Pacific Northwest Forest Research Station as an assistant to Jack Rothacher at the H.J. Andrews Experimental Forest, northeast of Eugene. He spent that summer laying out trails and logging roads in old-growth stands. He married Carol Ann Jarrett in 1958, and they raised four children over the next three decades while living in Corvallis. The couple divorced in 1988, and Franklin married Phyllis Claire McFall.

As logging proceeded in the Andrews Forest during the 1960s, Franklin established study plots as a forest ecologist with the Research Station. He recruited Forest Service colleague C.T. Dyrness, William Ferrell, and other scientists into a research group, eventually crafting a proposal that secured a congressional mandate to establish the Andrews Forest, near Blue River, as a primary site for the Coniferous Forest Biome Project of the International Biological Program in 1970. Franklin’s leadership at the Andrews Forest focused a multidisciplinary team of scientists on old-growth conditions in the Oregon Cascades and brought their perspectives into the mainstream of Pacific Northwest forestry programs, especially at Oregon State University.

In 1973, Franklin developed, with Dyrness, the standard ecological reference for Oregon forests, “Natural Vegetation of Oregon and Washington” (1973). Fieldwork for that project helped them identify candidate sites for a network of Research Natural Areas that the Pacific Northwest Station designated for long-term studies on regional forests. In 1973, Franklin became the first director of Ecosystem Science at the National Science Foundation in Washington, D.C., where he encouraged ecosystems studies in Pacific Northwest forests.

After Franklin rejoined the faculty at OSU in 1976, he helped secure authorization from the National Science Foundation to establish the Andrews Forest as a pilot site for a network of Long Term Ecological Research (LTER) sites. In 1986, he joined the School of Forestry faculty at the University of Washington, where he has directed the coordinating committee for the LTER network and remained a leading advocate for the New Forestry—an approach founded on the premise that forests must be maintained as complex ecosystems rather than as tree factories.

In 1990, the U.S. Fish and Wildlife Service listed the northern spotted owl as an endangered species, which led to a U.S. district court injunction suspending logging in old-growth stands. Franklin was one of four scientists appointed to the Scientific Panel for Late Successional Forest Ecosystem. Known as the Gang of Four, the group advised the president and Congress on ecosystems principles of science-based management on national forestlands. In 1993, Franklin joined President Bill Clinton's Summit and Forest Ecosystem Management Assessment Team to develop the Northwest Forest Plan.

From the 1990s through the 2000s, Franklin worked with NASA and the National Science Foundation to improve ecological monitoring by remote sensing. As director of the Wind River Canopy Crane project since 1993, Franklin helped forest ecologists shift their perspective by placing sensors directly into the canopy of a 500-year-old stand in the Wind River Experimental Forest in southern Washington. In 2008, he secured NSF funding to plan a National Ecological Observatory Network, a continental-scale observation system for examining ecological change over time. By that year, the LTER network at the Andrews Forest had expanded into a global research effort that included sites on every continent and support from twenty member countries.

Franklin is past president of the Ecological Society of America (1993-1994) and has served on the board of directors of Ecotrust (1991-1996) and on the governing board of the Wilderness Society (continuously since 1991). He holds honorary degrees from Simon Fraser University (2001) and Lakehead University (2006) and received the LaRoe Award for lifetime scientific contributions to conservation biology (2004), the Heinz Foundation Award for the Environment (2005), and the Pinchot Medallion from the Pinchot Institute for Conservation (2016). He is coauthor with K. Norman Johnson and Debbie Johnson of Ecological Forest Management (2017). 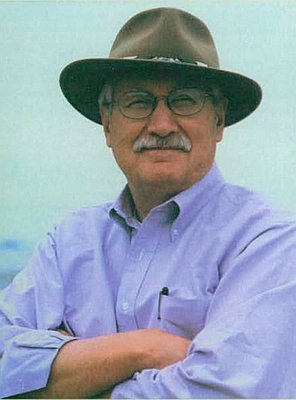 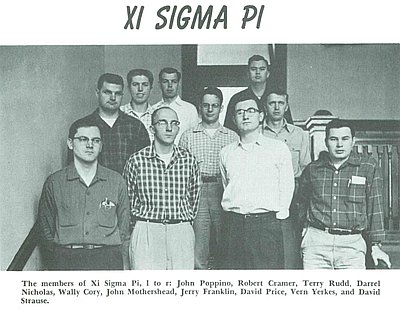 David T. Mason was a professional forester, one of the first in Oregon. Almost single-handedly he moved the timber industry from the practice of cutting timber and leaving the land to recover on its own to one based on a model of applied forest science. He also saw the need …

While some have called William A. Langille the father of forestry in Alaska, his name remains more firmly linked with Oregon. A native of Nova Scotia, Langille arrived in Hood River in 1880 with his parents and younger brother, H.D. “Doug” Langille. Beginning in 1891, the family ran the newly built …