Davenport was born on July 30, 1826, in Columbia, New York, to Benjamin and Sarah Gott Davenport. His family moved frequently until settling for over a decade near the town of Woodstock in central Ohio, where his father had a medical practice. Dr. Davenport was an ardent abolitionist, and their home was a stop on the Underground Railroad.

In 1845, Davenport began attending medical lectures at Starling Medical Institute in Columbus, Ohio, and in 1846 he took a job as an instructor at Wilson's Academy in Woodstock. After a year, he resumed his medical studies and returned to Woodstock to practice medicine.

In the spring of 1851, Davenport, along with his parents and siblings, emigrated to Oregon, arriving that autumn in the Waldo Hills several miles south of present-day Silverton. He soon found employment as a surveyor. In 1854, he married Florinda Geer, the daughter of neighbors Ralph and Mary Geer, who had arrived in Oregon in 1847. They had four children, with only Homer and Orla surviving to adulthood. Two children died as infants from diphtheria in 1860.

In 1862, Davenport was appointed Indian agent to head the Umatilla Agency in northeast Oregon. Two years later, he was elected Marion County surveyor. From 1868 through 1872, he served in the Oregon House of Representatives, where he gained a reputation as an intelligent and progressive Republican who was not afraid to state his opinions.

In 1870, a little over three years after Homer’s birth, a virulent strain of smallpox swept through western Oregon. Florinda died in November 1870, and the family, including T.W. and the two children, contracted the disease and were quarantined on their farm for the remainder of the winter.

Davenport married Elizabeth “Nancy” Gilmour Wisner in 1872. A native of Hancock County, Illinois, she had arrived in Oregon with her parents in 1851, settling in Linn County. The Davenports sold the Waldo Hills farm in 1873 and moved to Silverton, where T.W. managed the Grange Store. In 1874, Davenport joined the Oregon Independent Party, which nominated him as its candidate for the U.S. House of Representatives. He lost the election to Democrat George Augustus La Dow from Pendleton.

Davenport was active in Silverton’s social scene, joining other prominent locals to form the Silverton Liberal Union. The organization was a precursor to the Oregon State Secular Union, which became a major voice of the so-called free-thought movement in Oregon during the late nineteenth century. He re-entered public service in 1882 when he was elected state senator.

In 1895, Governor William P. Lord named Davenport the state’s first land agent, a position he held until 1899. He was instrumental in uncovering the fraudulent sale of homestead claims in Oregon—which culminated in the Oregon Land Fraud Trials (1904-1910)—and several other western states. Incoming Governor T.T. Geer offered Davenport the position for a second term, but he declined.

Davenport published many of his writings, including several pieces for the Oregon Historical Quarterly. The two most notable focused on slavery and Native Americans in Oregon.

In 1911, Davenport, his wife, and their children moved to Pasadena, California, where it was hoped that the warmer climate would improve his failing health. He died on April 26, 1911, just three weeks after arriving. He is buried between his two sons, Timothy Clyde and Homer Calvin, in the Silverton Cemetery. 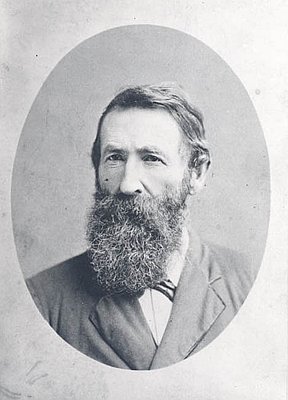 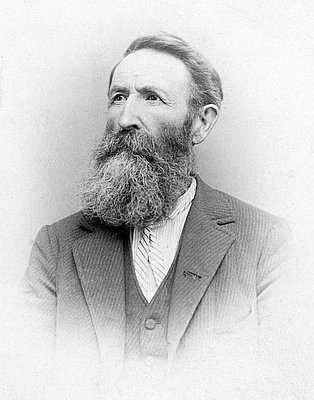 During the summer of 1905, while visitors enjoyed the amusements of the Lewis and Clark Centennial Exposition, one of the most sensational trials in Oregon's history was taking place at the Pioneer Courthouse in downtown Portland. The defendant was John H. Mitchell, then serving his fourth term in …

The city of Silverton was established where Silver Creek flows northwest out of the foothills of the Cascades and enters the Willamette Valley at the 45th parallel. Historically a mill and timber town, the city of over ten thousand people in 2016 is the host of the Oregon Gardens …