Bernard Daly did much to improve the lives of Oregonians, particularly in Lake County. He was a doctor, banker, and rancher and served as a state senator and county judge. He was a regent of the Oregon Agricultural College (now Oregon State University) from 1998 to 1906. After his death in 1920, the bulk of his estate (about a million dollars) established the Bernard Daly Educational Fund for Lake County youth.

Born in Mayo County, Ireland, on February 17, 1858, Daly was five years old when his family immigrated to Selma, Alabama, in 1863. At the time, passenger laws in New York and Massachusetts excluded poor Irish from their major ports, and one of the few ways for people to enter the United States was through a port controlled by the Confederacy, which welcomed laborers. The port in Mobile may have been the only possible port of entry for the Daly family. After Daly’s mother died, he was raised largely by his siblings; he became a U.S. citizen in 1870. As a young man, he found his way to Ohio, where one of his sisters lived, and attended National Normal University in Lebanon, Ohio, graduating in 1886. After earning a degree from the University of Louisville Medical School in 1887, he headed west, first to California and then to Lakeview in south-central Oregon, likely drawn there by the community’s need for a doctor.

In 1894, Daly became well-known in Oregon for how he responded to one of the state’s worst catastrophes. At a Christmas Eve celebration at the Silver Lake community hall, about a hundred miles from Lakeview, someone knocked a lantern over, starting a fire that led to a stampede for the only door to the stairs. But the door, which opened inward, was stuck closed, and within minutes the stairway collapsed and the building was fully ablaze. The town’s only doctor was away, so someone rode to Lakeview to get Dr. Daly. Forty-three people died because of the fire, but many were saved because of him.

A lifetime Democrat in a region that was largely Republican, Daly was elected to the Oregon House of Representatives in 1892, representing Lake, Klamath, and Crook Counties; he won election to the Oregon State Senate in 1896. He was a strong advocate for his region and was particularly involved in legislative matters related to finance and education. In 1900, he ran unsuccessfully for the U.S. Congress. Although he had stopped campaigning in May to focus on the rebuilding of Lakeview following a fire, it was a close contest. Daly spent the rest of his life in Lakeview, where he served as county judge (1902–1914) and circuit court judge (1914–1918) and continued as a longtime member of the school board (1889–1915). In 1912, he helped bring the Nevada–California–Oregon Railroad to Lakeview and was a founder of the Bank of Lakeview.

One of Daly’s most significant accomplishments was achieved after his death through the Bernard Daly Educational Fund. In his will, Daly wrote: “It is my earnest desire to help, aid and assist worthy and ambitious young men and women of my beloved county of Lake, to acquire a good education, so that they may be better fitted and qualified to appreciate and help to preserve the laws and constitution of this free country, defend its flag, and by their conduct as good citizens reflect honor on Lake county and the state of Oregon.” In 1922, when the scholarship was first awarded, only about two percent of people eighteen to twenty-four years old attended college, and public colleges were relatively new. Since then, the Daly Education Fund has awarded fifteen to twenty scholarships a year to students so they can attend public colleges in Oregon. 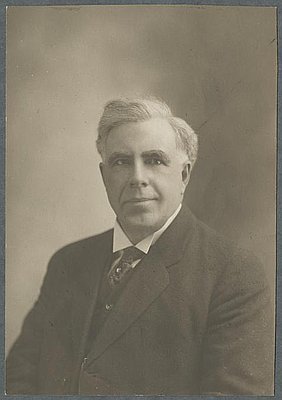 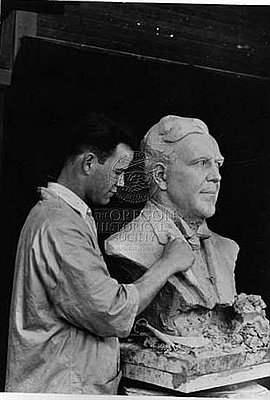 The City of Lakeview, in northern Goose Lake Valley at an elevation of 4,804 feet, calls itself Oregon’s Tallest Town. By far the largest community in Lake County, it serves as the county seat and provides basic services, from medical facilities to ranching and equipment sales, for residents of southeast …