The wreck of the Czarina is remembered as a tragedy that had no heroes, no villains, and no hope. The iron-hulled steamship, which weighed 1,045 tons and was 216 feet long, was built in England in 1883 and owned by Southern Pacific Company of San Francisco. When it wrecked on Coos Bay in January 1910, the Czarina was captained by Irish-born Captain Charles J. Duggan and carried twenty-three crew and one passenger. "Not in a quarter of a century,” the U.S. Life-Saving Service wrote in its annual report that year, “has there occurred within the score of the service such an appalling marine casualty."

The Czarina left Coos Bay on January 12, 1910, headed for San Francisco with a cargo, estimated at $20,000 in value (over $500,000 in 2019 dollars), of cement and coal belowdecks and 40,000 board feet of lumber lashed to the decks. The ship departed as a southwesterly gale was blowing and a high sea was breaking over the Coos Bay bar. The ship ran into trouble even before reaching the open sea, and onlookers later reported that it looked like the engines or perhaps the steering apparatus had been disabled. The Czarina grounded on South Spit, having already breasted sixty-one breakers, passed over the Coos Bay bar, and drifted northward along the beach.

Breakers battered the ship further, splintered or carried away the lifeboats, and drove the crew into the rigging. During a brief lull in the storm, the crew dropped anchor, but that grounded the ship in a location where it was vulnerable to the waves. Heavy seas foiled attempts to cut the anchor chain, and neither the harbor tug Astoria nor a nearby steam schooner could rescue the ship without endangering themselves. A second vessel, the steamer Nann Smith, also tried to rescue the men the following morning, but was thwarted by the pounding gale.

Clarence Boice, the keeper at the Coos Bay Lifeboat Station, tried twice with a Lyle gun to throw a line across the ship so the crew could secure it, but neither shot could carry 900 yards against the wind. After two unsuccessful attempts to launch a surfboat, Boice gave up direct rescue efforts.

The Czarina settled 1,860 feet from shore, broadside to the beach, where it slowly filled with water, buffeted by the wind and battered by heavy waves while the crew clung to the rigging. Onlookers could see their frantic signals for help, and they watched as, one by one, the men dropped to their deaths. Among the witnesses was C.T. Millis, steamship agent of the Southern Pacific Company at Coos Bay, and his wife, whose twenty-year-old son Harold was passenger aboard the ship.

The lone survivor, the ship’s first assistant engineer, Harry Kintzel, made it to shore after dark, clinging to drifting timber. He was plucked, semi-conscious, from the waves by a life-saving crew. By the next day, January 13, the weather had deteriorated and onlookers could see that the rigging had splintered and only the mainmast remained. The five or six men still clinging there dropped into the sea by midmorning.

The Port of Coos Bay, with the support of angry community organizations and individuals, submitted a list of charges against Clarence Boice and requested that the Life-Saving Service conduct an investigation. Lieutenant W.W. Joynes, assistant inspector of the Life-Saving Service Seventh District, led the investigation, which lasted from May 3 to May 7, 1910. Joynes concluded that “the keeper rested too positively upon his own estimate of conditions and eventualities....Failing in his efforts with the gun and boat, he appears to have assumed a passive attitude, simply awaiting the termination of the tragedy.... this [wreck]...confused him by its awfulness, so that, having done all that in his judgment was possible, he stopped at a loss what else to do. I believe that no human power could have succeeded in rescuing the men in the rigging of the Czarina. Nevertheless, I think the keeper should have made further attempts with both gun and boat. His failure to do so indicates a certain degree of incompetency.” The thirty-one-year old Boice submitted his resignation and was allowed to re-enter the Coquille River Life-Saving Station as a surfman, where he had rendered exceptional service before his promotion to keeper at Coos Bay. 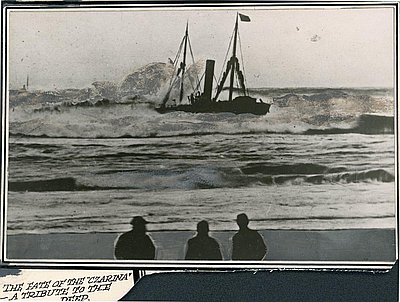 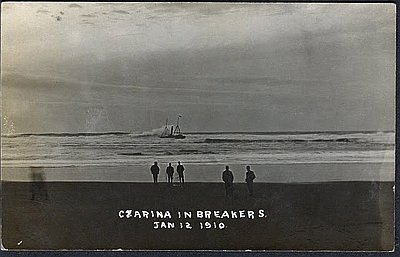 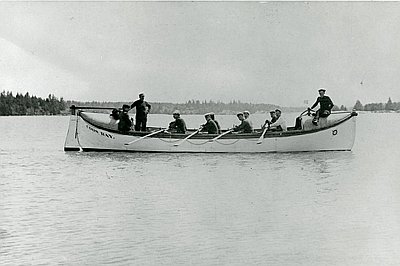