In 1987, Jim Beaver, an Ashland innkeeper, imagined a long-distance bicycle tour to bring visitors to southern Oregon. The result was a week-long ride from Salem to Brookings.

Organizers expected "about 50 cyclists from Oregon"; 1,008 riders from 20 states showed up. At the finish line, participants felt so exuberant—and so impressed with the rural hospitality they had experienced—that they passed the hat and tossed in whatever coins were left in their pockets. The money was earmarked for community development efforts in the regions through which they had just ridden. Thus was born the Cycle Oregon Fund.

The first ride, dubbed Cycle Oregon, was so successful that founding organizers, including the state's Department of Tourism, began planning an independent not-for-profit corporation that would stage an annual September tour.

In 1990, participation in Cycle Oregon was capped at 2,000 riders. By the ride's tenth year, Cycle Oregon was staging weekend tours and engaging in a wide range of cycling advocacy across the state. Five years later, Cycle Oregon was hosting rides for civic leaders and elected officials interested in learning more about cycling's impact on issues such as urban congestion, energy conservation, air quality, and public health.

In 2007, the Cycle Oregon Fund, administered by the Oregon Community Foundation, passed the million-dollar mark and distributed hundreds of thousands of dollars "to help preserve and protect the special places of Oregon." The organization actively has pursued opportunities to provide seed money to worthwhile causes. Cycle Oregon provided start-up capital to Sustainable Northwest, the Community Cycling Center, Bridge Pedal, the Nez Perce Interpretive Center, and Friends of the Historic Columbia River Highway.

In 2005, determined to put Oregon on the map as America's first state with a complete network of State Scenic Bikeways, Cycle Oregon partnered with Oregon State Parks to pioneer the first such bikeway along the Willamette Greenway, linking Portland and Eugene.

Cycle Oregon is a ride, not a race. Its motto is "The slowest one wins." The course varies each year. "The smaller the town we visit," organizers say, "the bigger the welcome we receive."

Entering its third decade in 2008, Cycle Oregon describes the organization's mission as broader in scope but not changed in focus. "We aim to lure people to the kind of places where people hardly ever go," organizers said, "to small towns that promise big welcomes, to the kind of communities that feed and water Oregon's soul." 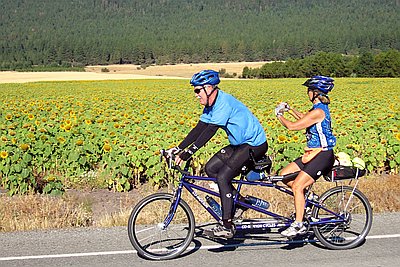 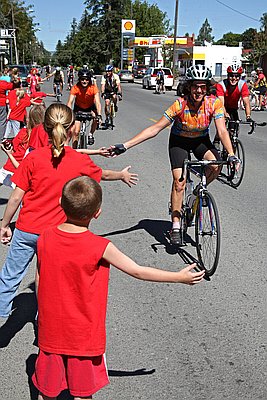 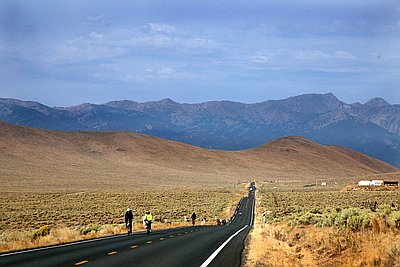 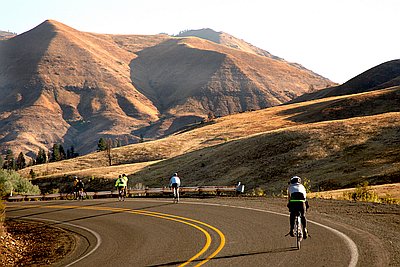 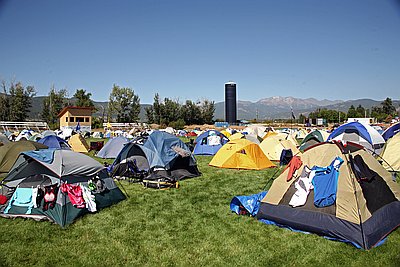 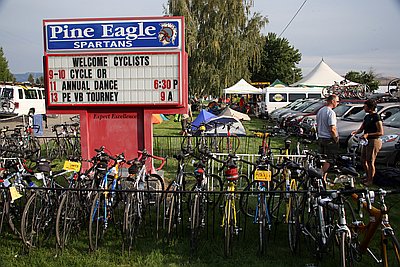 Critical Mass is a monthly event that asserts bicyclists' right to ride in the streets and celebrates the bicycle as a form of transportation. The idea is for riders to take over city streets, with anywhere from a handful of cyclists to hundreds participating. In Oregon, the phenomenon is concentrated in the …

On June 19, 1971, Governor Tom McCall, with his usual flair for publicity, stood on the steps of the Oregon Capitol to sign a bill on the seat of a ten-speed Schwinn bicycle. McCall and Don Stathos, the chief sponsor in the Oregon House of what was known simply as …