Nicknamed Pinto because of his generously freckled face, Vance Debar Colvig was one of Oregon’s most colorful and talented native sons. Best known as the voice of Walt Disney’s Goofy and the original Bozo the Clown, Colvig’s contributions to the entertainment industry were remarkably eclectic.

Colvig's diverse career included stints as a circus clown, vaudeville entertainer, newspaper cartoonist, and film animator. He acted in and wrote title cards and gags for silent films. With the advent of talking movies, the versatile entertainer became a voice- and sound-effects artist. Although he spent much of his adult life in Hollywood, California, Colvig maintained ties with his home state, returning occasionally, and creating his characters from his southern Oregon roots.

Colvig was born in Jacksonville in 1892 to Addie and William Colvig. He spent his youth in Jacksonville and Medford, where he attended school and played clarinet in the town bands. While studying art at Oregon Agricultural College (OAC) (later Oregon State University) in Corvallis, he played in the cadet band and drew cartoon illustrations for the OAC yearbook. Colvig abandoned his classes each spring to travel the country as a circus clown or to play the vaudeville circuit. In 1914 and 1915, he drew cartoons for two Nevada newspapers.

After marrying Margaret Slaven in 1916, he settled with his wife in San Francisco, where four of their five boys were born. Colvig worked as a writer and cartoonist for the San Francisco Bulletin, drew Life on the Radio Wave (a United Features Syndicate cartoon series) for the Chronicle, and worked in the infant field of film animation. In 1919, he made “Pinto’s Prizma Comedy Revue,” an animated cartoon using the new Prizma Color process.

Early in the 1920s, the Colvigs moved to Hollywood, where his career expanded. In the silent movie era, he wrote gags, titles, and scenarios for a number of films. While working for Mack Sennett’s Keystone Film Company, he combined animation with live action by hand-drawing cartoons over film frames of live actors.

Motion picture sound opened new avenues for Colvig. Beginning in 1930, he did voices for many Disney cartoon characters, including Goofy, Grumpy, and Sleepy in Snow White and the Seven Dwarfs; the Practical Pig in The Three Little Pigs; and many more. For Max Fleischer Studios, he did voices for Gabby in Gulliver’s Travels and Bluto in Popeye cartoons. Also in Colvig’s long list of credits are Munchkin voices in The Wizard of Oz and the Maxwell automobile on Jack Benny’s radio show.

Working with Alan Livingston in 1946, Colvig developed the Bozo the Clown character for a read-along children’s record series produced by Capital Records. He was also first to play Bozo on television in 1949.

A lifelong smoker, Colvig died of lung cancer in 1967, but not before helping promote awareness of smoking health hazards and supporting Oregon Senator Maurine Neuberger’s bill requiring cigarette package warning labels. Disney Studios honored Colvig posthumously in 1993 with the Disney Legend Award, and in 2004 he was inducted into the International Clown Hall of Fame in Milwaukee, Wisconsin. The Southern Oregon Historical Society maintains a significant collection of Pinto Colvig archives and memorabilia. 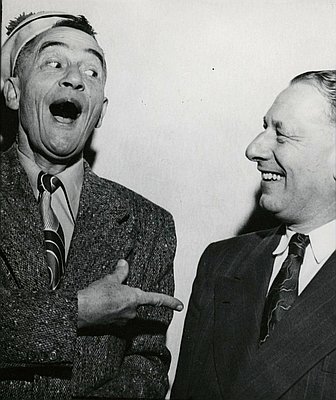 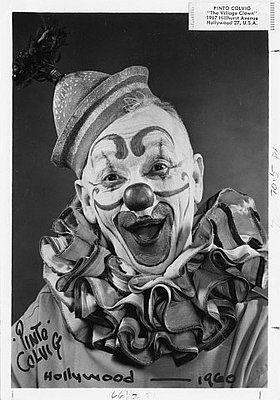 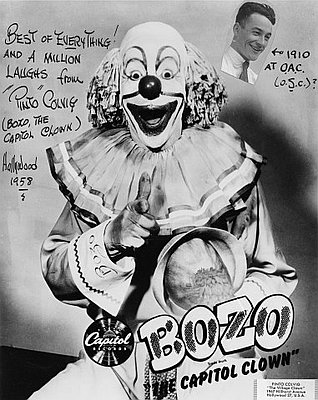 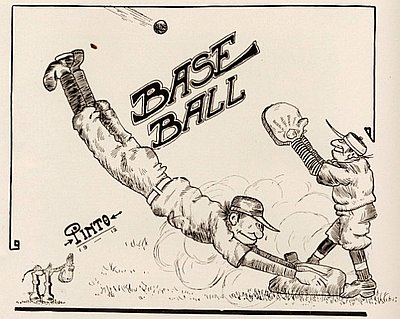