Chromite is a mineral that contains chromium. It is considered a strategic mineral, which generally means that it is necessary for military and industrial use during periods of national emergency. The strategic mineral concept was created during World War I and became law just prior to World War II with the passage of the Strategic Minerals Act of 1939. Chromite is used as an alloy of steel for hardening cutting tools, ordnance, and armor plate.

The story of chromite in Oregon begins during the Jurassic Period, approximately 150 million years ago, when both the Klamath and Blue mountains were part of Oregon's early Coast Range. Containing Oregon's oldest rocks, those mountains share the state's largest formations of peridotite and serpentine, the environment in which chromite is formed. Most deposits of chromite in Oregon have been found near Grants Pass on the Siskiyou National Forest and near John Day on the Malheur National Forest.

Domestic mining for chromite was restricted to a few locations in the United States, including Montana, California, and Oregon, and mining the mineral was only economically feasible during times of political conflict. During wartime, the United States government supported domestic production with price supports and strategic stockpiling programs. Without government support, most chromite was imported, since the expense of domestic production could not compete with larger foreign supplies. How vulnerable a position this was became clear when sea-lanes were closed and shipments were lost during World War II.

Most chromite is located in remote places in the state, so miners were generally motivated by patriotism and a need for work. To provide access and assistance to miners, the U.S. Forest Service supported the construction of primitive access roads on forestlands, and the Oregon Department of Geology provided survey and prospecting information and assay service.

To find the mineral, miners searched for a small piece of ore called “float” and followed it to the deposit, which is often in the shape of a lens-shaped “pod.” They worked small isolated deposits with hand tools. Larger deposits justified the cost of using dynamite, air compressors, jackhammers, and loading shovels/excavators. A few larger mines hired workers and provided room and board. Most operations were small, and many investments found little return. When the grade of the chromite was low, mills were needed to concentrate the ore; miners often converted mills used for gold.

During World War I and World War II, Oregon's contribution to the domestic production of chromite varied from one-fifth to one-quarter. The Blue Mountains provided most of the chromite from the state in the early years, but later the Klamath Mountains became the predominant source. In 1951, the federal government established one of its strategic receiving depots at Grants Pass, in response to the Korean Conflict and the deepening Cold War. At this depot, ore lots of all sizes were evaluated and purchased if they met the required grade. By the time the program ended in May 1958, it had received about 46,000 tons valued about $4 million from Oregon mines. During those periods, imported chromite dominated the U.S. supply, but knowledge and development of domestic sources were and remain strategically important.

Between World War I and the end of the stockpiling program in 1958, more than half of Oregon's total production of chromite came from Josephine County, followed by Grant County. Evidence of mining in the form of primitive roads, pits, tunnels, cabins, and mills can still be found on the landscape, including in the Kalmiopsis Wilderness.

While the United States has imported all its chromite since 1961, the Oregon Resources Corporation proposed to mine the black sands near Coos Bay. With permits approved, construction of facilities and exploration mining began in 2010. In 2012, the Oregon Resources Corporation ceased chromite mining operations due to the falling prices of chromite on international markets. In 2016 the ORC notified the Oregon Department of Geology and Mineral Industries that the chromite mining property and assets were for sale. 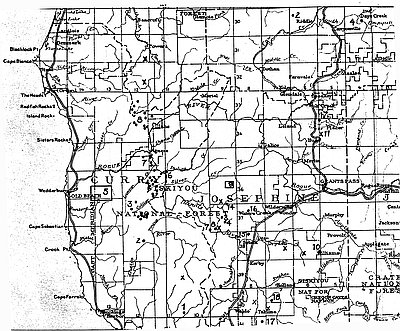 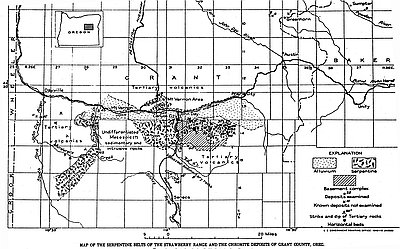 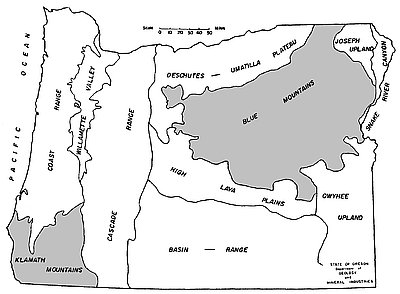 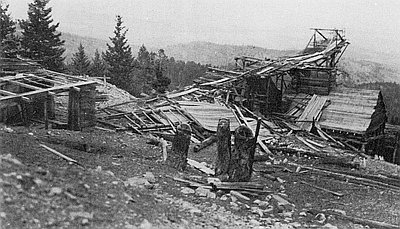 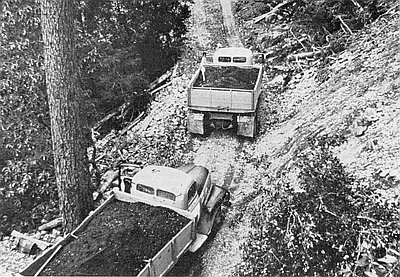 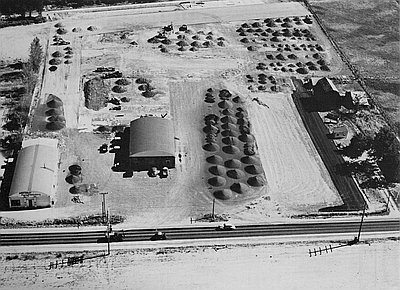 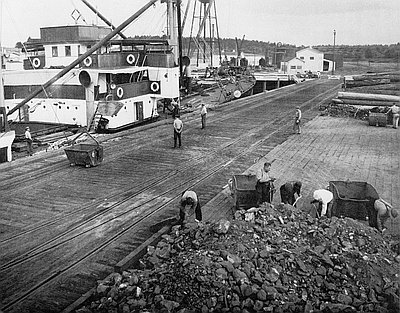 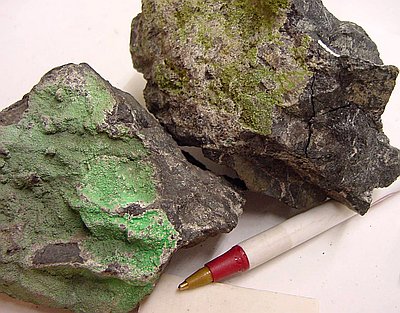 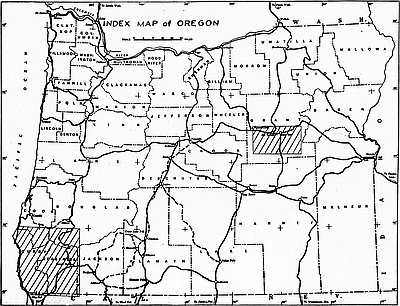