A freelance journalist, social worker, and community activist, Kathryn Hall Bogle is remembered as “one of Portland’s earliest and most passionate advocates of racial diversity.” She wrote articles for many African American newspapers, including the Pittsburgh Courier, the Seattle-based Northwest Enterprise, the Portland Observer, and The Skanner, and was presented a Lifetime Achievement Award by the Portland Association of Black Journalists in 1993.

Bogle may be best known for “An American Negro Speaks of Color,” a 2,000-word article she sold to the Oregonian in 1937, which described the realities of being Black in Portland. It was the first time the newspaper paid an African American for a story, and Bogle would contribute many more articles to the Oregonian over the years.

Kathryn Golden Hall Baker was born on December 24, 1906, on her great-grandparents’ farm in what was then Oklahoma Territory. Soon after, she and her mother, Lillian Finley Hall, moved to Kansas City, Missouri, and then to Portland, where Lillian did “day work.” After two failed marriages, Lillian wed Herman Baker, whom she had known in Oklahoma. Kathryn began using Baker’s last name even though he never formally adopted her. The family moved many times—to Marshfield (now Coos Bay), Tacoma, Seattle, and other cities—before settling back in Portland.

Kathryn Baker’s adolescence was shaped by discrimination. She recalled being treated like a football in Marshfield—tossed back and forth between two schools because neither one wanted her. Her family’s Portland neighbors “were aghast” at the thought of living next to “dark people,” so she and her parents were forced to move. Following her graduation from Washington High School, she was refused admission to every business school in Portland simply because she was “colored.”

In 1927, Kathryn Baker married Richard Bogle, who had been studying pharmacy at Oregon Agricultural College (now Oregon State University). There were too many “obstacles” in Bogle’s way, however, and he abandoned his studies and took a job at the Portland Hotel as a bellman. The couple bought a home on Southeast Tibbetts Street, where they raised their children, Richard and Linda.

Kathryn Bogle had a long career as a social worker. She spent seventeen years with the Boys and Girls Aid Society, where she worked for the infant-care division, and was a caseworker at Good Samaritan Hospital & Medical Center for seven years. She also assisted victims displaced by the Vanport flood in 1948.

Bogle was known for her activism in Portland. She helped found Friends of the Golden West, which worked to secure historic status for the former Golden West Hotel at the corner of Broadway and Everett. Her father-in-law, Waldo Bogle, had operated a barbershop there during the 1920s. She was also an active member of the Portland Branch of the National Association for the Advancement of Colored People, and she founded the Portland chapter of Links, Inc., which planned educational and civic activities to promote equality.

Kathryn Bogle died in August 2003 at the age of ninety-six. Richard, her husband of fifty-one years, died in 1979. 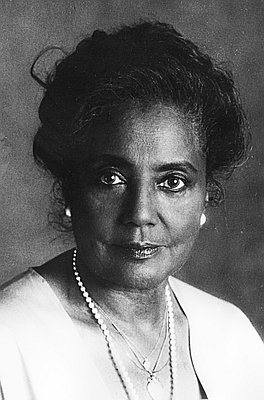 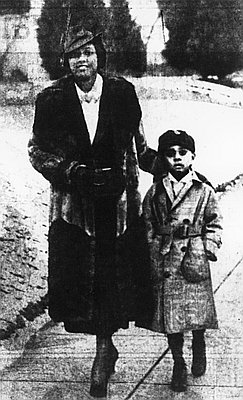 The Golden West Hotel, located at Northwest Broadway and Everett Streets in Portland, was the first hotel in the city to accommodate African American patrons. For twenty-five years, from 1906 through 1931, it was a social center and a focal point of the Black community, a place for African Americans of …