Located in the heart of the Ochoco Mountains, Big Summit Prairie is known for its diversity of wildflowers and birds. Privately owned, the Prairie is surrounded by U.S. Forest Service and Bureau of Land Management land and is easily accessible from Prineville (thirty miles to the west) and U.S. 26 (ten miles to the northwest). According to historian Steve Lent, Big Summit Prairie received its name because of its size, which is larger than Little Summit Prairie, a smaller area twelve miles to the east. Both areas are at the summit of the Ochoco Mountains.

Big Summit Prairie is a five-by-seven-mile basin at an elevation of 4,500 feet, and is described by Stuart G. Garrett as an “unexpected meadow island in the dramatic old growth ponderosa pine forests.” Geologically, the basin was formed when soft tuff, or volcanic ash (underlain by the John Day Formation), was eroded away from the surrounding basalt.

Before EuroAmerican settlement, Big Summit Prairie was an important area for Native peoples, including those who are now members of the Confederated Tribes of Warm Springs. The meadows provided abundant camas root and other traditional foods that are still gathered by members of the Confederated Tribes of Warm Springs and the Burns Paiute Tribe. Many cultural sites can still be found on the Prairie, including camas ovens. Summer gatherings included pony races and gambling, and traces of a Native American pony racetrack remained as late as 1939.

Homesteaders began migrating to central Oregon from the Willamette Valley in the mid-1860s, and Big Summit Prairie, which has both abundant water from the North Fork of the Crooked River and lush meadow grass, was a natural draw for those willing to push east beyond the Prineville area. The Prairie was first homesteaded in the mid-1880s, and it quickly became a population center for Crook County. By 1886, the Crescent post office had been established, replaced a few years later by Meadow (1910-1919) and Ochoco (1919-1920). The first school, named Meadow, opened in the 1890s, with Ella Miller, a niece of poet Joaquin Miller, as its first teacher. Those who settled in the Prairie raised livestock as their primary livelihood. Some built substantial homes, including the Schmidt family, whose 1902 house boasted six bedrooms and hand-fashioned paneling, and the Merritt family, whose house on the east side of the Prairie was home to nine children and also served as a community center.

Over time, larger landowners consolidated the homesteads, and families moved on. The Hudspeth family purchased the entire Prairie in the 1950s and used it as summer pasture for their cattle. Today most of the Prairie is owned by Big Summit Prairies Inc. and Waibel Properties, LLC, and is inaccessible to the public. Nevertheless, U.S. Forest Service roads (22 and 42) provide access to the edges and adjacent lands for wildflower enthusiasts, birders, butterfly buffs, photographers, and sightseers.

Big Summit Prairie, which the U.S. Forest Service has designated a wildflower viewing area, has more than a hundred species of native plants, including the rare Peck’s Mariposa lily, a plant endemic to the Ochoco Mountains. The East Cascades Audubon Society recognizes Big Summit Prairie as an important birding location, with sandhill cranes, woodpeckers, and other pine-loving bird species easily observed from the perimeter roads. A rare dickcissel, a sparrowlike bird, was once spotted there. A number of butterfly species frequent the Prairie during the summer, including the silver-bordered meadow fritillary butterfly, known from only three Oregon locations. Mule deer, pronghorn antelope, and Rocky Mountain elk are commonly seen in the area as well.

The Big Summit Prairie received notoriety in 2017 when one of the landowners hosted Symbiosis, a weeklong music festival for people who wanted to view the total solar eclipse in central Oregon that year. The October 6, 2017, Central Oregonian reported that between 70,000 and 100,000 were in attendance. 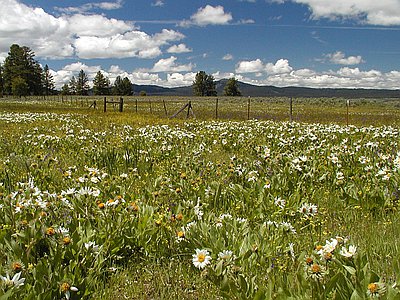 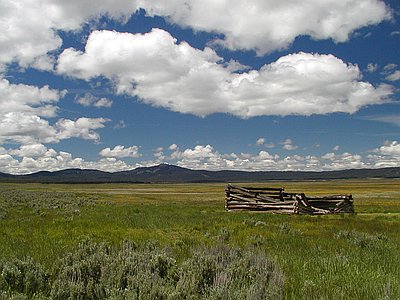 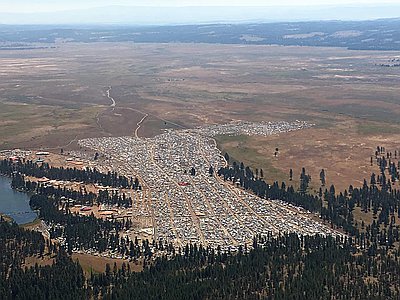