Conductor and composer Jacob Avshalomov, leader of the Portland Youth Philharmonic Orchestra for forty-one years, was a singular influence in the lives of over four thousand student musicians. Known to students as "Mister A," he was admired for his humor, tenaciousness, and his abiding love of music.

Avshalomov was born in Tsingtao, China, on March 28, 1919, to a Siberian-born Jewish father, composer Aaron Avshalomov, and a Russian emigre mother, Esther Magidson, whom Aaron had met in San Francisco. Jacob received beginning musical training from his father. When he was eight years old, the family visited Portland and stayed for several months with Jacques Gershkovitch, conductor of the Portland Junior Symphony. They returned to China because they lacked permanent visas, and Avshalomov graduated from British and American schools there before age fifteen. He studied piano and percussion and was active in sports, winning the diving championship of North China.

Beginning at age fourteen, Avshalomov worked in three different Chinese factories for four years to help support his mother after his parents' separation. In 1937, he assisted his father in Shanghai with ballet production and musical score notation and content. He enlisted with a British volunteer corps following Japan's invasion of China, but escaped with his mother to San Francisco in December 1937. His father moved permanently to the United States in 1947 to join his son.

In Los Angeles, Avshalomov studied for a year with Ernst Toch, followed by two years at Reed College in Portland, from 1939 to 1941. There he met Doris Felde, an author, lyricist, and printmaker, whom he married in 1943. While at Reed, he studied with Jacques Gershkovitch and played percussion and then cello in the Portland Junior Symphony. He then studied composition and orchestration with American composer Bernard Rogers for two years at the Eastman School of Music. During World War II, Avshalomov lived in London, where he was an interpreter in the U.S. Army and also conducted madrigal groups and an international chorus.

From 1946 to 1954, Avshalomov taught at Columbia University, where he conducted the university chorus (which he founded) and the orchestra. During the summers, he taught at Reed College, the University of Washington, Tanglewood, Northwestern University, the University of Illinois, and the Aspen School of Music. In 1954, he succeeded Gershkovitch as music director of the Portland Junior Symphony.

During Avshalomov's years as conductor, the orchestra produced five recordings, most notably Portland Youth Philharmonic Music (1994/2007) and Praises/Raptures/Symphony Songs (1995). The orchestra toured in Europe, Japan, and Korea. Avshalomov also commissioned works from distinguished composers and invited Pacific Northwest choruses to perform with the orchestra. As conductor, he was a perfectionist and insisted that students work at their highest level. The change of name from Portland Junior Symphony to Portland Youth Philharmonic is indicative of the development of the ensemble under Avshalomov's tutelage. His motto was "Res severa est verum gaudium,” or “Serious things are the true joy." He retired in 1995, after hearing an estimated 10,000 auditions and conducting 640 concerts.

A prolific composer, Avshalomov published over forty compositions, comprising choral, keyboard, mixed instrumental, and orchestral works. "The Oregon" symphony (1959) was commissioned for the Oregon State Centennial, and the three-movement work "Up at Timberline" (1985) was commissioned by Friends of Timberline for the rededication of Timberline Lodge. He guest-conducted concerts all over the world and published four books, including Avshalomov's Winding Way: Composers out of China (2002) and Tripping on Oriental Rugs, A Fifty-year Passion (2005).

Avshalomov served on the National Humanities Council (1968-1974) and the National Arts Endowment Board (1977-1979) and was awarded a Guggenheim Fellowship in 1951. He also received the New York Music Critics Circle Award, the Naumburg Recording Award, the Alice M. Ditson Conductor's Award, and the Ernest Bloch Award. He was named Portland First Citizen in 1994 and was honored by the Portland Center for the Performing Arts Foundation for his contributions to the city's arts community. He also received the Portland Youth Philharmonic's highest honor, the Mary V. Dodge Lifetime Achievement Award for Alumni.

Jacob Avshalomov died in 2013. He is survived by his wife Doris and sons David and Daniel. 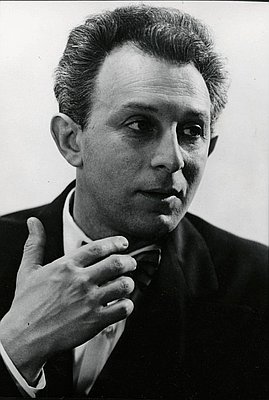 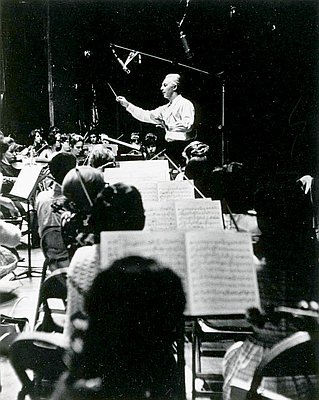 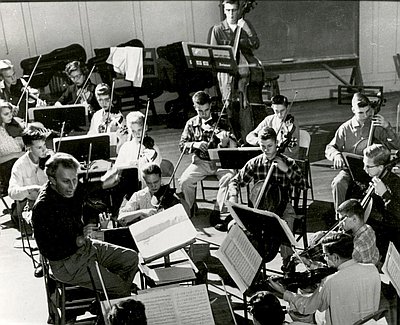 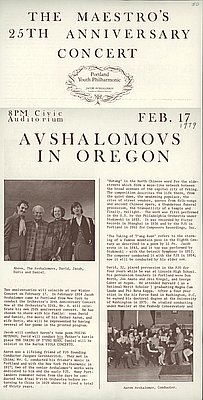 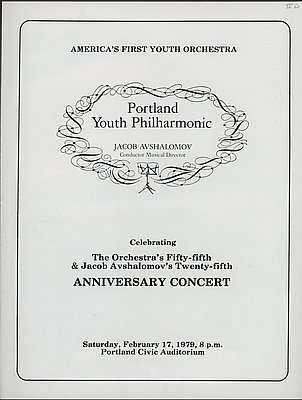 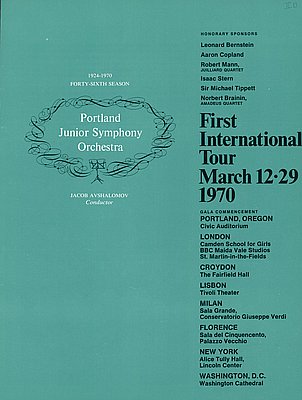 Ernest Bloch, a Jewish immigrant who spent his final twenty years in Agate Beach, was recognized in his native Switzerland as a child prodigy on the violin by the age of six. By nine years of age, he had written a pledge that he would one day become a composer of music. …

Established in 1924, the Portland Youth Philharmonic is the oldest youth orchestra in the United States. Its origins date to 1919, when violin teacher Mary V. Dodge—former leader of the Harney County Sagebrush Symphony—became the music director of Portland's Irvington School. In addition to the school's orchestra, she formed …

Tomas Svoboda is an internationally renowned composer, performer, professor, and conductor who has composed over two hundred works, including six symphonies, orchestral, choral, and vocal works, diverse works for large and small ensembles, string quartets, and solo instruments, especially piano. Over fifty of his compositions have been recorded, and there …