Art Alexakis is the lead singer and main songwriter for Everclear, an alternative rock band founded by Alexakis in Portland in 1992. In 2010, Everclear was in its third incarnation, still with Alexakis at the helm.

Identified with the Northwest grunge/punk movement of the 1990s, Everclear was initially dogged by some critics' evaluation that they sounded too much like Nirvana. But Everclear’s and Alexakis’s style distinguished itself with story-driven rock, increasingly with a pop flair and a strong sense of the “hook”—that is, the identifying musical or lyric phrase of a song.

Alexakis was born in Los Angeles on April 12, 1962. His songs reflect his difficult upbringing in southern California. His father abandoned him, his mother was poor, and he struggled with drugs, relationships, and the losses of his brother to a drug overdose and his girlfriend to suicide.

In recent years, Alexakis has been outspoken in support of drug awareness programs, issues affecting military families, and child support. He served as a delegate from Oregon’s Third District to the Democratic convention in 2004. In 2008, he wrote the politically charged “Jesus Was a Democrat” and made it available for free. Alexakis has called himself a "left-wing Christian."

In addition to his promotion of Everclear’s albums, videos, and heavy touring schedule, Alexakis has founded several independent labels and has served as a producer for other bands such as Frogpond and Flipp. 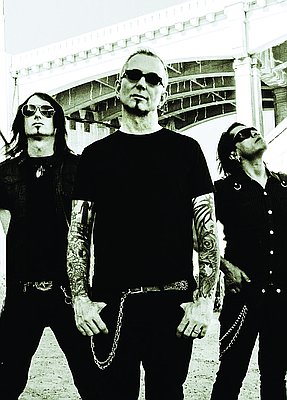