The Ainsworth House was built in 1851 on the high land east of Oregon City for Capt. John C. Ainsworth (1822-1893). Known as Mount Pleasant, the house was probably designed by one of Oregon’s earliest architects, Absalom B. Hallock. Mount Pleasant is regarded as a fine example of the Greek Revival style and is one of the oldest structures in the Portland area.

The Ainsworth House is built of milled lumber with a façade of four columns that form a portico and support a pedimented end gable. A second-story balcony is cantilevered under the portico. The entrance is flanked by tall, shuttered, double-hung windows that extend to the floor. The interior has a typical central hall plan, with a parlor, dining room, and kitchen on the left, and a staircase with a mahogany newel post and railing.

Captain Ainsworth had arrived in Oregon in 1850 from the Midwest, where he steamboated on the Mississippi. He came to Oregon to captain the new river steamboat Lot Whitcomb, launched on December 25, 1850. A widower, he married Nancy Jane White of Oregon City in 1851.

Ainsworth prospered as a founder of the Oregon Steam Navigation Company and later as a banker. He moved his family to Portland about 1859, where A. B. Hallock designed their new house, completed in 1862.

Mount Pleasant was rescued in the 1960s by Ruth McBride Powers, an early advocate of historic preservation. Although the once-rural surroundings became a landscape of residential subdivisions, Mount Pleasant has survived as a venue for weddings and corporate meetings. 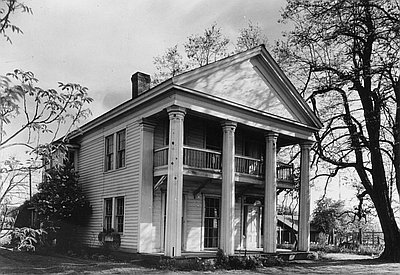 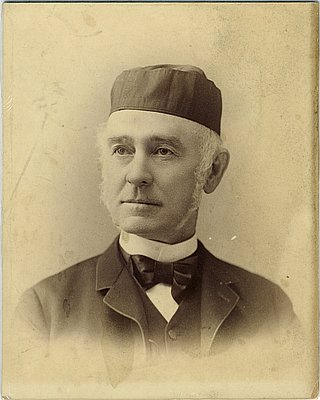 Absalom Barrett Hallock was the first established professional architect in Portland. He designed scores of houses, churches, and civic and commercial buildings, many of the latter with innovative cast iron facades. An enterprising entrepreneur, Hallock also surveyed Oregon cities and patented designs for improving the performance of steam engines. He …