Adrian, Malheur County, is a small, incorporated town on the eastern edge of Oregon, near the confluence of the Snake and Owyhee rivers. Adrian had its start on the eastern side of the Snake River as a remote village with a post office called Riverview. When the Oregon Short Line Railroad announced plans to built a branch into Malheur County along the western bank of the Snake River, Reuben McCreary platted a town site on 73 acres which he also dubbed Riverview. The railroad obtained a right-of-way from McCreary in 1911, but they didn't want a station of the same name on the west side of the river. McCreary suggested the name Adrian to commemorate his birthplace of Adrian, Illinois.

In 1915, the Riverview post office was moved across the river to the Adrian railroad station and townsite, and its name was changed to Adrian in November 1919. Until a bridge was built in 1915, a ferry took people and goods across the river between Riverview and Adrian.

The town is in an abundantly productive agricultural area supported by irrigation furnished by the Owyhee Dam some thirty miles upstream from Adrian. With the completion of the dam in 1932, people began arriving in greater numbers to farm and raise livestock.

Adrian is located on Oregon Highway 201 and is on South Alternate Route of the Oregon Trail that went along the south bank of the Snake River. This part of eastern Oregon is in the Mountain time zone. The 2010 census lists 177 people (70 households) in Adrian. The rail line has been abandoned and the tracks were removed in 2008. 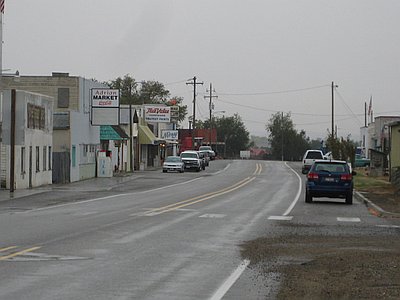 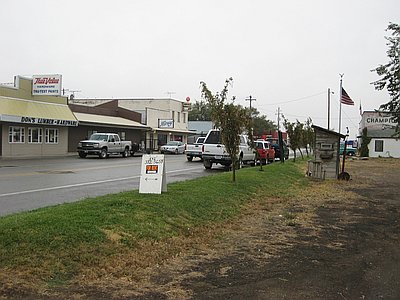 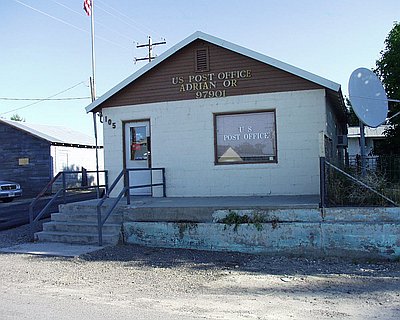 The town of Jordan Valley stretches along Highway 95 in Oregon’s High Desert. At an elevation of 4,385 feet, the town is on the north side of Jordan Creek, a tributary of the Owyhee River. Located on a volcanic plateau, Jordan Valley was shaped by volcanic eruption about 150,000 years ago. …

The Owyhee River, in the southeastern corner of Oregon, is a 280-mile-long tributary of the Snake River. It flows northward from its Nevada headwaters through Idaho, cuts through the arid uplands of southeastern Oregon, and flows into the Snake River on the Oregon-Idaho state line near Adrian. Much of the river flows through a remote …