Tualatin Riverkeepers, a community-based organization that works to protect and restore Oregon’s Tualatin River system, builds watershed stewardship through education, public access, restoration, and advocacy. Since the late 1980s, TRK has connected people to the river and helped preserve and restore the natural environment of the 712-square-mile Tualatin River watershed.

In 1989, a group of local citizens became concerned that the quality of the Tualatin River was declining as urban areas expanded and rural farmlands were lost. Taking the lead were Kathy Clair, April Olbrich, and Rob Bauer, who met to discuss the condition and health of the river. They determined that the best way to raise local awareness was to get people out on the river. The first Tualatin River Discovery Day was held in 1990, an event that brought community members together to paddle the river in canoes and kayaks. In June 2019, TRK will celebrate the event’s thirtieth anniversary.

In 1993, Tualatin Riverkeepers incorporated, secured 501(c)3 nonprofit status, and formed a board of directors. The organization also applied for membership with Waterkeeper Alliance, an international group working to protect waterways from pollution. The first Green Heron Herald newsletter was sent to members in 1994, and the first paid staff person was hired in 1995. The governing board and staff, which includes an executive director, an office manager, and program coordinators, is backed by committees and hundreds of volunteers and members.

The Watershed Watch Committee advocates for a healthy watershed by partnering with government agencies to address concerns such as erosion due to excess runoff and toxic algae blooms. Working with local and state agencies has given Tualatin Riverkeepers a voice in land-use planning and regulatory reform. TRK holds community forums throughout the year to help inform and educate community members.

Tualatin Riverkeepers is leading the effort to increase the number of public access points to the river, from Hillsboro to West Linn. The organization operates a boat rental facility at Cook Park in Tigard during the summer months, offers guided paddled trips throughout the paddle season, has installed river-mile signs on the river, and publishes A Paddler’s Access Guide to the Tualatin River Trail. The Trips & Tours Committee assists staff with volunteer paddle-trip leader trainings and helps coordinate the annual Tualatin River Discovery Day paddle.

TRK has completed several major restoration projects in partnership with governmental agencies and private landowners, restoring hundreds of acres of watershed to its native habitat. An annual River Clean-up is held in the fall, and on-the-ground restoration events (invasive species removal and native plantings) are conducted throughout the year. Assisted by Volunteer Naturalists, Tualatin Riverkeepers leads nature awareness field trips for students, offers classrooms presentations, and holds week-long nature day camps in the summer. The annual meeting, which is open to members as well as the public, is held in January. The Green Heron Gala fundraising event is held in honor of a community member or group for positive contributions to the watershed in the spring. 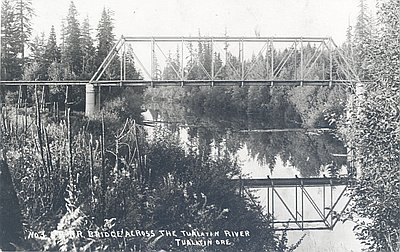 The City of Tualatin is twelve miles south of Portland, on the southeastern edge of Washington County and extending into Clackamas County. The town was an early EuroAmerican settlement in the Tualatin Plains, a highly productuve agricultural area with wide, open areas and fertile soil which attracted many emigrants during …